Dying boxwood? - Ask Extension
Hey, Miri! Another question about a possible plant death - this time old boxwoods. The dead part of this one is expanding gradually. Should I remove ...

Hey, Miri! Another question about a possible plant death - this time old boxwoods. The dead part of this one is expanding gradually. Should I remove all the dead parts? And do you know what's happening? Two other boxwoods in the same raised bed are doing fine. 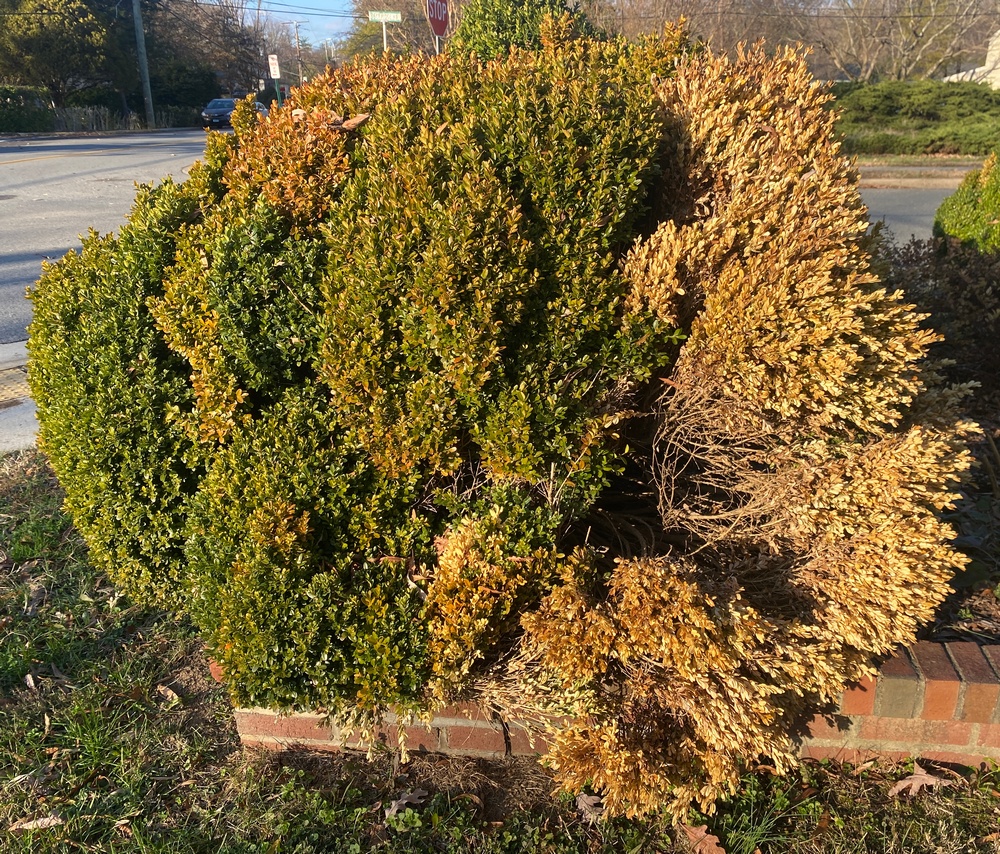 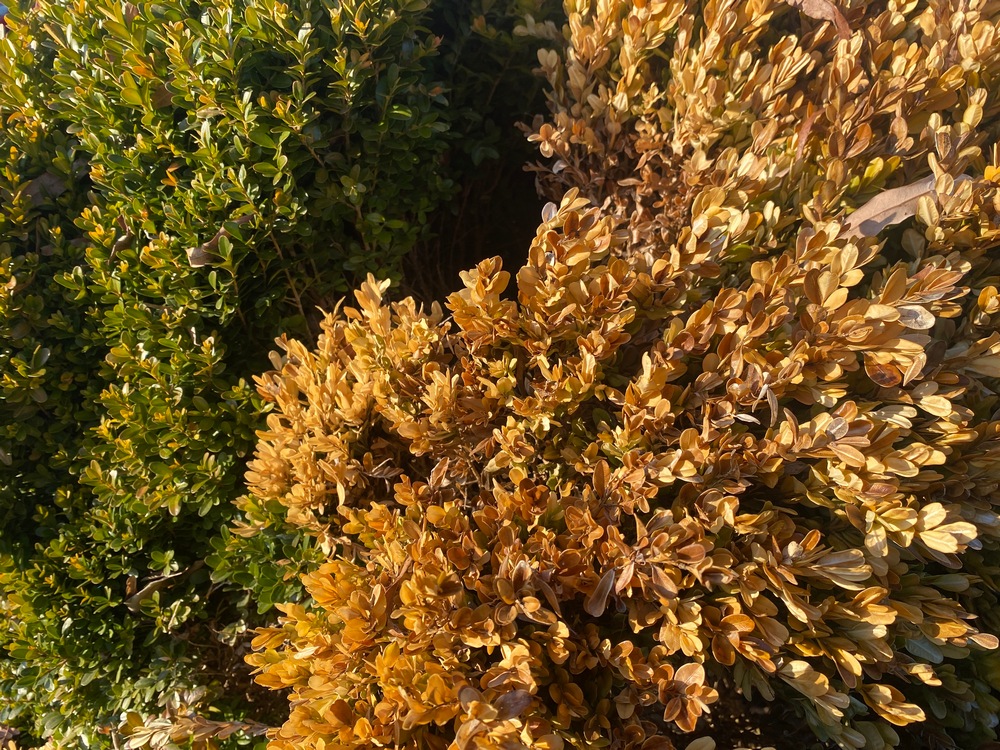 This appears to be damage from either voles injuring the base of the branches connected to this dieback, or an infection like Volutella. (Not Boxwood Blight, as the dead leaves would have completely shed by this point.) It's difficult to be certain what the exact cause was, since it can also be a result of chronic or recurring stress, such as from drought given the relatively shallow roots boxwood grows, root disturbance from digging, salt exposure from ice melting products or over-fertilization of the shrub or nearby lawn, and similar environmental factors that don't involve a pathogen or insect.

The pink-toned spores produced by Volutella on the leaf undersides are diagnostic, but if the weather isn't cooperative the fungus might not be sporulating when the leaves are inspected. If you don't see gnawing injury on the lower bark (Try looking after a good rain, though time of year may matter also.) It's also possible both vole damage and Volutella are present and overlapping, since several ailments plague boxwoods in our region, especially among the more disease- and pest-prone American/English types (Buxus sempervirens and its cultivars). The Asian boxwood species/hybrids tend to be a bit more resilient and resistant, including newer varieties introduced in recent years that have good tolerance for boxwood blight.

Boxwoods are best when not sheared since this creates a denser outer layer of foliage that decreases air circulation, which in turn can allow for higher incidences of pests and disease. Plus, since it reduces the light reaching inner foliage and buds, it speeds defoliation of the interior and hampers regrowth when branches die back and need to be replaced. As an alternative when pruning is desired, thinning is the ideal approach.

For now, the dieback will have to be pruned out since branches bearing brown leaves will not refoliate. You can either leave the shrub as-is after that to see if the bare sections gradually regrow, or you can use a more drastic approach and cut the entire shrub down to a very low point, which will keep regrowth more evenly distributed for aesthetics. Granted, given the slow growth rate of boxwoods and the temporary stress this causes the plant, recovery will take several years. Or, if simpler, it can be replaced with either a more disease-resistant cultivar or a different evergreen.