Hello, Would you know if it's too late in the season to plant a Christmas fern outside? It grew very large in a pot over the summer. Now we realize it's nearly too big to keep inside over the winter. But if we have to, we will! Thank you, Julie Donatelli

If this is a Christmas fern (our cold-hardy native, Polystichum acrostichoides), they tend to not grow very large and should definitely spend the winter outdoors in the ground. Indoors, they would stay too warm, possibly not go dormant, and would not live as long due to lack of a chilling period. You can plant now; mulching over the root zone afterwards will help to insulate it against drastic temperature swings. If you wish to keep it in a pot for next year, then heel it in. Heeling-in means planting it in the ground with the pot still on, which takes advantage of the root-insulating properties of being in the ground while still allowing you to easily move the plant back to where you want to display it in spring without the stress of transplanting.

If this is a Boston fern, Sword fern, Kimberly Queen fern, or kin (all Nephrolepis and more commonly used as potted ferns), which tend to grow fairly large and fairly quickly, then these are tropicals and need to overwinter indoors. Ideally, they should have been brought in before our first autumn frosts, but they are more chill-tolerant than most other tropical foliage plants. If too large to handle, they can have some fronds clipped off to reduce its overall size. The fronds may or may not regrow before spring, and it can be moved back outside around mid-May.

Was this plant grown inside or outside over the summer? You can share a photo of the plant if you happen to be unsure of what type of fern it is.

Mira Talabac Replied November 23, 2021, 12:05 PM EST
Thank you, Miri, for all this helpful info.Here are some photos. I assumed it was a Christmas fern due to the small points/peaks on the sides of the pinnae. But perhaps it's something else - it has gotten very big, maybe 4' in diameter. 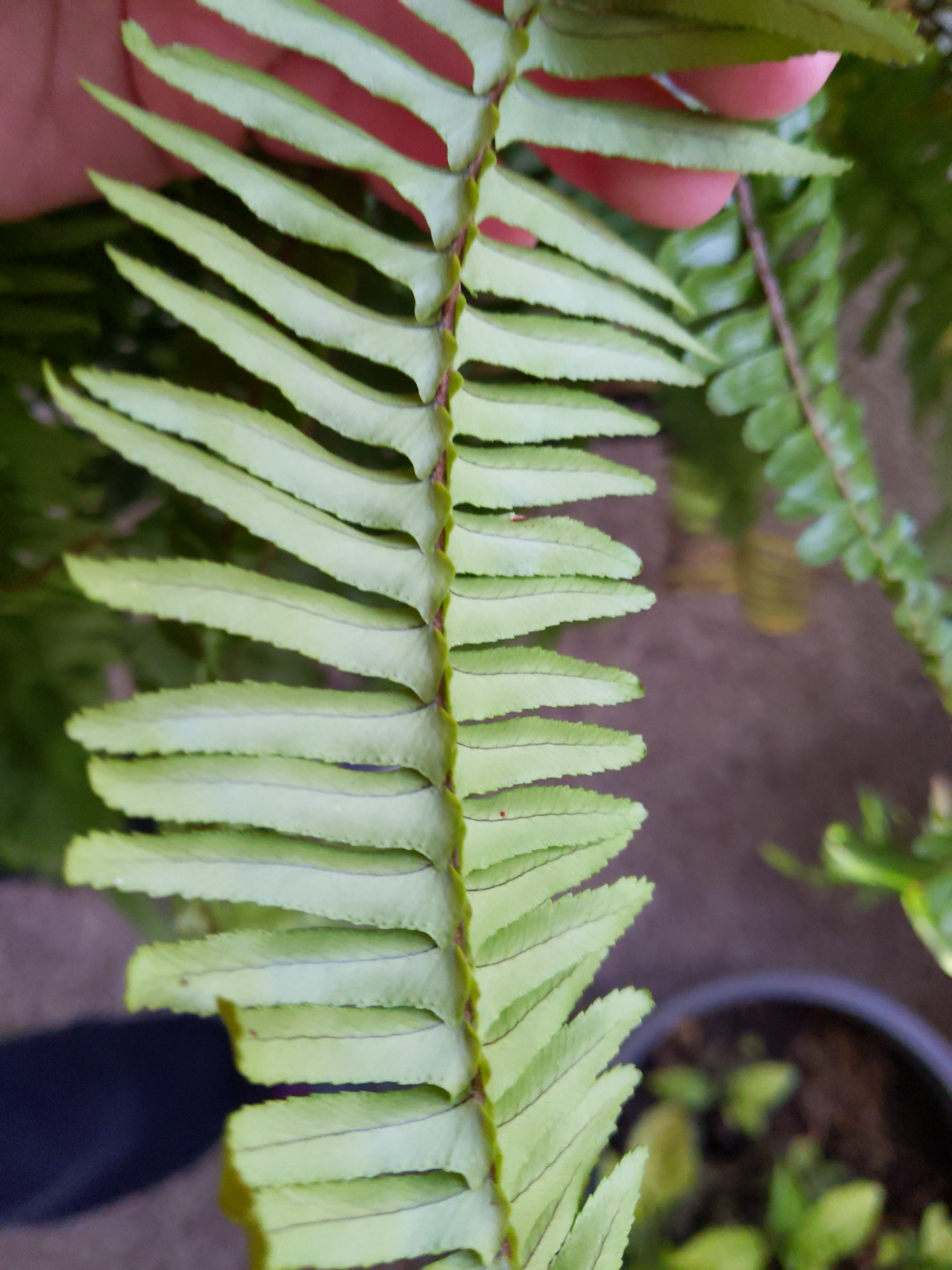 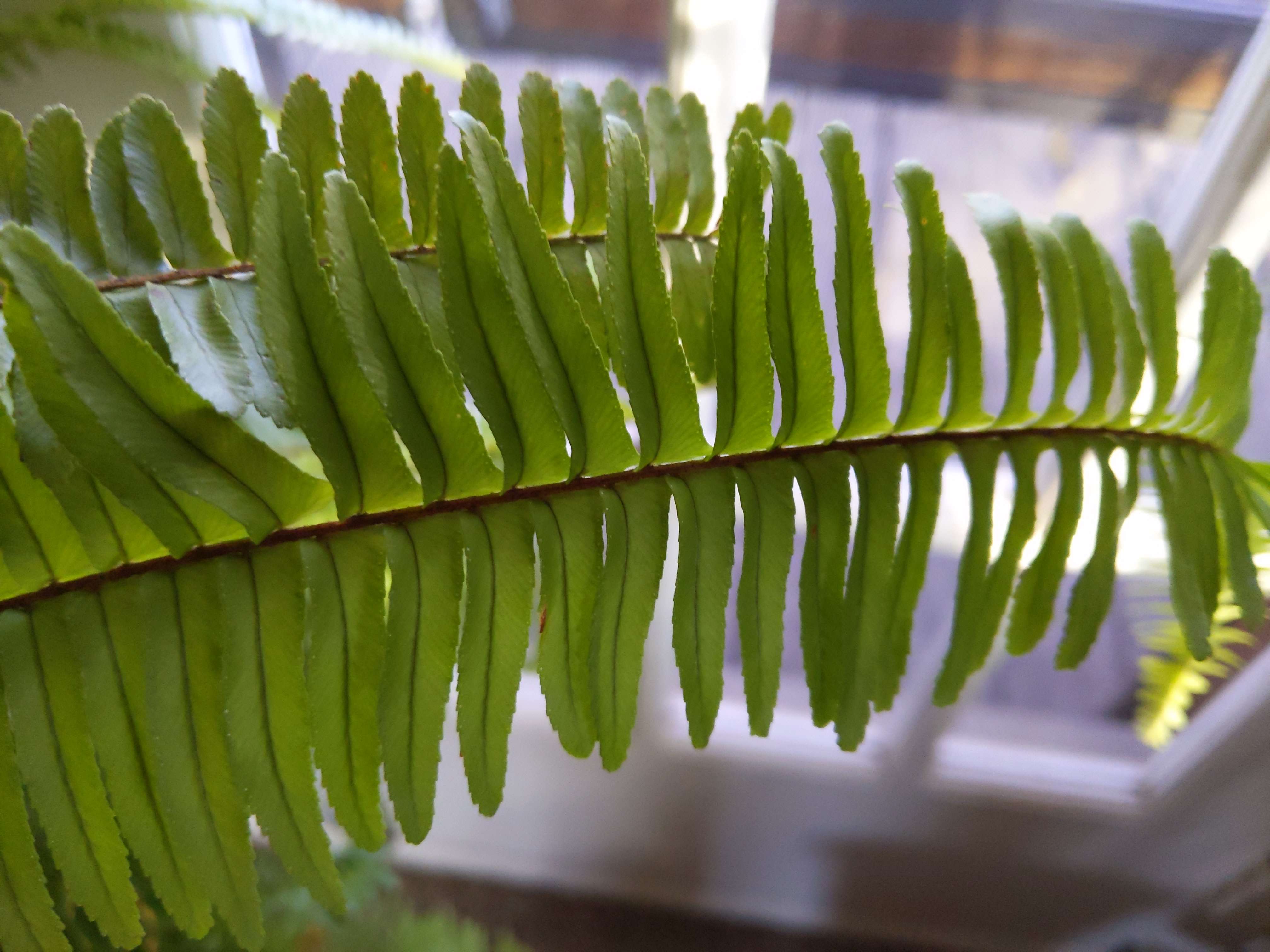 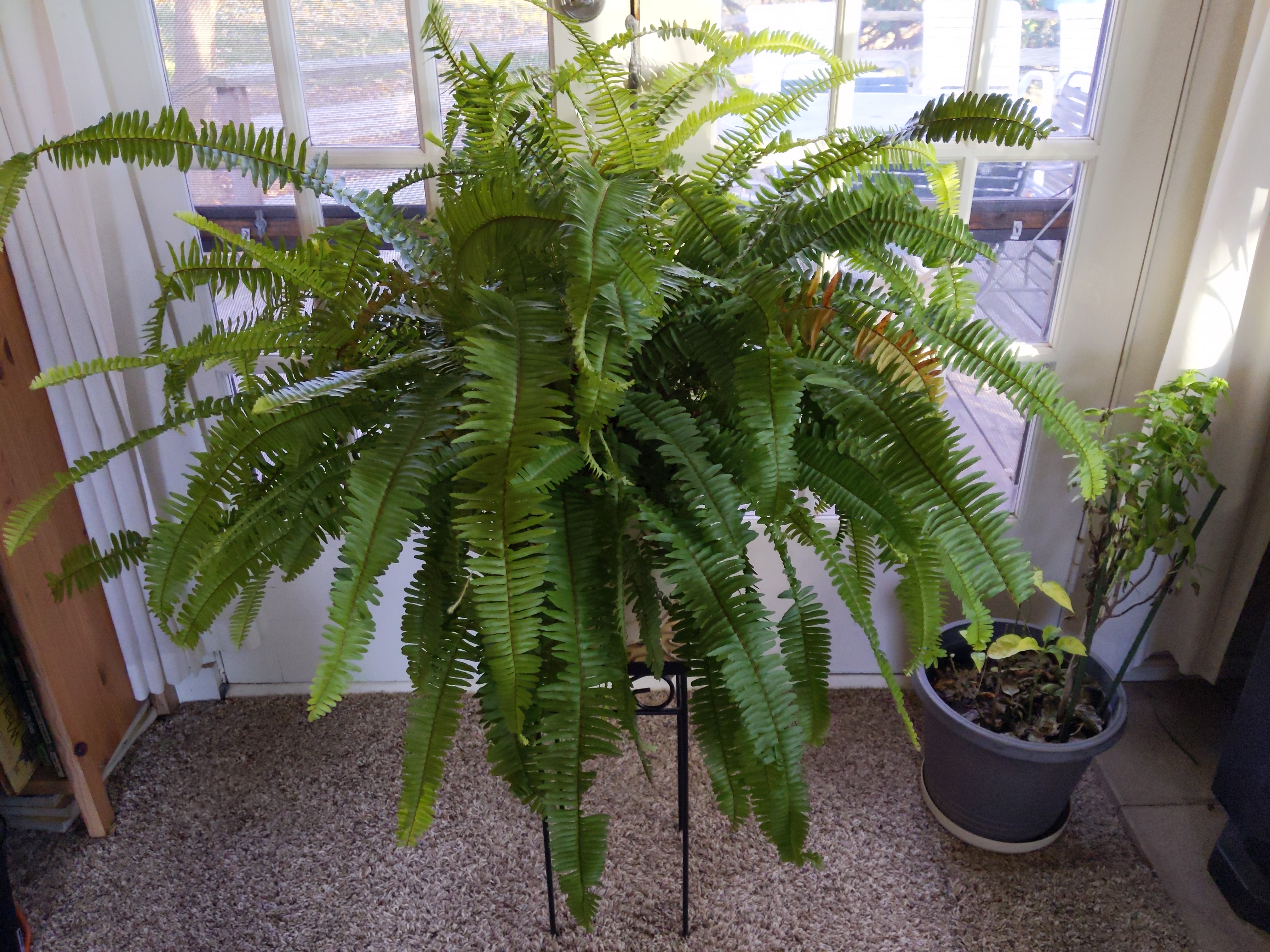 That can be a useful characteristic for fern ID among our locally-native ferns, but in this case it can occur on other fern species as well. This does not look like a Christmas fern but does look more like a Boston fern (or relative in the Nephrolepis genus). The growth habit and speed at which it attained this size also suggest Nephrolepis. Additionally, if you originally purchased it as a potted indoor plant, for instance, it probably won't be a Christmas fern, though occasionally young ferns sold as terrarium plants are actually cold-hardy species.

Looking at the spore arrangement underneath the pinnae would be a more concrete way to separate the two. It's possible/probable this plant isn't producing any spores, though, so based on our tentative ID that this is a non-hardy fern, it should stay inside for the winter.