I harvested my potato field yesterday. I planted three types of Potatoes; Magic Molly, Le Ratte & a baking potato that I can't remember what it was. I harvested potatoes and all of them were fine until the end. When I was harvesting the last row of Baking Potatoes, three of the potatoes were mushy and exploded in my gloves like a ball of white puss; no other coloration that I noticed. All other potatoes were firm, but I did not inspect them carefully. Reading various disease articles, I was thinking this may be Late Blight, but not sure. In addition, I did something very stupid.....the three potatoes that exploded in my hand I just through back into the field....I now realize that I should have thrown these bad specimens in the trash. Questions: 1. Do you think this is Late Blight? 2. If so, it appears that rototilling any volunteers or potatoes back into the ground will help eliminate the Blight....correct? 3. Should I separate the baking potatoes from the others for storage to limit any exposure? 4. I am also rotating my crops, so potatoes and I guess Tomatoes should not be planted in this bed for at least 1 year....Correct? 5. Any other suggestions would be appreciated.

FYI....I have two good jpegs of the problem potatoes, but when I try to upload them I am getting an error "Do not use images you downloaded from the internet.  Only use pictures you produced." which is preventing me sending you the images.   These are images I took, so not sure why your app is preventing me uploading them.

I have several questions about your potatoes.  Did you notice any wilting and browning of the potato foliage?  Could the mushy potatoes have been frozen or frosted?

A mushy potato could be caused by many things.  If most of the potatoes look normal and don't have mushy parts, they are probably fine. It would be a good idea to store the varieties separately, with attention to temperature and humidity as much as possible.

It is recommended that potatoes should be rotated for 3 years, and this would include all related plants, such as tomatoes, peppers, and eggplants. This is not easy in a small garden.

Below is the url for more information from CSU Extension. I don't know why you can't upload your photos.

Another option is to email the photos to the Jeffco Plant Diagnostic Clinic.  Put your ask extension number in the Subject field.

Plant Clinic Replied October 20, 2021, 4:28 PM EDT
Hello,
Thank you for getting back to me on my potato questions.  Below are my answers:
I actually found the mushy potatoes that I had back into the garden and took pictures of one which I attached. What do you think?
Dave
On Tuesday, October 19, 2021, 01:14:44 PM MDT, Ask Extension <askextension@eduworks.com> wrote: 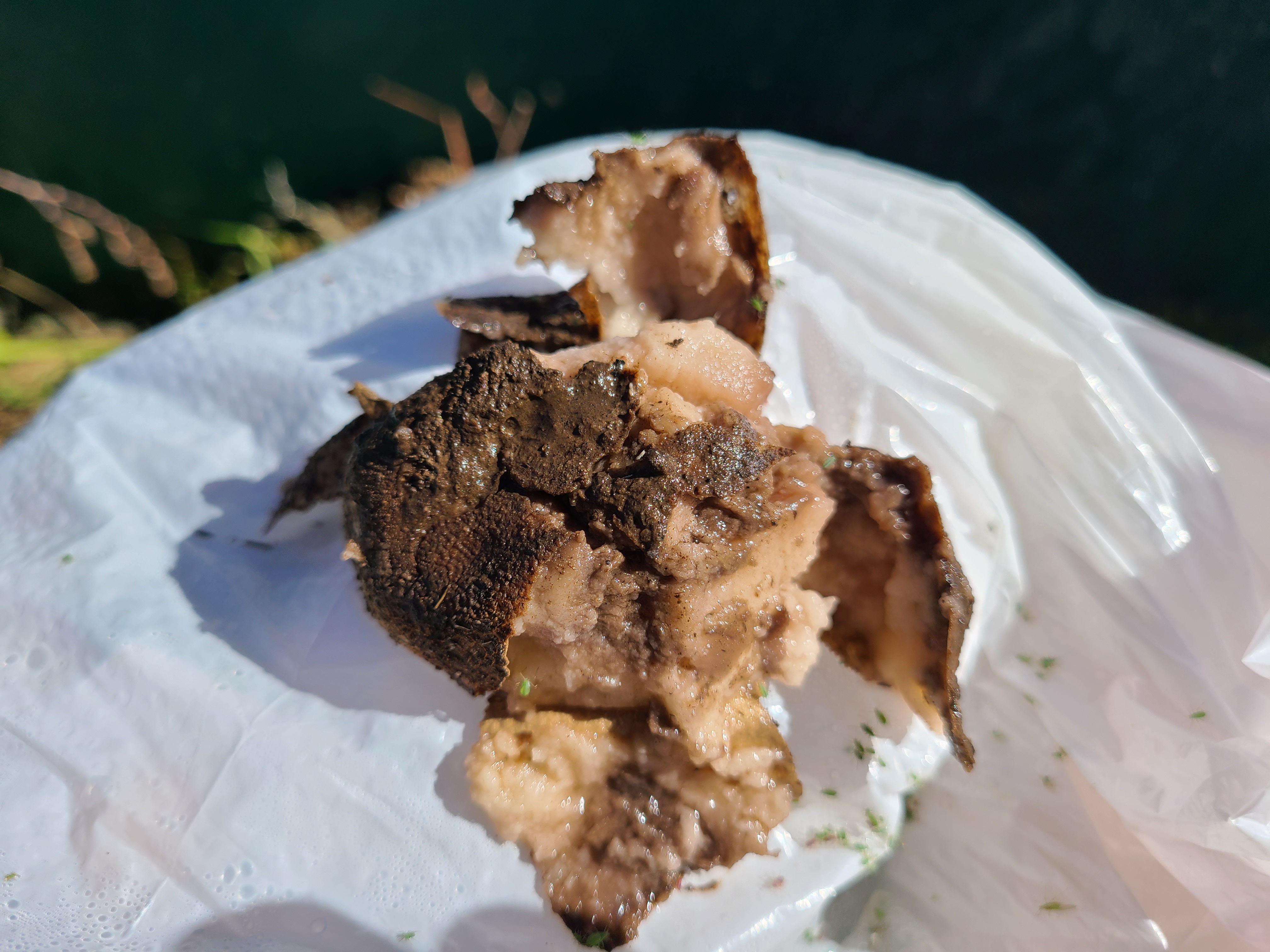 Thanks for the picture.  It is not possible to tell from a picture if the mushy potato has late blight, but if you could submit a sample of that potato to the clinic we could test it and either confirm or rule out late blight. There is a $20 charge for the culture of your sample. Your potatoes that look healthy are OK to eat.

Thanks for contacting the Plant Clinic.