Hello, I'm needing to eradicate an infestation of malta starthistle. We live in the village of Briarcliff on slightly less than 2 acres. There are now 2, roughly 50 sq ft areas that have been completely taken over. Do you have recommendations for getting rid of it? I've been told solarizing the areas and putting down corn gluten underneath the black plastic could possibly kill it off. I've also been told to spray with vinegar - both of these would, of course, kill everything else. I've read there are also a type of weevil that can be introduced that can kill it off. Do you agree with any of these approaches or perhaps have others? 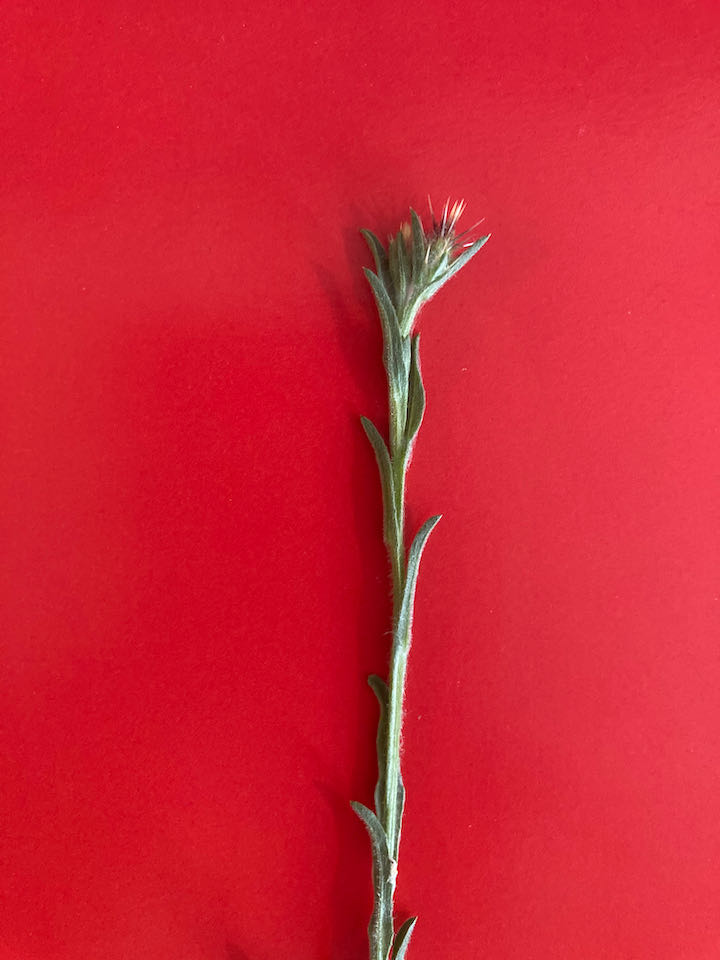 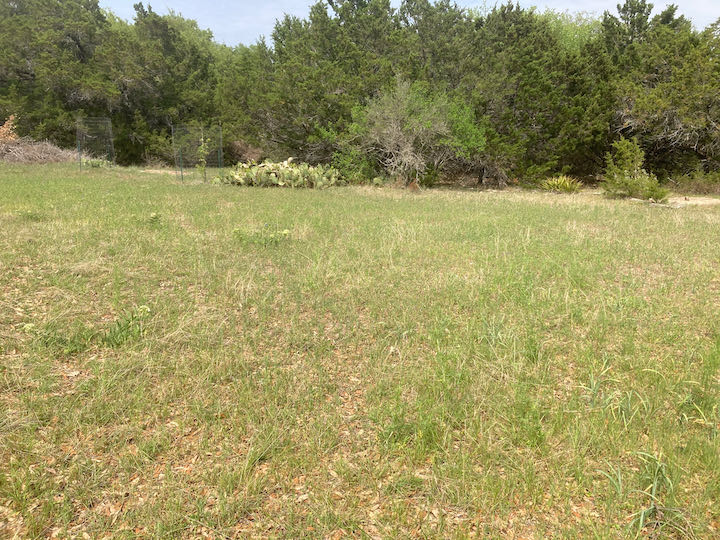 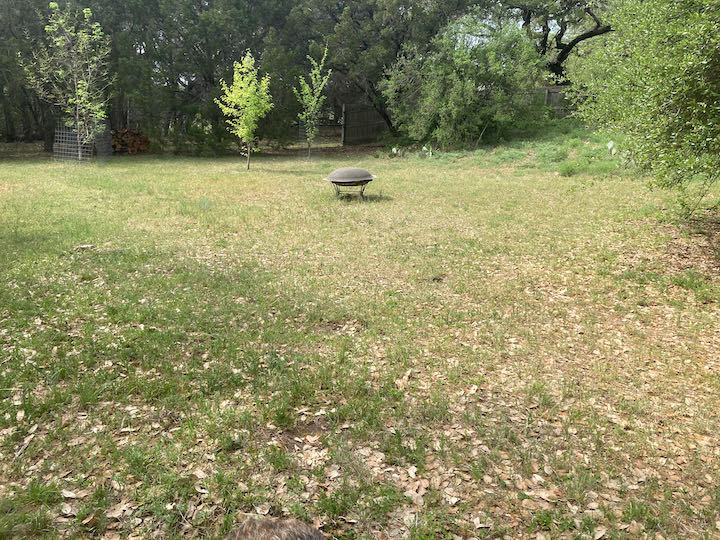 You can eradicate Star Thistle with perseverance. These plants are heavy seeders and that's why they are so hard to get rid of.

First of all, here is a great resource from the US Forest Service that you can use for guidance: https://www.fs.usda.gov/Internet/FSE_DOCUMENTS/stelprdb5410133.pdf. The Texas Invasives database has the same advice and more links should you want to pursue the topic: https://texasinvasives.org/plant_database/detail.php?symbol=CEME2

The main thing is to prevent it from blooming and setting seed. Whether you use herbicide or a hoe, you will want to target the plant in the rosette stage. That normally starts occurring in the late fall. December is a good month to see the rosettes that have sprouted from the seed bank. If using a hoe, be sure to remove as much of the taproot as you can. I normally use the hoe to loosen the surrounding soil and then pull the plant up to get the root. Do not compost these. Put them in your garbage or burn them (if it's safe to do so.)

You can try solarizing the area to eliminate the existing seed bank. This will not kill them all, but it can reduce the number of rosettes that form so that you can keep up with weeding.

Corn gluten is generally used as an organic way to kill sprouting seeds. We don't have any research to share with you on this. Be aware that the corn gluten also contributes some nitrogen to the soil, so in effect you will be fertilizing the survivors.

Vinegar is often mentioned as an organic herbicide. We don't have any research to share with you on how effective it might be. In practice, vinegar usually burns the top growth on the plant but does not travel to the roots systemically like a herbicide. This is why it's effectiveness varies plant to plant and application to application.

The insects that you are referring to have already been introduced across the United States and are occurring in Texas. They all attack the flower and have some success on reducing the number of seeds produced.

No matter what you choose to do, don't give up!

I'll address each of your suggested remedies in a Q/A format.

Q1.  I've been told solarizing the areas and putting down corn gluten underneath the black plastic could possibly kill it off.

A1.  If properly done, solarization will probably work to eliminate the Malta starthistle, but it is a lot of work to do it properly.  It will definitely kill the plants and possibly kill all of the seeds in the seedbank. If the solarization is done properly, it also will kill all of the other plants, as well. I would recommend using clear plastic as opposed to using black plastic because the black plastic itself will absorb much of the solar radiation and get hotter than clear plastic will get.  The desired effect is to heat the soil beneath the plastic and the clear plastic will allow more of the solar radiation to reach the soil and heat the soil.  When I was in Israel, I toured the Arava where there is intensive ag production and the Israelis use clear plastic to solarize large tracts of land.  I don't have any opinion as to whether adding corn gluten under the plastic will improve the effects of solarization.

Q2.  I've also been told to spray with vinegar - both of these would, of course, kill everything else.

Q3.  I've read there are also a type of weevil that can be introduced that can kill it off.

A3.  There is a species of weevil that was imported to the U.S. in an attempt to control the thistle using biocontrol.  It has been marginally successful, at best.  to My knowledge, that weevil is not available commercially.

In viewing the pictures, I see that your grass stand is quite thin.  One of the best means of controlling plants like the Malta starthistle is to promote a dense stand of grass since the grass prevents the weeds from growing.  I learned the hard way that mowing the yellow starthistle was counterproductive since it would flower when the plants were only two inches high, below the mower blades.  So, in my opinion, mowing the Malta starthistle will not eliminate it.

If you aren't averse to using herbicides, the herbicides listd int e USDA publication (link below) will be effective in helping to eliminate the Malta starthistle - more effective than using vinegar.  By the way, the "vinegar" that would be used is not the household vinegar that we use in the kitchen, but it is the commercial strength acetic acid.

I have had yellow star thistle on my own property, covering two out of ten acres, and I eliminated it manually.  From the management standpoint the two species are quite similar.  I own a rice-field shovel that I sharpen to a razor-sharp edge and I would devote a couple of hours on each of several Saturdays when the plants were starting to bolt.  I would walk around and cut the plants off by jabbing the shovel into the ground at three to four inches away from the base of the plants while holding the handle of the shovel at a 45 degree angle.  Once the cuts were made I would push down on the handle and lift the plants out of the soil to ensure they would die. I would effectively cut the plants off in a way that they would not regrow.  I did this for three succeeding years and eliminated 99.5% of the the yellow star thistle. If I missed a plant and found it after it had formed flowers, I would collect the plant and burn it to destroy the seeds since I didn't want to add additional seeds to the seedbank.  I have pasted, below, a link to a comprehensive USDA publication on managing Malta starthistle.

I wish you well in getting rid of the Malta Starthistle. Please feel free to contact me if you have additional questions.