Hi there! I just moved into a condo in Chapel Hill, and there are two hollies outside that I'd like help ID-ing. They also don't seem to produce very much fruit, and I'm wondering why. The HOA's landscapers came through recently and sheared them, and I'm wondering if the timing of the pruning had anything to do with it? Is there a best time to prune hollies for berry production? 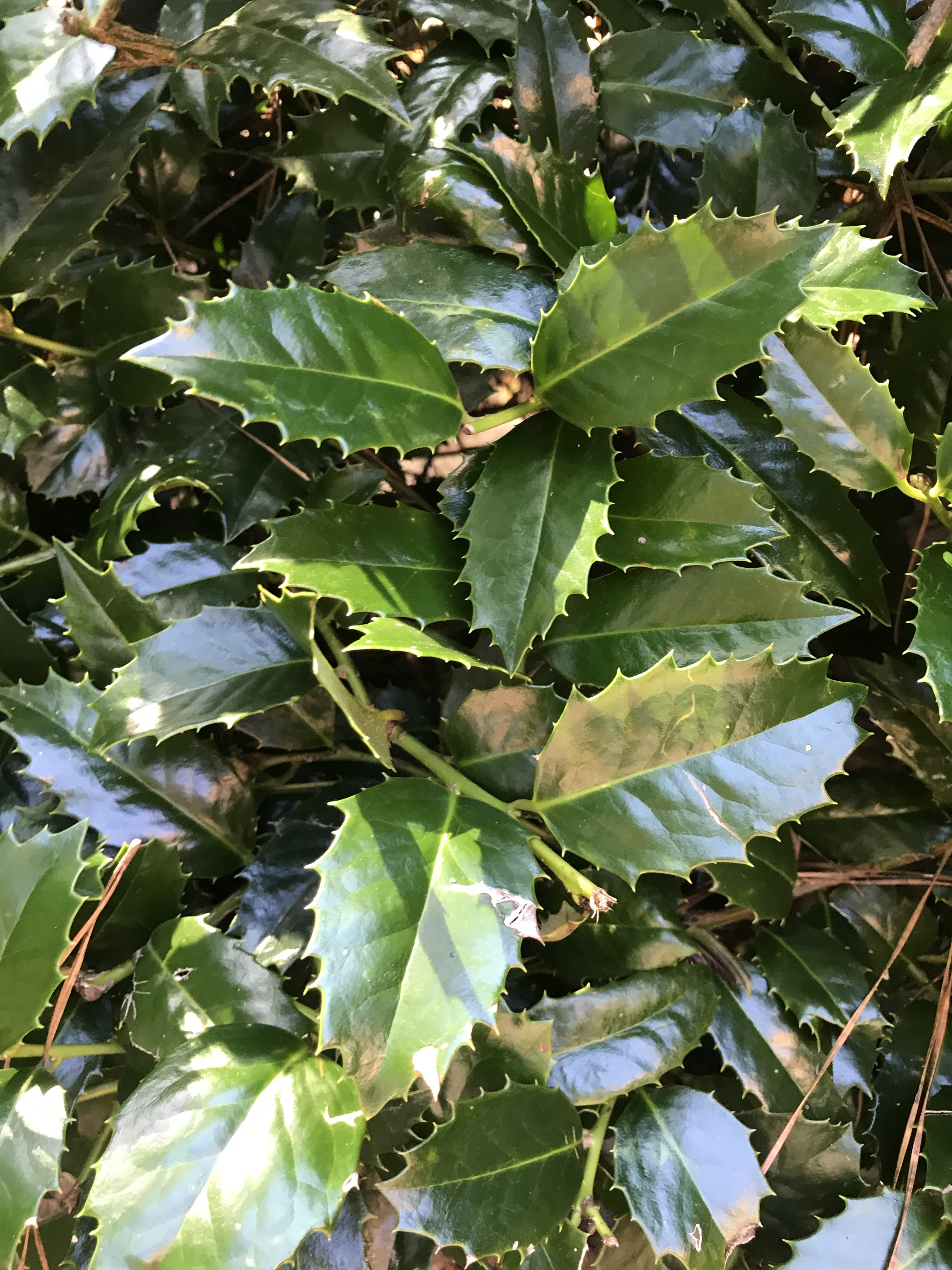 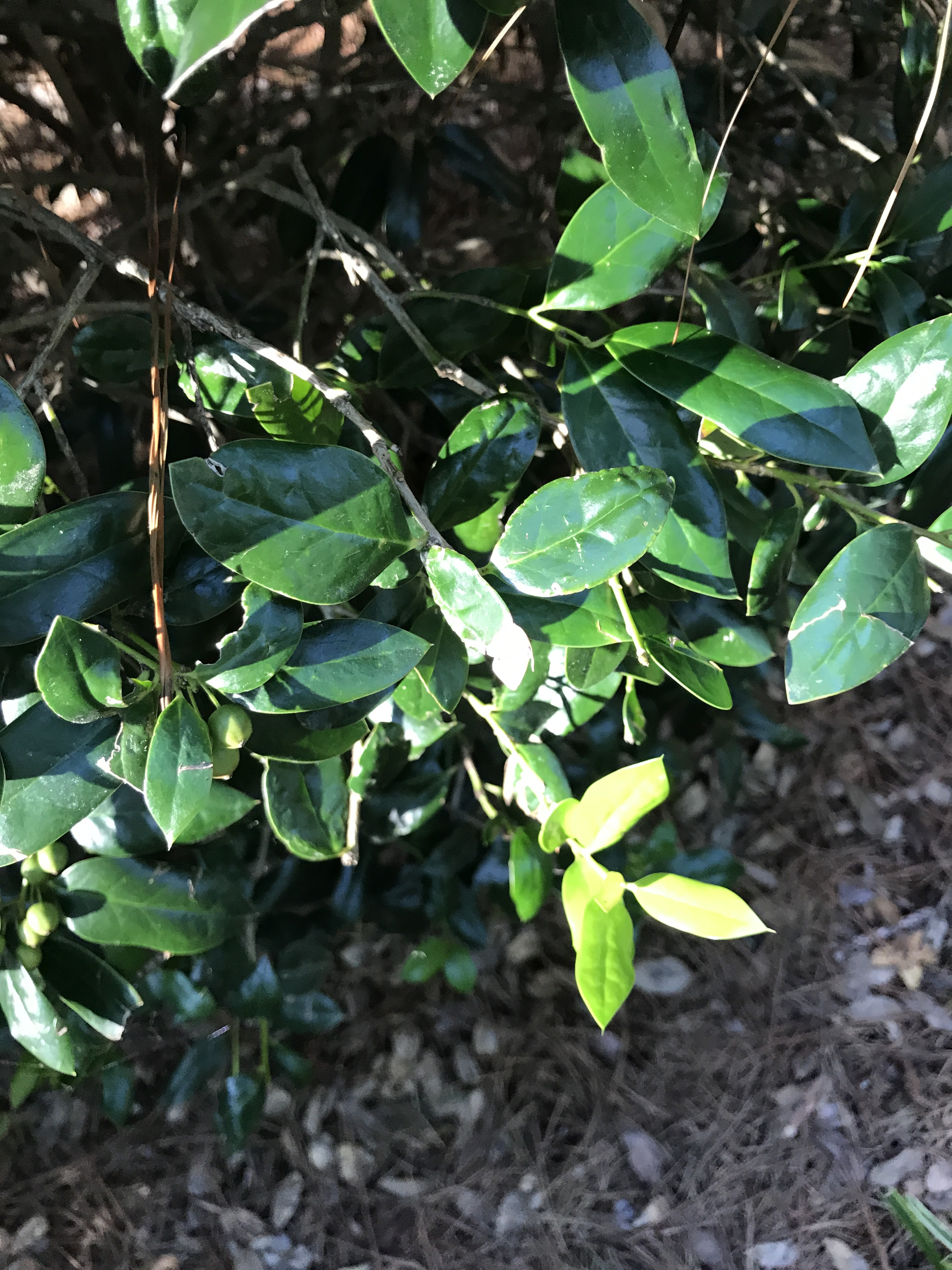 Both American and Chinese Holly are dioecious.

Both sexes must be present to produce fruit (dioecious). If you have a male plant, it won't produce fruit. [of two houses- there are male and female plants]