We found this spider while cleaning out overgrowth in a semi-wooded area near Clemmons, NC. What we thought was a rotted iris rhizome, turned out to be it’s home. It came running out while we handled it. The only thing google search would give for a result was Sydney Funnel Web spider. Obviously, they don’t live in NC, right? What kind of spider is this? We caught it and froze it. It’s thawed in the image below. The second image is the structure we found it in. I’m holding a flap open with tweezers. 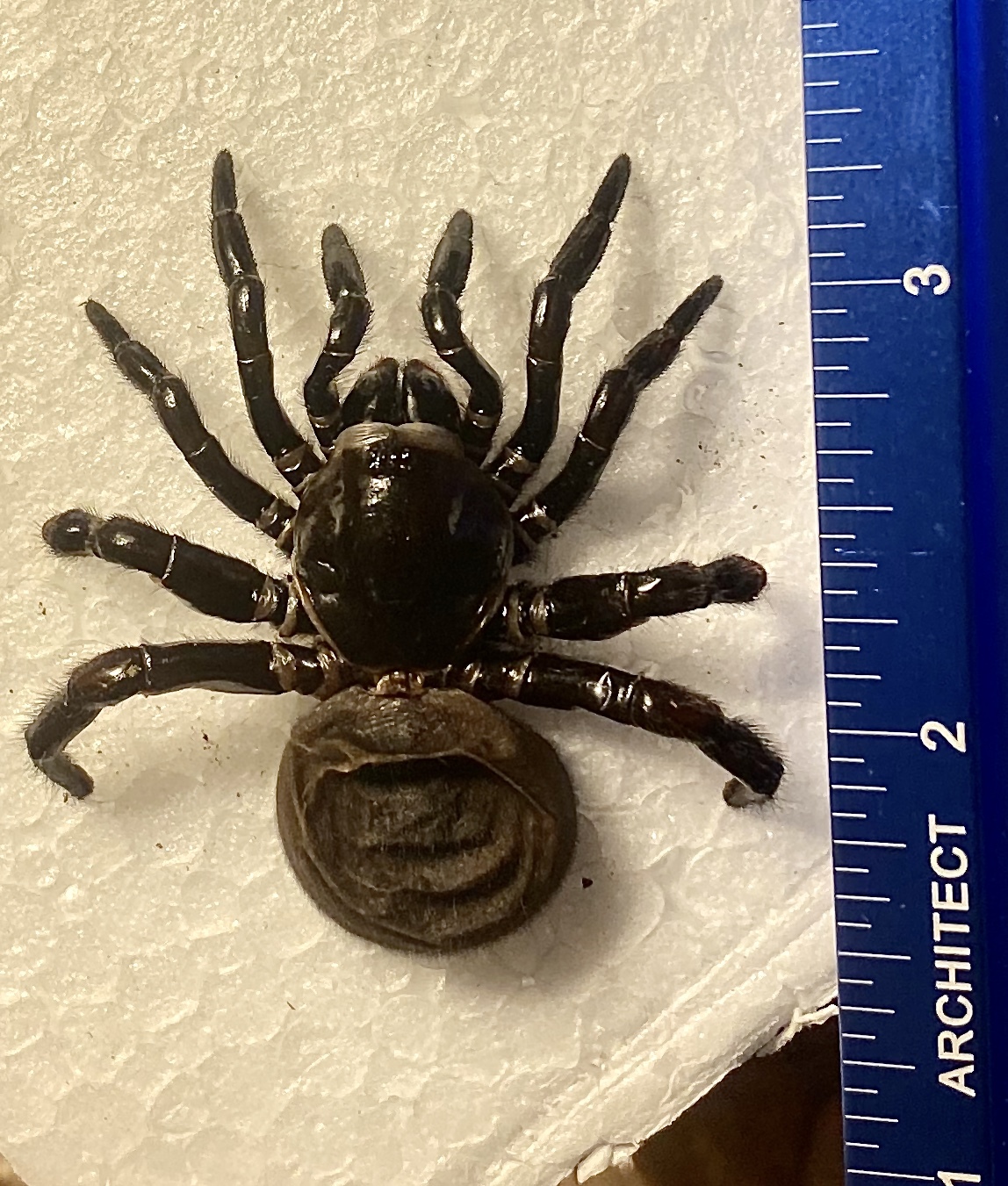 Thank you for your question. The spider in your photograph is the southern trapdoor spider, scientific name Ummidia audouini. It is in the family Ctenizidae. This species is found from Virginia south to Florida and west to Illinois and Oklahoma.

They are rarely seen except during periods of heavy rains when their burrows flood or occasionally at night when they may hunt some distance from their burrow. Most of the specimens I've seen were inadvertently dug up like yours. The female usually hides in her burrow with the trapdoor slightly ajar and pounces on prey as it wanders by. The entire burrow and the inside of the trapdoor is lined with silk. The exterior side of the trap door is so well camouflaged that they are almost impossible to spot. Sometimes you can detect the eyes of the spider in its burrow by using a flashlight. If you get too close, however, the spider will close the trapdoor. You can then come back during the day to try to locate it.

This spider is in the same suborder as the Sydney funnel web spider, Orthognatha, also referred to as the mygalomorphs. Mygalomorphs are classified as primitive spiders and their chelicerae, which hold the spider's fangs, move up and down. The more advanced spiders, Labidognatha, have chelicerae that move laterally.

Here's a link to blog post from the NC Museum of Natural Sciences "Soil Sidekicks" blog that features the southern trapdoor spider:

I hope this answers your question, and thank you for contacting Ask an Expert.