I repotted this 3 year old Indoor pineapple plant (family joke present from a relative) In the spring and moved it outside when the weather was warmer. The soil was totally replaced by bagged potting soil. Today I found these Worms in the soil and on the plant. What are they? I threw out all of the soil onto the ground, watered off the plant and roots and repotted the pineapple plant again with bagged potting soil. 2nd question: should I treat the ground area where I threw out the wormy soil? If so, with what? 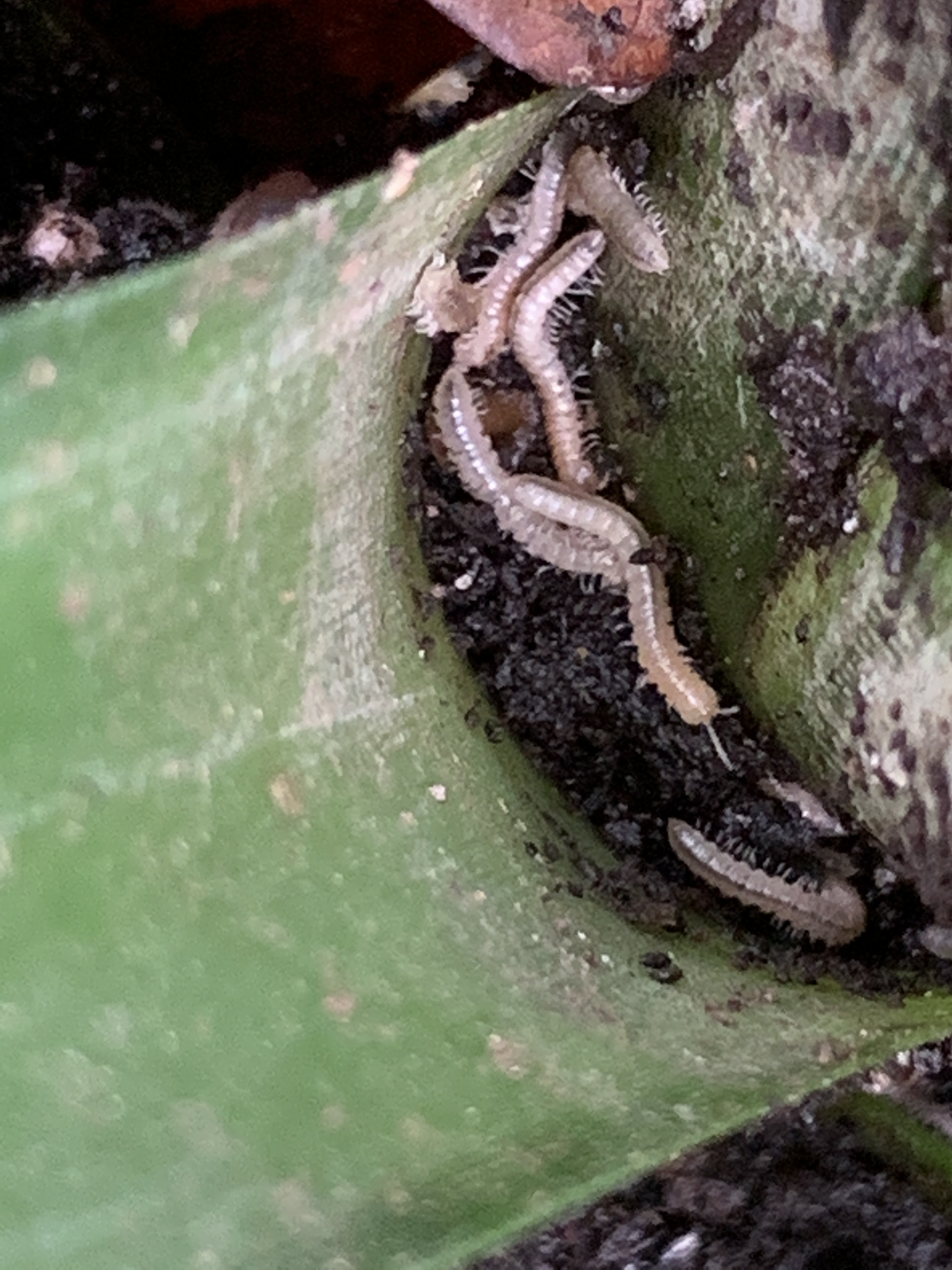 These are millipedes, which are detritivores - they consume dead plant tissue and other organic matter. They are harmless, though some species can secrete odorous and mildly irritating fluid from glands on their bodies if disturbed (like being pinched, like a predator trying to bit them). They should not harm the pineapple, but their presence might indicate the beginnings of rot on the stem or in its roots. They could have been in the bagged potting soil if it was stored outside on the ground and got wet, but it is equally likely they crawled into the pot while it was outside. As the weather warms up and dries out, a potted plant presents a damp, cooler shelter that might be appealing. You can keep the pot raised off the deck/patio with "pot feet," which hold the bottom of the pot an inch or so up to allow for better airflow and drainage. (They're usually sold in packs of three or four, and are typically ceramic or terra cotta.) Millipedes are beneficial in the garden because they help recycle dead plant matter and release nutrients into the soil - like earthworms - so no treatments are needed.

Make sure the pineapple is not being kept wet - they want the soil to dry out a fair amount between waterings, and need bright light to thrive. Larger pots will stay wetter for longer after each soaking, so a smaller container might be beneficial to avoid over-watering. If the pot sits on a saucer (which is not necessary outdoors), make sure it gets emptied right away so the drained water does not re-absorb into the soil to drown the roots.