We have a cabbage that has formed 2 separate heads. We were told this is very uncommon. What is your take?

Uncommon occurances may seem unnatural to us, especially when we dont understand what is happening or why it is happening.
I would agree that a two-headed cabbage is not a common occurance. A typical cabbage crop is grown to produce one large head, and then the crop is usually terminated once the head is harvested.
In the most simple terms, cabbage is just a mustard plant that humans have selectively bred for generations to make it look the way that it does. A "head" of cabbage is simply a plant whose stem is extremely vertically compressed; there is almost no stem length between leaves. Each compressed leaf envelopes the leaves above it and they all wrap tightly around one another. This can be seen when a head of cabbage is sliced in half, vertically. In the stock photo shown below, you can see the stem growing up through the middle of the cabbage, and each "layer" of the cabbage is just a big leaf that is wrapped around and compressed into the other leaves.
Apical dominance is a term used in horticulture to describe a plant's tendancy to put the most energy and growth into the twig/branch/stem/growing point which is  the most central to the plant.  The plant grows this most central point faster than any other side branches/twigs/stems.  However, when that apical bud is removed (you've probably heard people talking about "pinching off" the tips of certain plants), apical dominance is transferred to the stem(s) that are second-most central. For example, in a salvia plant, if you pinch off the apical bud on a single, fast-growing stem, it will stimulate the plant will to grow the first two "side shoots" below the point that you pinched.
I believe something similar happened to your cabbage plant when it was young. Perhaps before you bought it or maybe during the car-ride home, your young cabbage plant's central growing stem was damaged, pinched, or otherwise broken. It could have been mechanical damage (maybe it was handled too roughly or dropped) or it could have been an insect feeding on the central stem that caused it to lose apical dominance. Regardless of the method, something killed or broke the original central stem, which stimulated the plant to put its energy into the two "side-shoots" or axial buds (buds in the axis of leaves) which produced two cabbage heads instead of one central head of cabbage.

Your cabbage is perfectly safe to eat.

You can try this again next year when planting more cabbage plants. After setting your plants in the garden soil, simple pinch off the very tip of the central stem, but leave plenty of leaves growing below that. Your "tipped" plant should again bear two smaller heads of cabbage. 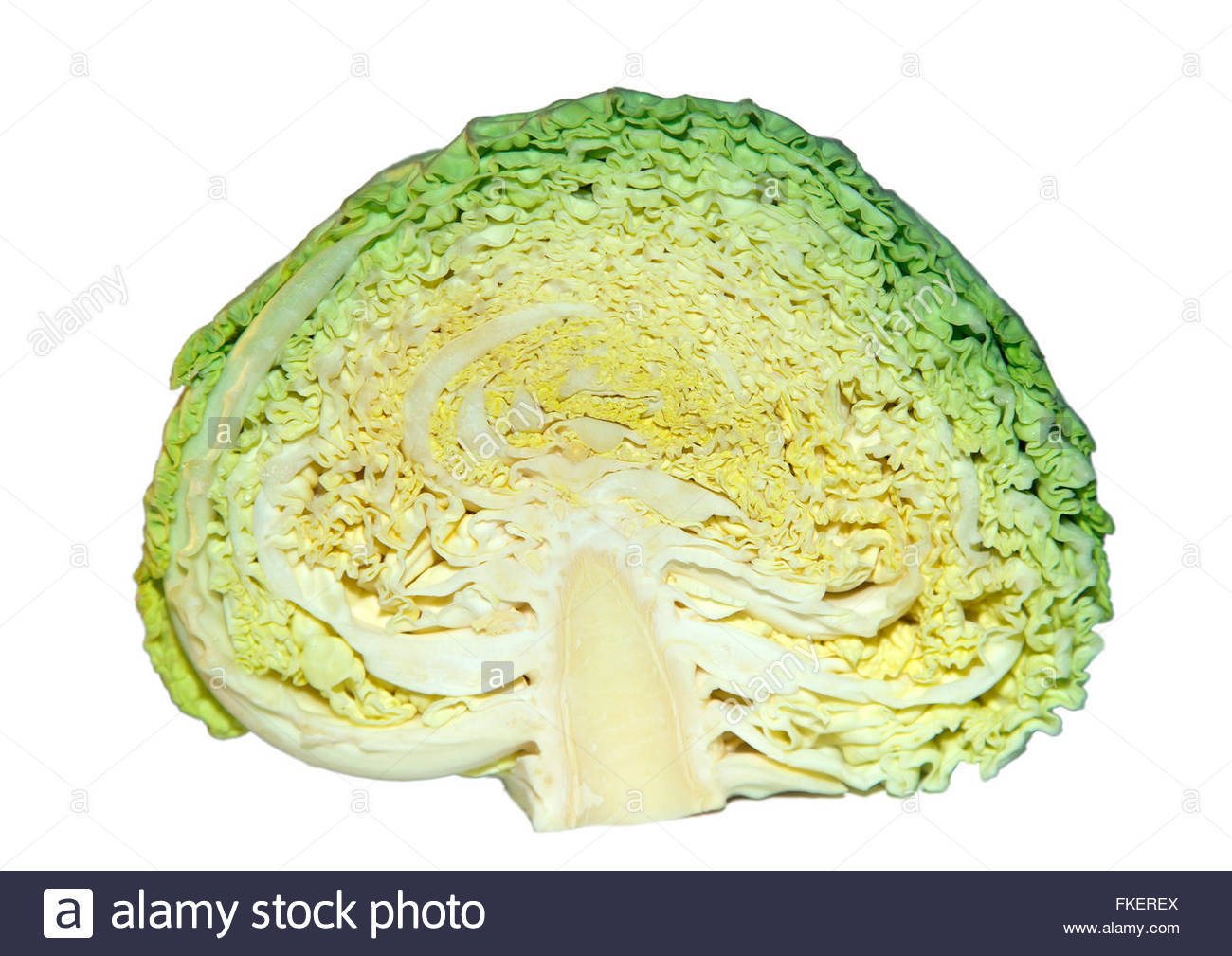