Examining Lathyrus polyphyllus pods. Many pods with damaged seed. Found a larva in one of the damaged pods. Several pods in plants located 1/4 mile apart show similar damage. Many of the damaged pods show one small hole (about 1mm), one larger hole (3mm). The diameter of the collection container is slightly over 5cm.  In 2017 I found larvae in similarly damaged pods, but the larvae did not look like the "striped" larva in the photos provided with this question, and the 2017 larvae were of more uniform circumference end-to-end (with circumference seemingly less than the larva in the 2019 photos).  The 2017 larvae were uniform light cream with brown "head" whereas the larva in the photos provided with this 2019 observation is cream with pinkish/buff banding/striping, and has a black "head"

Regarding the photo showing the two unripened seeds and a single pod together with the larva.  Those seeds are from another pod that was undamaged (did not have any holes or larva).  The pod in the photo is also not the pod in which the larva was found, but is representative of the damaged pods (it shows the larger sized hole mentioned above). 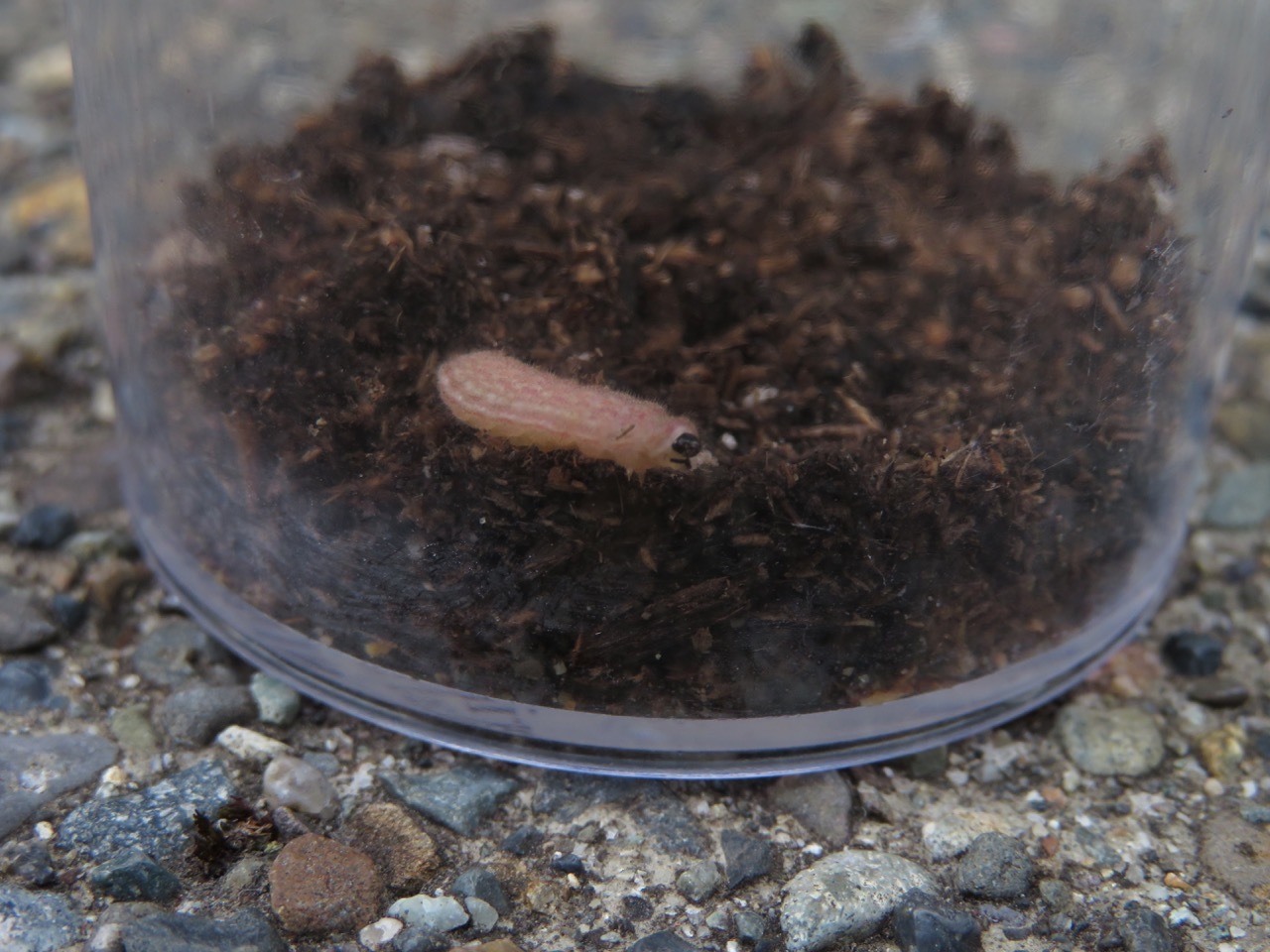 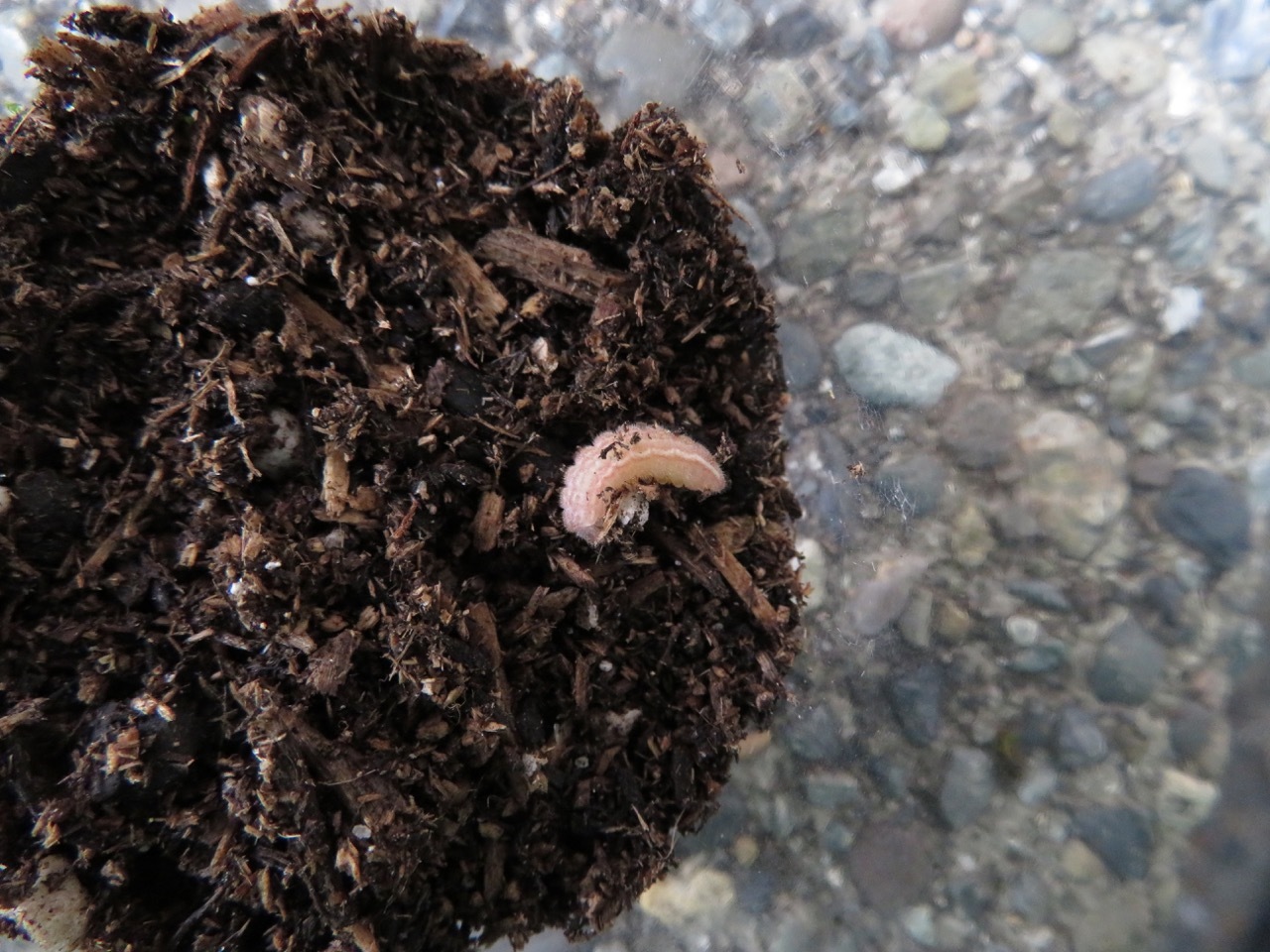 Thank you for your post. I am unclear what your question is. These larva have been observed in Lathyrus pods in other countries, per this source: http://www.nbair.res.in/insectpests/Etiella-zinckenella.php You can compare photos, if that helps.
Kristena LaMar Replied June 23, 2019, 12:22 PM EDT
I was wondering if anyone has observed the larvae in the species Lathyrus polyphyllus, as it is a native plant in my area and I am interested in native plants where I live.
The Question Asker Replied June 23, 2019, 2:36 PM EDT
Here is a website with sightings of the species: https://www.butterfliesandmoths.org/species/Etiella-zinckenella The only reference I can find to pea moths is this, but it is a different species: https://pnwhandbooks.org/insect/vegetable/vegetable-pests/hosts-pests/pea-green-dry-pea-moth You might try contacting the WSU Entomology Department here: http://entomology.wsu.edu/about-us/contact-us/ Sorry I cannot be of more assistance. Good luck!
Kristena LaMar Replied June 23, 2019, 2:58 PM EDT
Thanks for your research.  I feel really dumb, because the larva I photographed turns out to be that of a butterfly and not of a moth!!!  Our state ag department is analyzing some different larvae that I provided that appear to be responsible for chewing seeds inside of native Lathyrus and Lupinus pods.
The Question Asker Replied June 28, 2019, 11:02 AM EDT
Funny! Life is learning!
Kristena LaMar Replied June 28, 2019, 11:06 AM EDT