On April 25 I bought a Jean's Dilly dwarf Alberta spruce at Valley View Farms in Cockeysville. When I took it out of the pot, the rootball contained a lot of the white substance pictured in the attached photos. I called Valley View and spoke to Scott, a nursery manager, who checked other pots and found not only the white substance but what he said were insects.
He then called the wholesale nursery (Iseli in Boring OR) that shipped the plants and was told that the insects were harmless root aphids.  As you know, root aphids aren't harmless. I called Iseli Nursery myself and was rudely told that they would not talk to an "end user." As a result, I called the Oregon Department of Agriculture and reported the problem to a Christy Brown (cbrown@oda.state.or.us), who has promised to look into it.
I am very anxious to know what the problem is because of potential contact with my soil and the fact that the plant came from out of state.  I could not see any aphids, but my eyesight is not that great.  I did spot what looked like a tiny green insect as well as more of the white material, which penetrates deep inside the root ball. 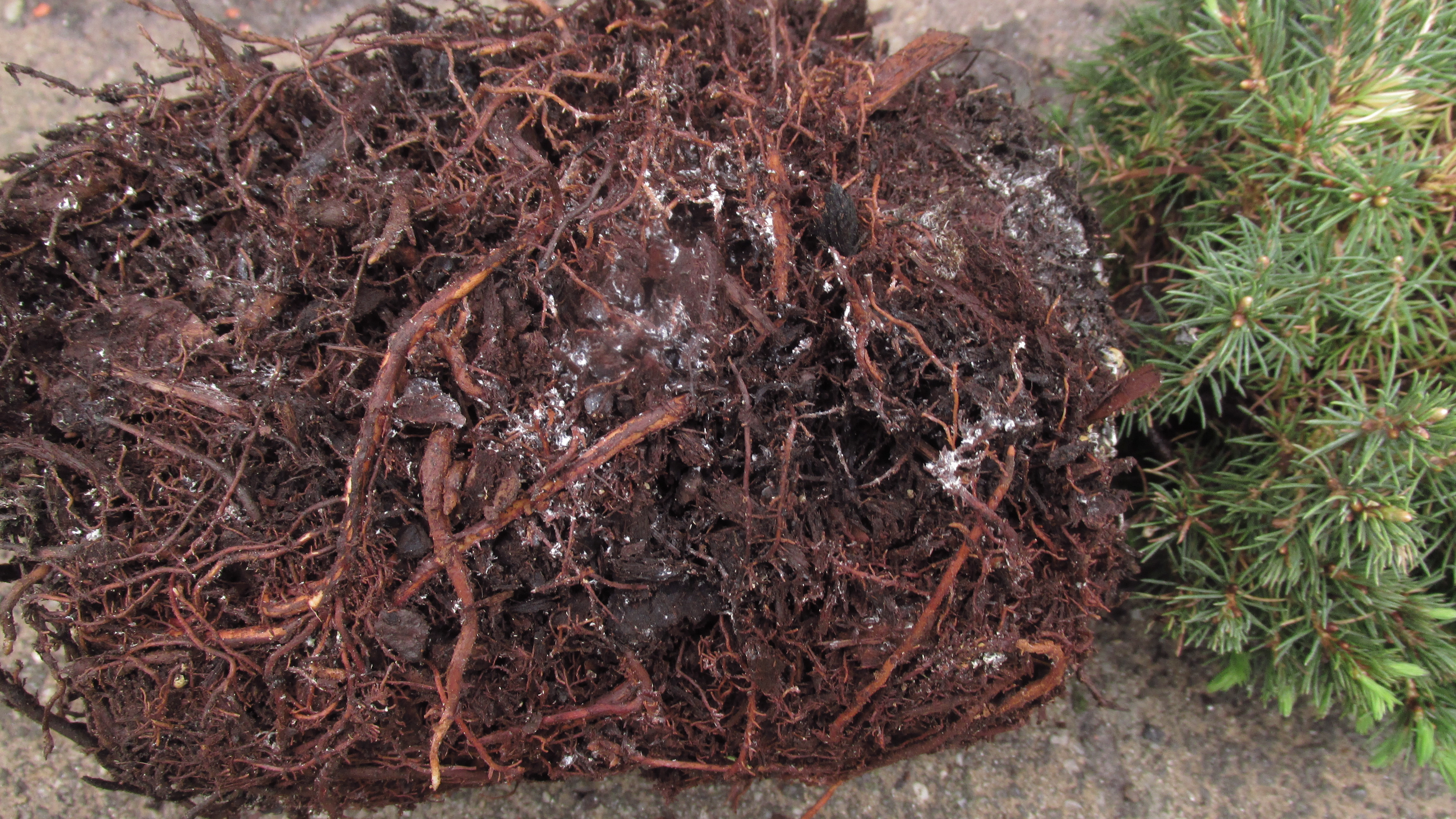 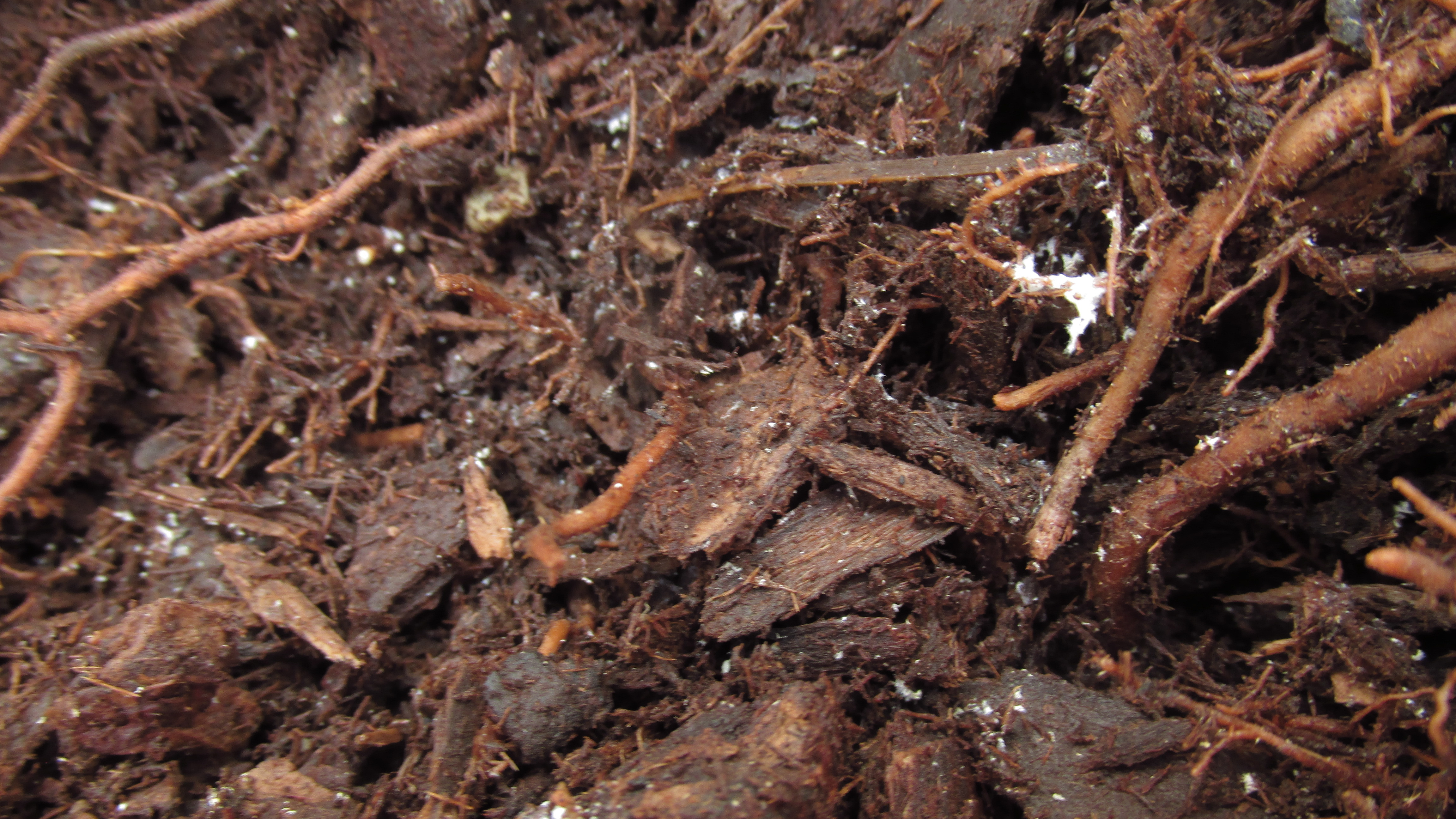 We viewed your photos.  The white substance in the potting mix may be root aphids but we cannot say for sure.  We could not identify any other insects in the potting mix.
It is recommended that you take the plant back to Valley View for a refund.

Home and Garden Information Cent University of Maryland Extension Replied April 29, 2019, 10:23 AM EDT
The Oregon State Department of Agriculture has identified the white material in the roots of the Oregon-propagated spruce from Valley View Farms as associated with a type of aphid.  Here is what Christy Brown of the ODA told me:
"The root aphid has been identified by our entomology lab as Pachypappa tremulae. It’s not native to the west coast, but has been seen here associated with Picea container stock for some time.
The species is a pest of Populus tremuloides (quaking aspen), found on the leaves, but uses the roots of Picea species as a secondary host. They do not appear to be damaging to Picea. They are host specific between these two genera, and are not expected to survive without close association with these.
If it were me, I would not worry about any contamination from exposure to soil in my yard. Especially if you are returning or destroying the plant, there shouldn’t be a risk. Aphids are quite wimpy in the environment, needing direct contact with their food source to survive.
I will be working with nurseries to address this insect in production to prevent future scenarios like the one you went through."

I was not the only person to purchase this shrub.  You can contact Scott at Valley View Farm in Cockeysville for information and Christy Brown at the Oregon agriculture department (cbrown@oda.state.or.us); 503-580-5974.
I hope this information is of use. Feel free to call if I can be of any help.