We recently bought our first house in Frederick (May 2017) with a large yard and garden that are lovely but do not look like they have had a lot of TLC. Several plants in the back yard that were doing fine appear to have become diseased and/or died. The tree peony (old) and lilac (new) have developed powdery mildew but I am spraying with a detergent/neem oil mix and I seem to be getting on top of it. But the other plants are a mystery. Both the coreopsis (?moonbeam) and the rudbeckia (both planted by the previous owner) seem to have become black (see photos). The nasturtium (planted by me) was doing amazing but seemed to up and die over night. In front of the peony I had planted rhubarb, which did fantastically but then developed root rot and died about a month ago. We did weed and put down mulch earlier in the year. Could we have brought something in on the mulch? The ground is pretty much clay and rocks (although we have amended as much as we can with soil ... it will be a long term project to fix). I would say I have definitely not watered as much as I should have ... with a new house there's just a lot to do ... what can I say :-(. My questions are, what is going wrong, and are these all the same problem or different problems? Thanks for any insights. 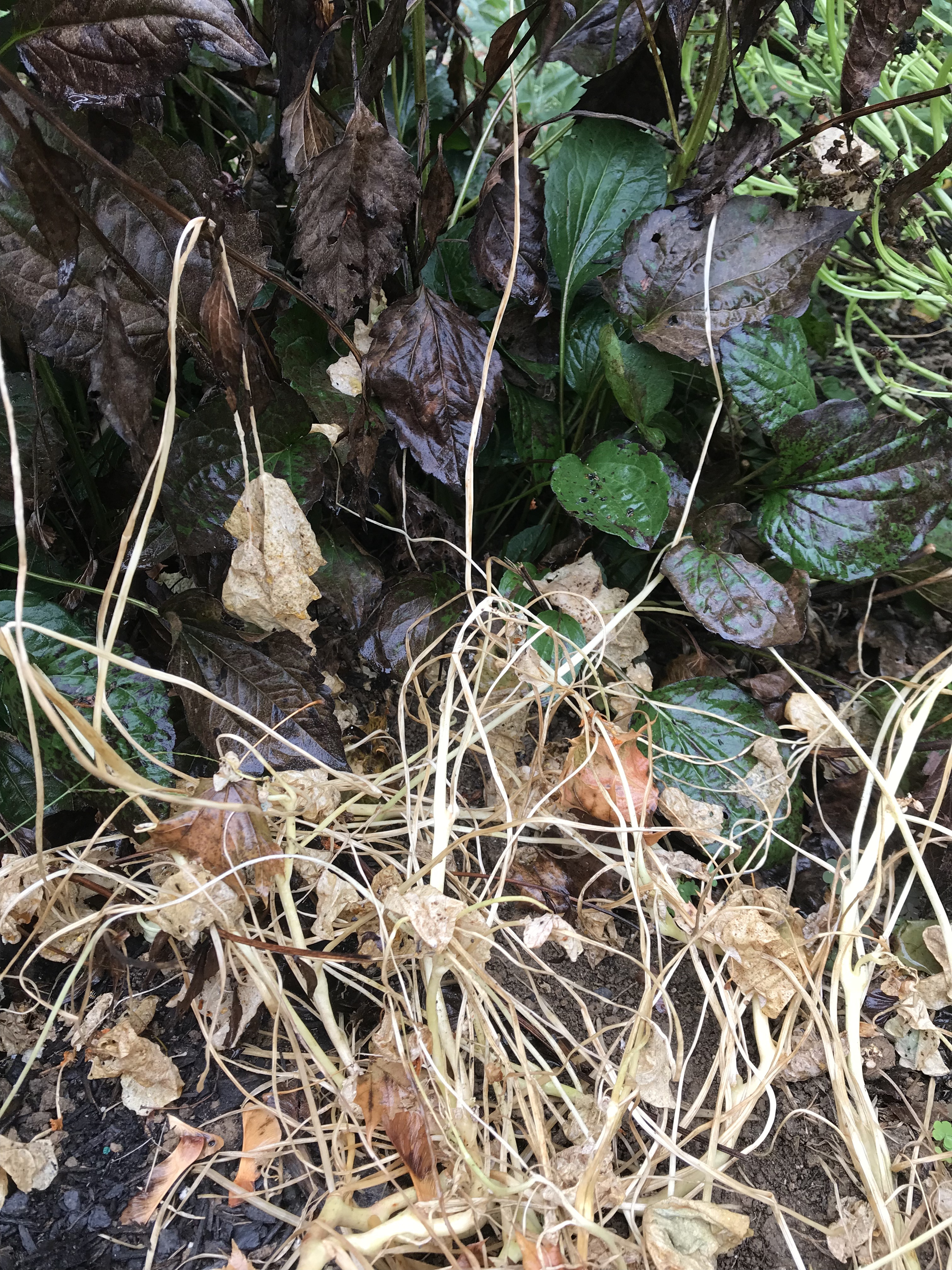 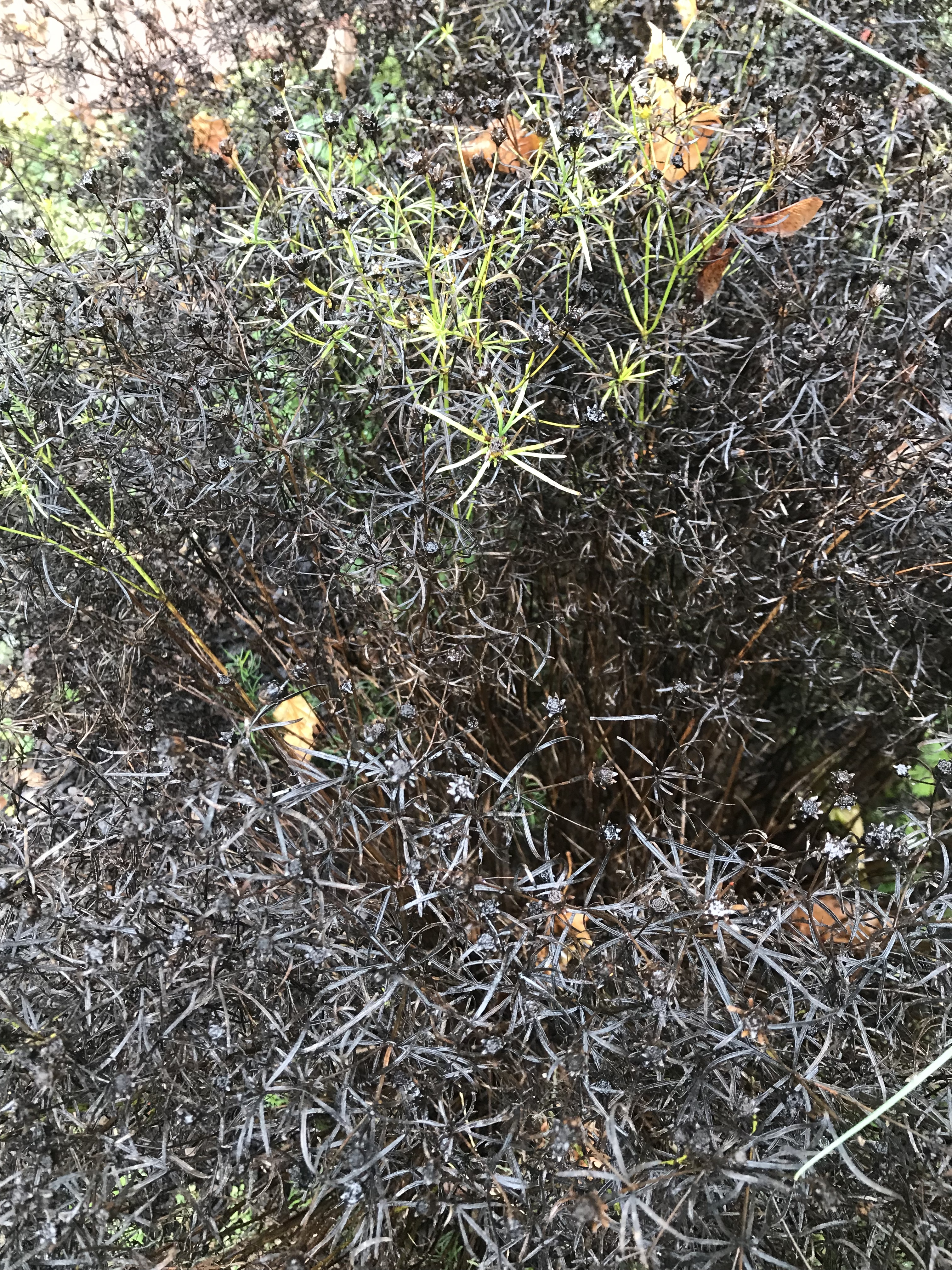 Thank you for your question. Many of the problems you are seeing are very common at this time of year. Coreopsis gets powdery mildew and often browns out at the end of the season. You can prune it down to the ground and discard the foliage in the trash. It will come back next year from the roots.

Rudbeckias are susceptible to several bacterial and fungal leaf spot diseases. One of the most common ones is Septoria leaf spot. Pull off infected leaves of Rudbeckia as soon as you see them. Thin your out plants for good air circulation (divide crowded plants in the fall). Avoid overhead watering. Also, consider planting some of the newer cultivars that are resistant to some of the common diseases. Look for varieties such as 'Marmalade,' 'Indian Summer,' and 'Irish Eyes.'

Nasturiums do not grow well in hot, dry weather. Likewise, rhubarb is difficult to grow in Maryland. It grows better where there are cooler temperatures. The problems you had with these probably didn't have anything to do with the mulch. They just don't like hot, dry conditions.

You might be interested in choosing some native plants for your garden. There are some recommended plants, as well as links to further information about native plants, on our website. https://extension.umd.edu/hgic/native-plants