Hi I am in Richmond Va. This snake was by my above ground pool. I don't think he is poisonous because of his round pipes but I would like expert advice.
Liz 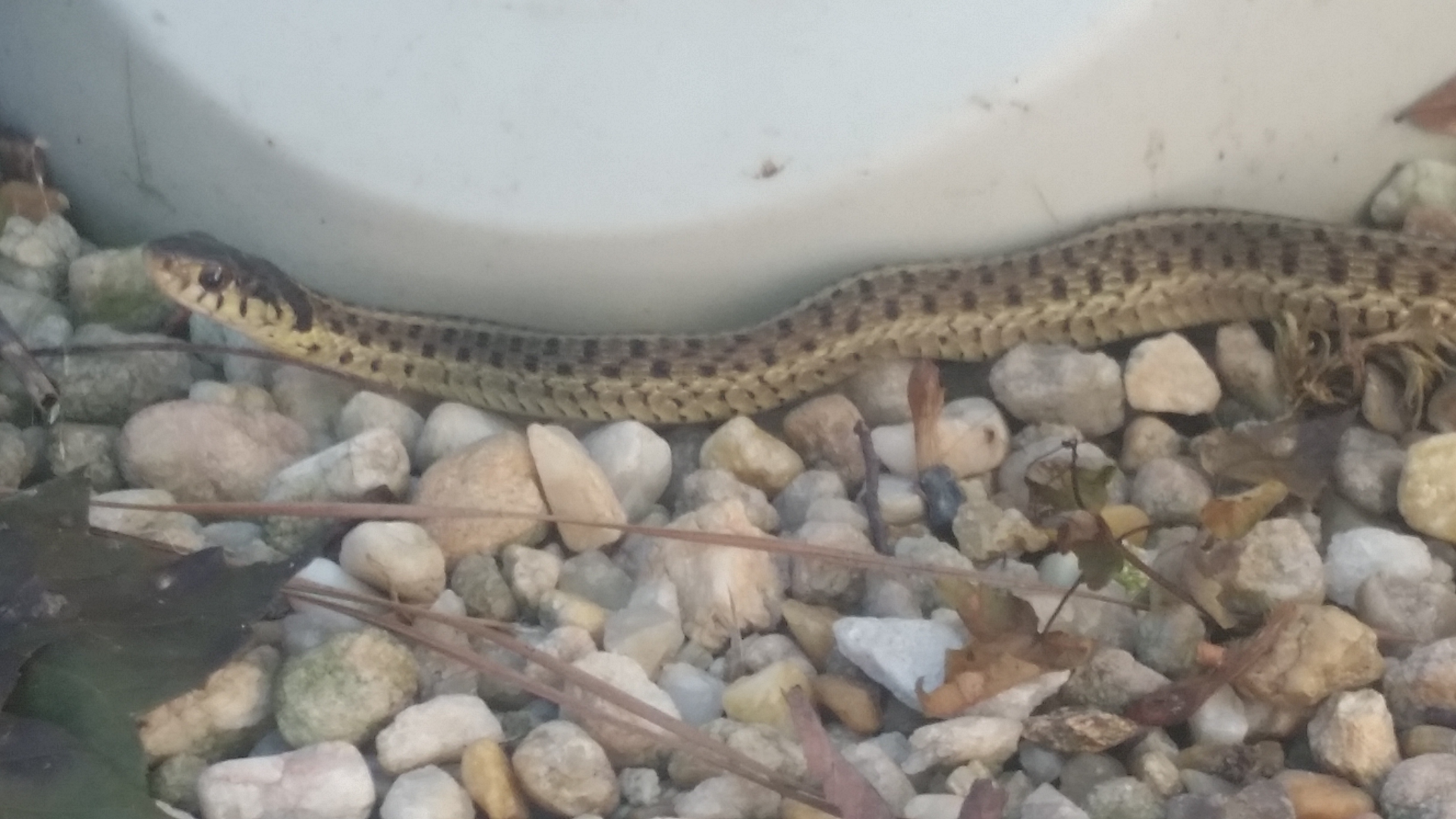 Thank you for your question.  You're correct! The snake in your photograph is non-venomous. It is the Eastern Gartersnake (Thamnophis sirtalis sirtalis).

Gartersnakes are found in many states in the U.S.  Different subspecies are common throughout every state in the eastern U.S., except parts of western and southern Louisiana, and there are additional subspecies in the Midwest and western states. They are usually found fairly close to water, so drainage ditches, steams, ponds, bogs and wetlands, damp areas in pastures are all good places to find them. They usually prefer open grassy areas, but can sometimes be seen at edges of forests. Typical length is around two feet and maximum length is approximately four feet.

There are two excellent field guides for snakes in your area:

Mitchell, Joseph C. and Beane, Jeffrey C. (2010). Amphibians and Reptiles of the Carolinas and Virginia. Chapel Hill: The University of North Carolina Press.

Thank you so much for your response, I really appreciate knowing he is only going to eat my frogs:)