Unknown mahonia. Opposite leaves. Species is said to be more common out west. Is an escaped native invasive in MD. Fruits might be yellow during periods of maturity. Low bush spevimen. Did not get a good look at branch.  Assuming it had thorns or spiked. 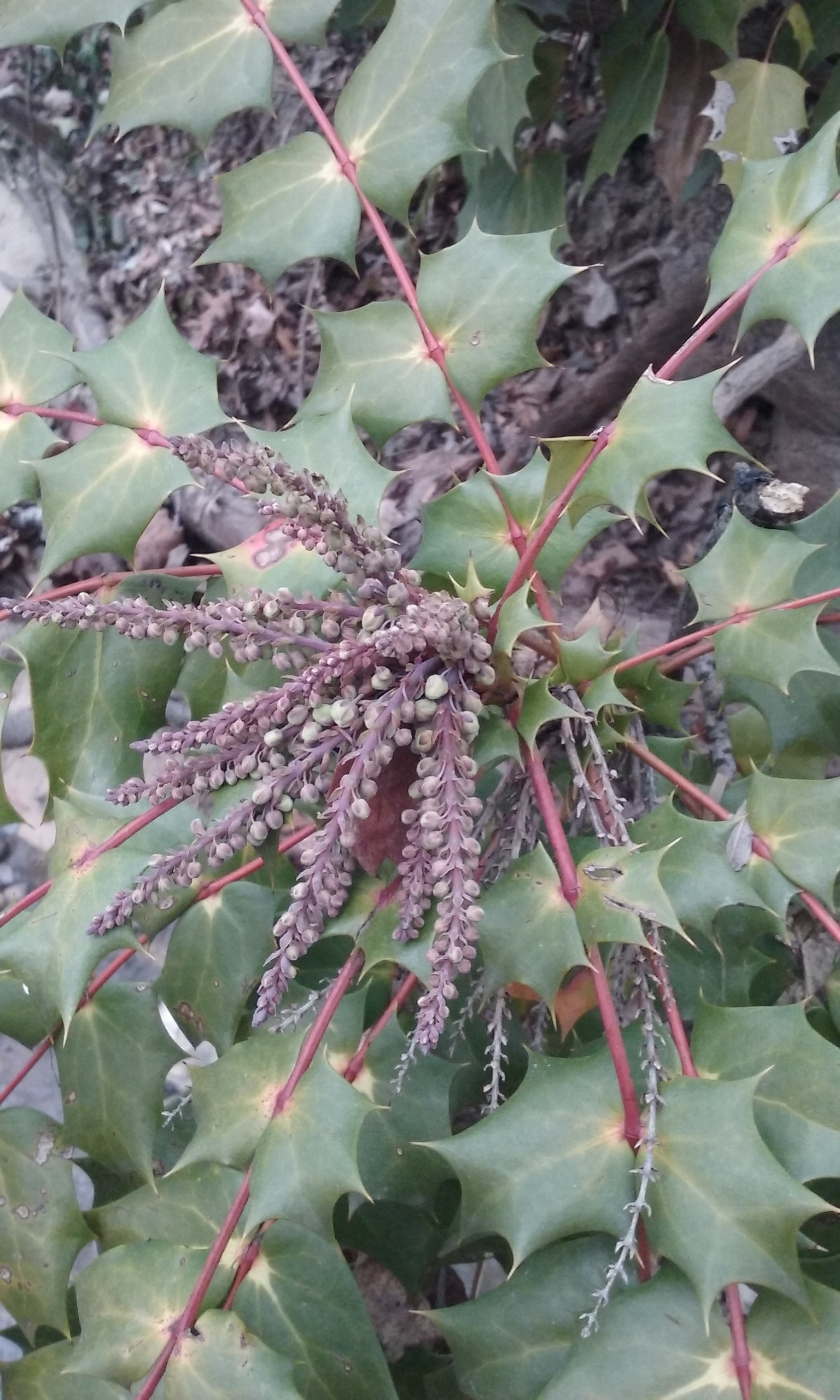 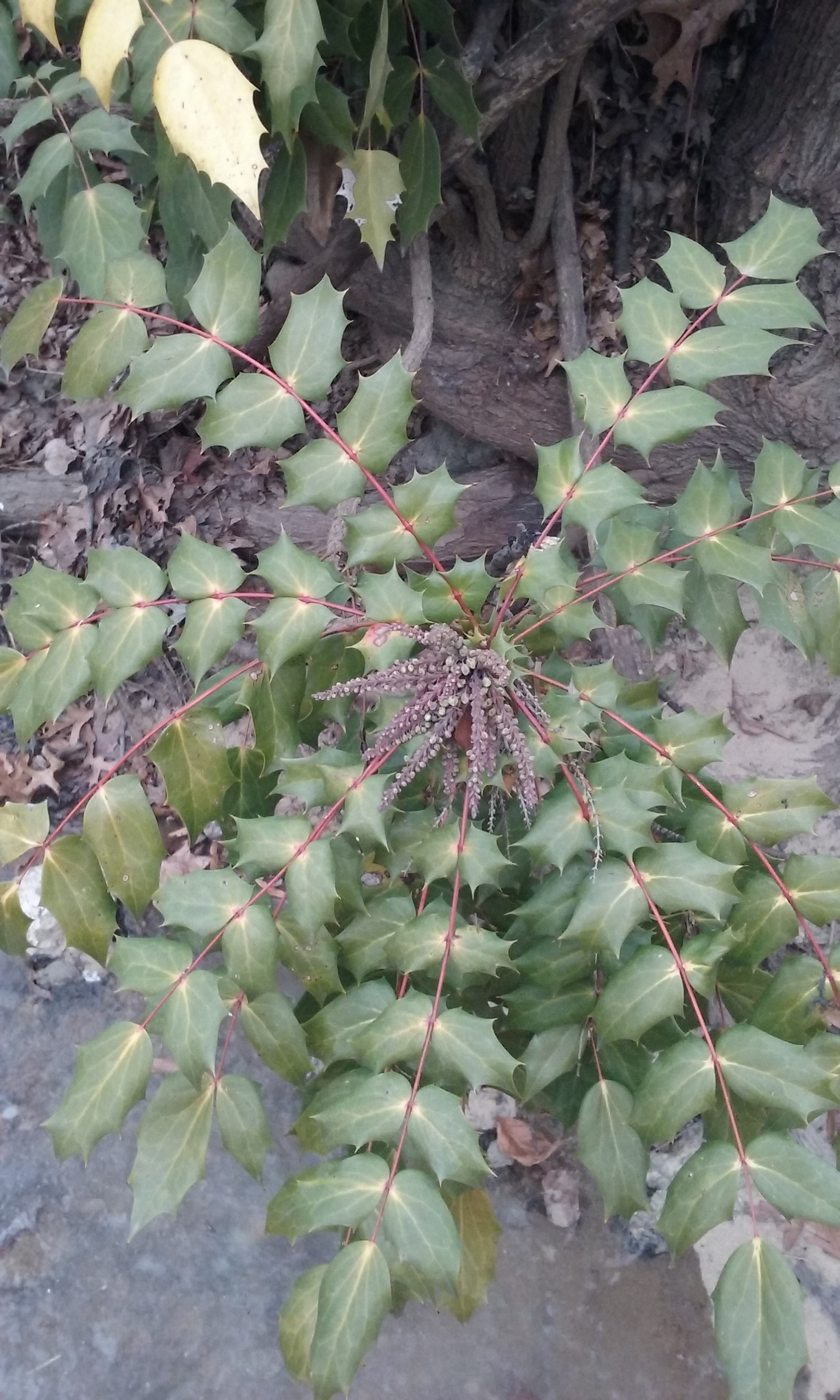 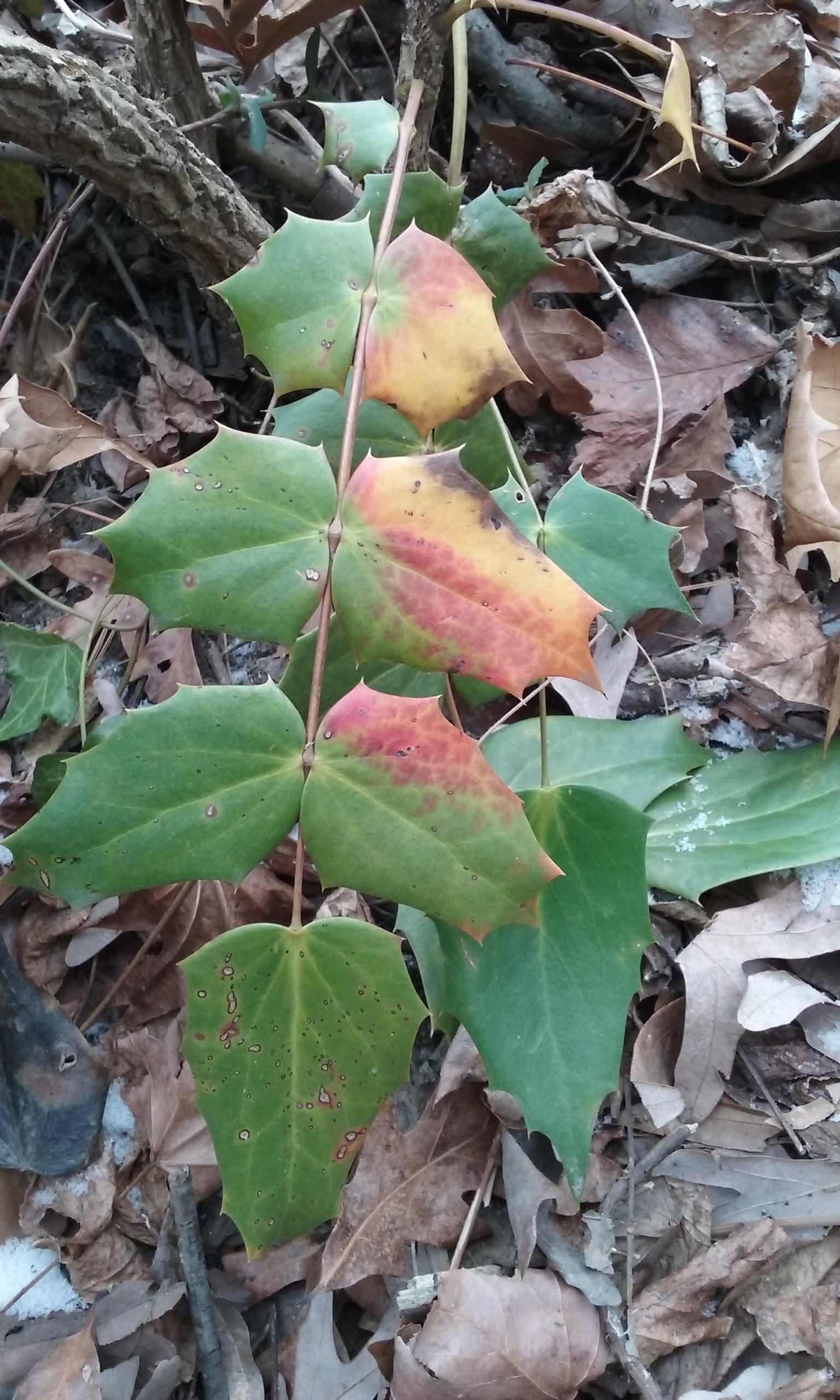 This is leatherleaf mahonia, an Asian mahonia that is becoming increasingly invasive in the wild and in domestic landscapes.  Not surprising, since it is related to barberry, a terrible non-native invasive, and deer do not touch it.

The botanical name is Mahonia bealei.  Sometimes, in popular parlance, it is also referred to mistakenly as Oregon grape holly.

The real Oregon grape holly (Mahonia aquifolium)  is actually a smaller-leaved mahonia that is native to Oregon and British Columbia, though not native to Maryland. It is not as common as the leatherleaf mahonia and has not proven to be invasive here.

Unfortunately, some species of birds relish the blue berries of Leatherleaf mahonia and spread it. It can tolerate poor conditions and shade. Remove this whenever and wherever you can.