I planted a 70 foot long hedge using American beech in the style of a European beech hedge using 2' bare root trees spaced one foot apart. The hedge is now six years old. It looks great, however I have a problem with the second growth of leaves in the summer. Both last year and this year, the symptoms were the same. The first flush of leaves in the spring are large and dark green and vigorous - adding over a foot (maybe more than 18 inches) to the growing tips all around. Then in late June a second growth appears and it is stunted and curled or scalded with much smaller leaves. The stunted new growth occurs on the entire hedge, mostly as top growth. The branches lower in the hedge do not form a second growth. The original flush of leaves hold their dark green healthy look for the whole season. I've attached three images taken this first week of September. The hedge as a whole after I trimmed it last weekend, the healthy looking leaves, and an example of "sick" growth. How can I improve the health of the second growth? 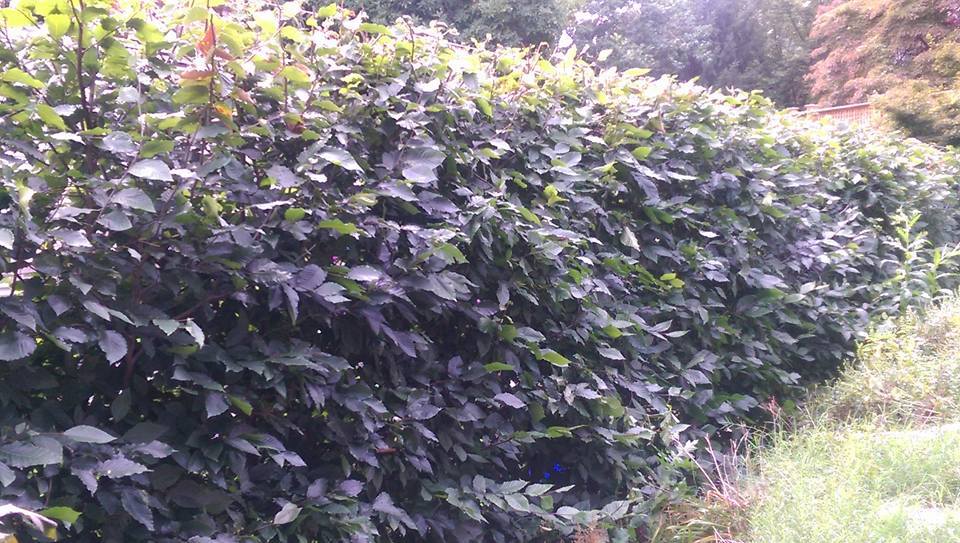 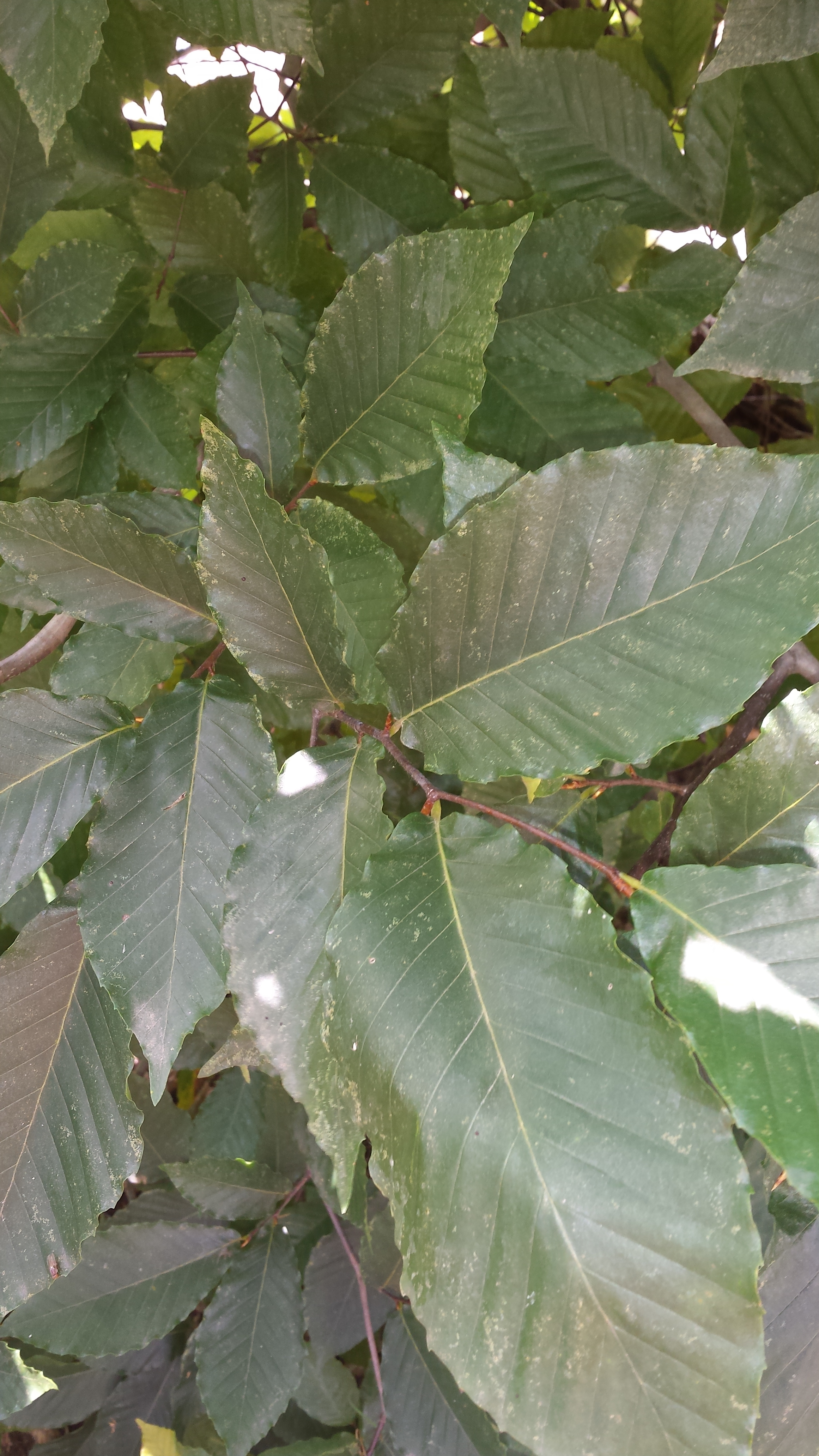 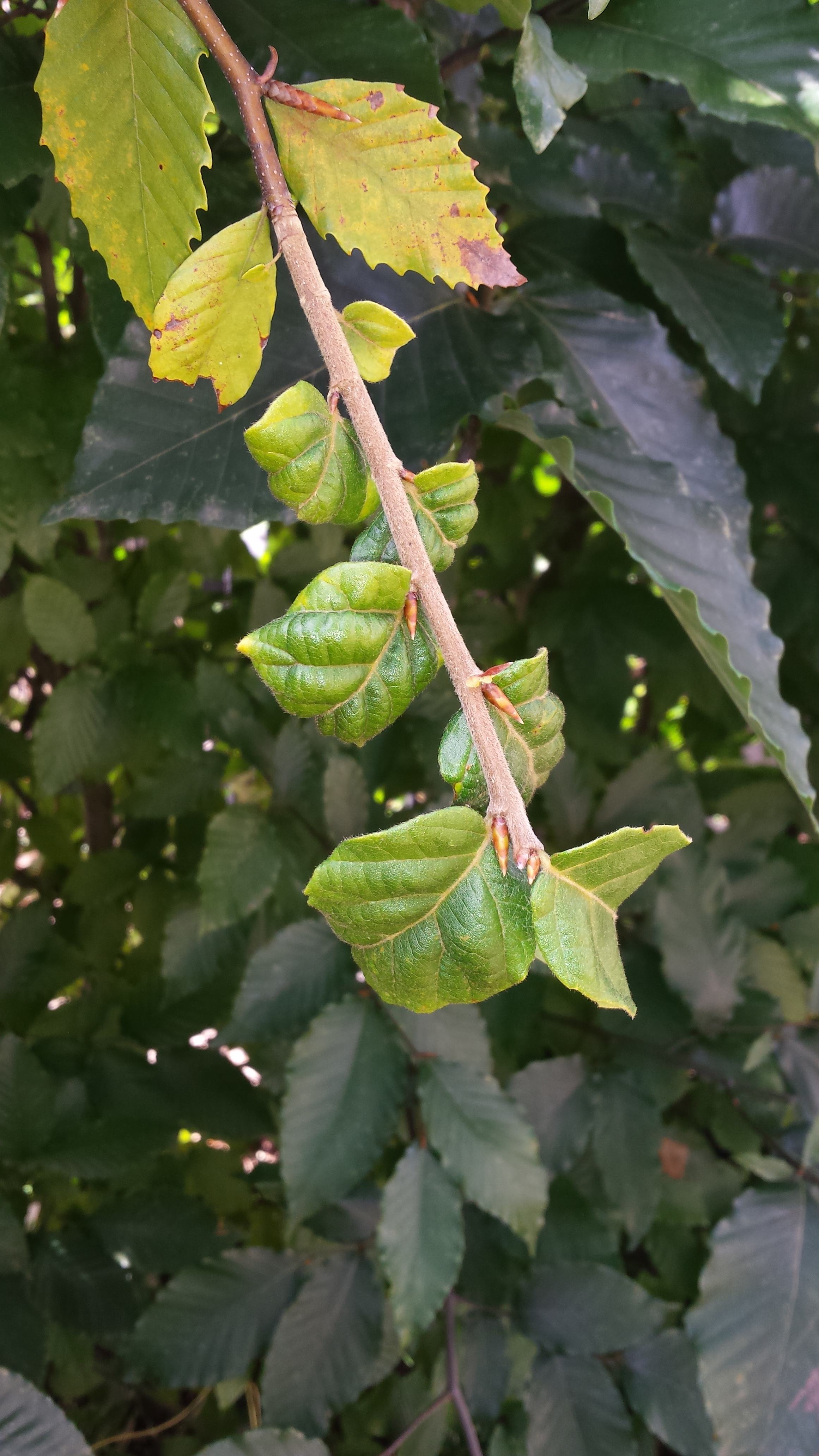 Plants responded well this year with the abundance of rainfall through June.The new growth looked healthy till the hot ,dry weather of July and August, then some plants became stressed. Beech has a very shallow root system. The plant was feasting in the spring putting on lots of new growth and then went into a stunted mode. You did the right thing by pruning out the stunted growth. Suggest keeping the hedge watered and mulch to conserve soil moisture.Next season continue with the light pruning in mid June and feed it with an organic ,slow release product like hollytone.