Submitted last week and was told it was an geum.  The emerging leaves do not look like those of a geum as shown in google images.

I am resubmitting and sharing with the public in hope that someone can identify. Emerging leaves have 2 configurations (round and lobed), are dark green with a reddish cast.  Plant seems to be appearing in greatest number in wet, shady garden.


If an invasive weed I want to remove as soon as possilble.  If a invasive native as suggested, I will selectively pull. 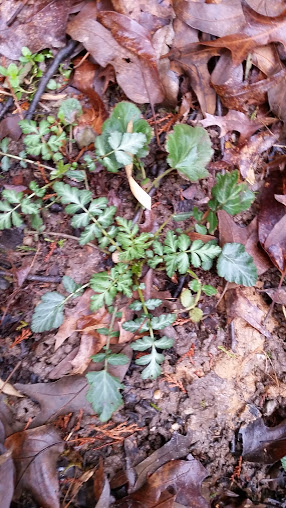 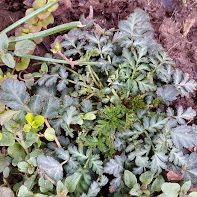 This is not an invasive, rather, it is a native plant! Commonly known as white avens, the botanical name is geum canadense, it is desirable in a natural or woodland setting, but it will seed into garden beds.  So you might want to keep it far from your ornamental beds. It is not particularly hard to remove, just a small nuisance where not wanted.