Dear Garden Information Center, First an appreciation note: This spring I had to plant a tree (to replace an old oak that was dying and was removed last Fall). I found your section on tree planting very helpful. Although I found much of the same information in books and other websites, I thought your presentation was excellent. And I learned two things that were only covered in your site (at least as compared to the other sources I addressed). One relates to the best time to plant. I had previously believed and these other sources repeated my belief that trees are best planted in the Fall, but your site broke the best timing down to the kind of tree with some doing better with spring planting*. The other relates to utility infrastructure in the planed planting area. Almost all of the other sites spoke about keeping in mind whether overhead power lines might be effected when the tree grows taller, but none of them mentioned, as yours did, also taking underground utilities in consideration. (* And the timing thing might be important for a reason I did not suspect until I started looking for suppliers in the Fall. By then many retail nurseries (and some nonprofit green advocate organizations) had sold out some varieties.) Now while I’m on the subject of trees, I have a tree identification query. Frequently passing through a small park in Baltimore City, I see an unusual (and young) tree with very large leaves. The leaves look somewhat similar to those of some black oaks or sugar maples but the short elementary tree book I have doesn’t show any tree species with leaves that large. I have enclosed a photo of one leaf (picked about a month ago after the Fall color change) It was photographed with a penny to give an idea of the leaf’s size (about 11” long). (P.S. Only need to know answer out of curiosity; So no rush here.) Keith Young, Baltimore 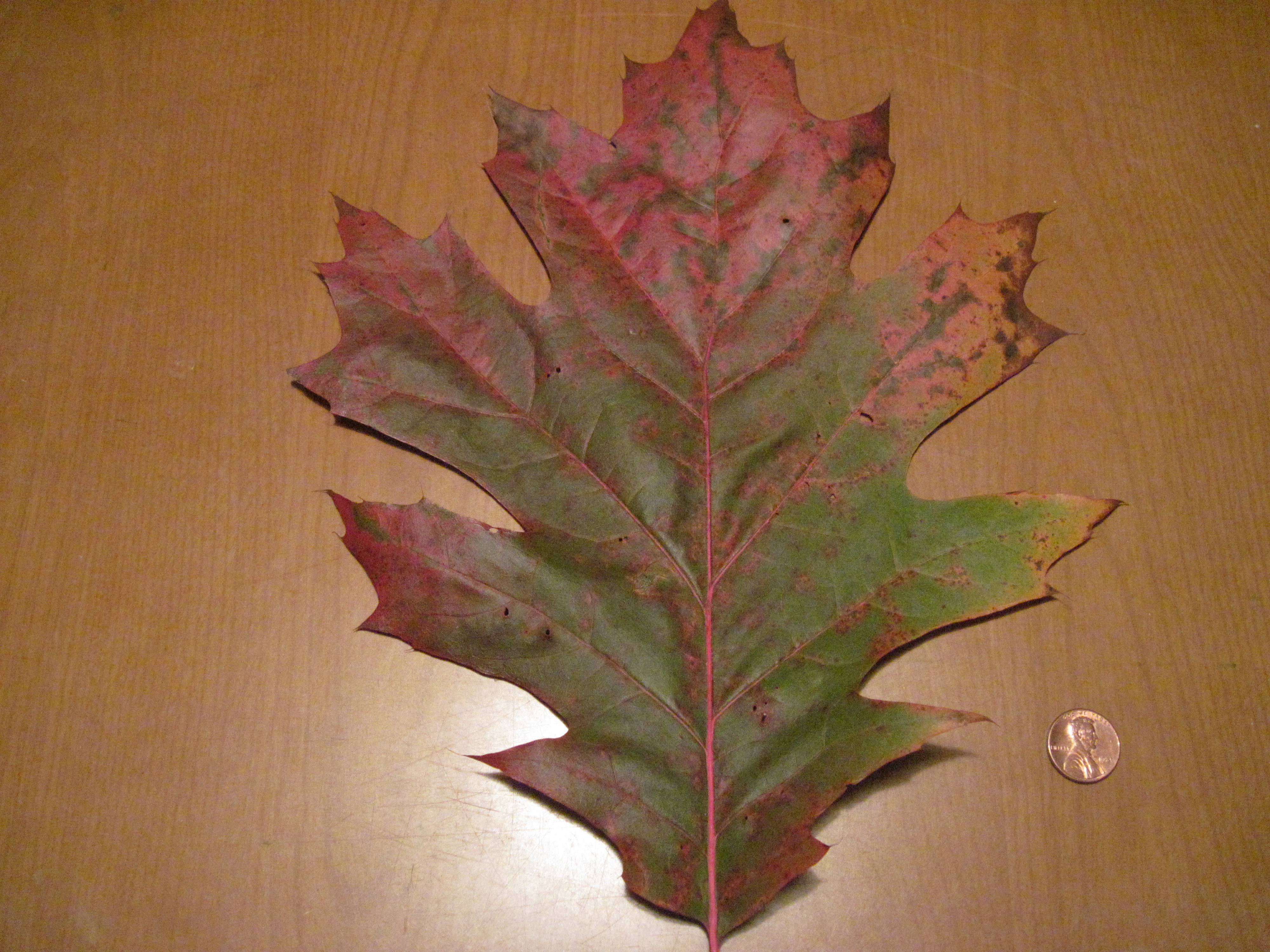 Good question. Coincidentally, variation in leaf size was the question featured in our HGIC Newsletter in November. Here's a link to our online newsletter archive: http://extension.umd.edu/hgic/resource-library/e-newsletter-archive