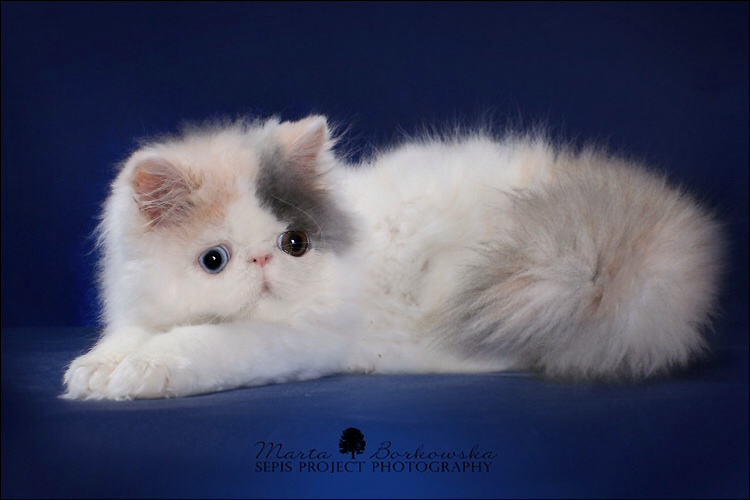 Here are some comparisons:
(1) Humans can see more vibrant colors in daylight, while cats have better peripheral vision and night vision.
(2) Cats are more sensitive to light than humans.
(3) Cats' eyes are placed on the front of their head, resulting in a larger area of binocular vision. This allows for more accurate depth perception and coordination of body movements with visual events compared to humans.
(4) Cats' field of view is wider than humans - 200 degrees compared with humans' 180-degree view.
(5) Cats have a wider peripheral vision than humans.
(6) Cats have six to eight times more rod cells than humans, which help them see better in low light. They cannot see in total darkness, but require one-sixth the amount of light as that of a human to see.
(7) Cats' eyes have more of an elliptical eye shape than humans, and larger corneas and tapetum, which is a layer of tissue (reflective cells) that may reflect light back to the retina helping gather more light. The tapetum may also shift wavelengths of light that cats can see, making prey or other objects silhouetted against a night sky more prominent. The tapetum is responsible for the glowing appearance of the eyes when light strikes them.
(8) Cats' pupils can dilate three times larger than humans' and the cornea is larger allowing more light in.
(9) Cats' extra rod cells allow them to sense motion in the dark much better than humans.
(10) Pertaining to color vision, the human's retina has about 10 times more cones than a cat's retina, which allows humans to function better than cats in bright light.
(11) Humans have 3 kinds of cones which allows them to see a broad spectrum of colors, with sensitivity peaks at red, green, and blue. Cats may have 3 types of cones but the number and distribution of each type varies. Cats don't seem to see the full range of colors that humans do when conducting behavioral tests on the cats.
(12) Some experts believe that cats' color vision is limited to blue and grays, while others believe it is similar to dogs, but with less richness of hues and saturation of colors. (Dogs cannot distinguish between red, yellow, green and orange objects.) Colors that appear very rich to humans appear more pastel-like to cats. What we see as "red", cats just see it as dark.
(13) Humans see with much greater resolution and with a greater range of vibrant colors due to their many cones. Humans have more color-sensitive photoreceptors than cats.
(14) Cats cannot see detail very well. A human's visual acuity (ability to see the detail of an object separately and clearly) ideally is 20/20, meaning they can see perfectly from 20 feet away. Cats have a visual acuity between 20/100 and 20/200, meaning they are nearsighted.