I have a 3 acre pond and these (see attached pictures) are in it. They vary in size from small to about the size of a small watermelon or large cantaloup. Some of them are attached to tree limbs that are hanging in the water and some are attached to the weeds growing in the pond. There are some that are just free floating in the pond. The first picture is one freshly removed from the water. The second picture is 2 of them in the water, and the third picture is what it looks like when it is broken open. They are clear, soft, and gelatinous. What are these things? Are they bad for my pond? How do I treat them to get rid of them? 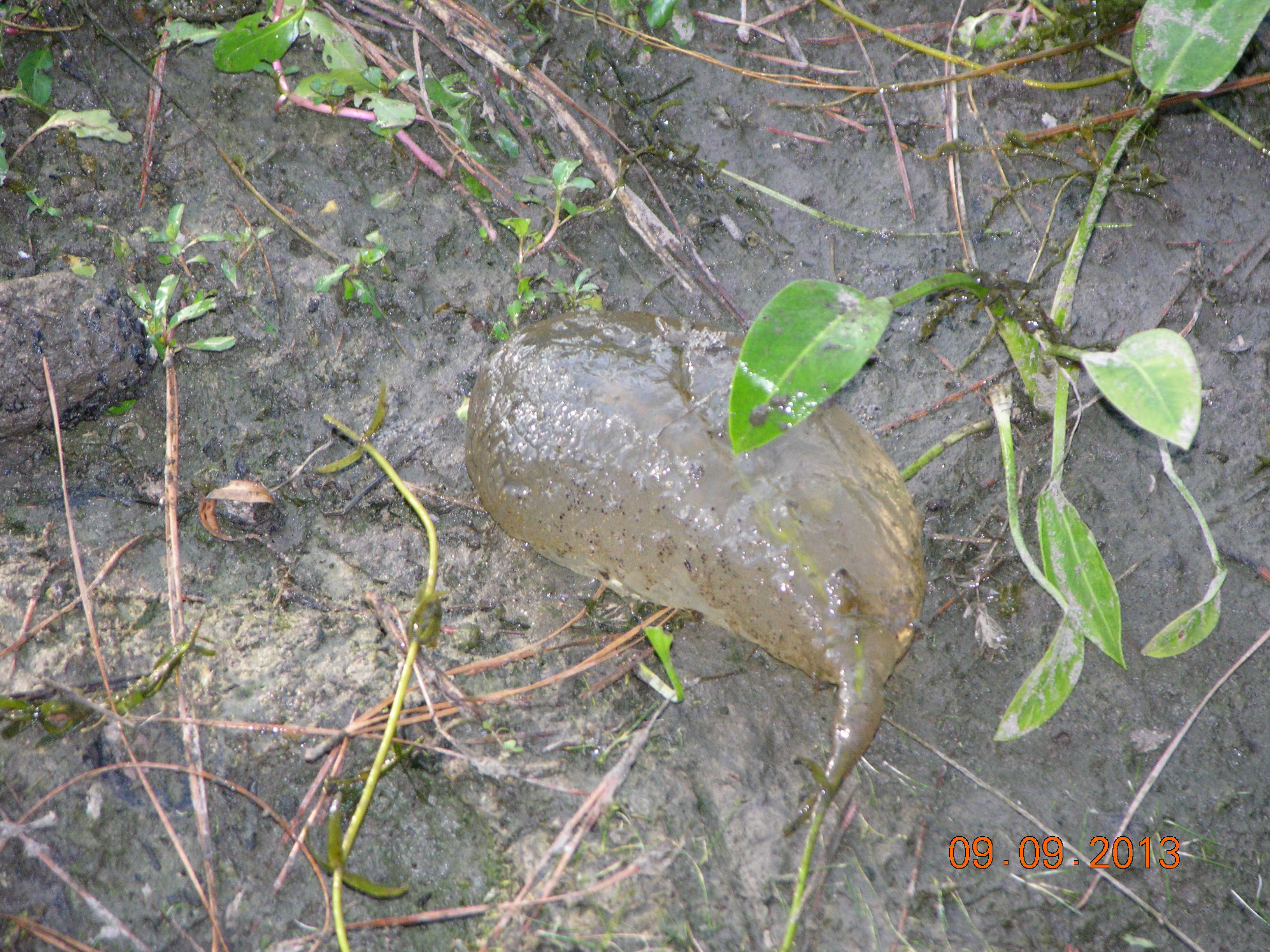 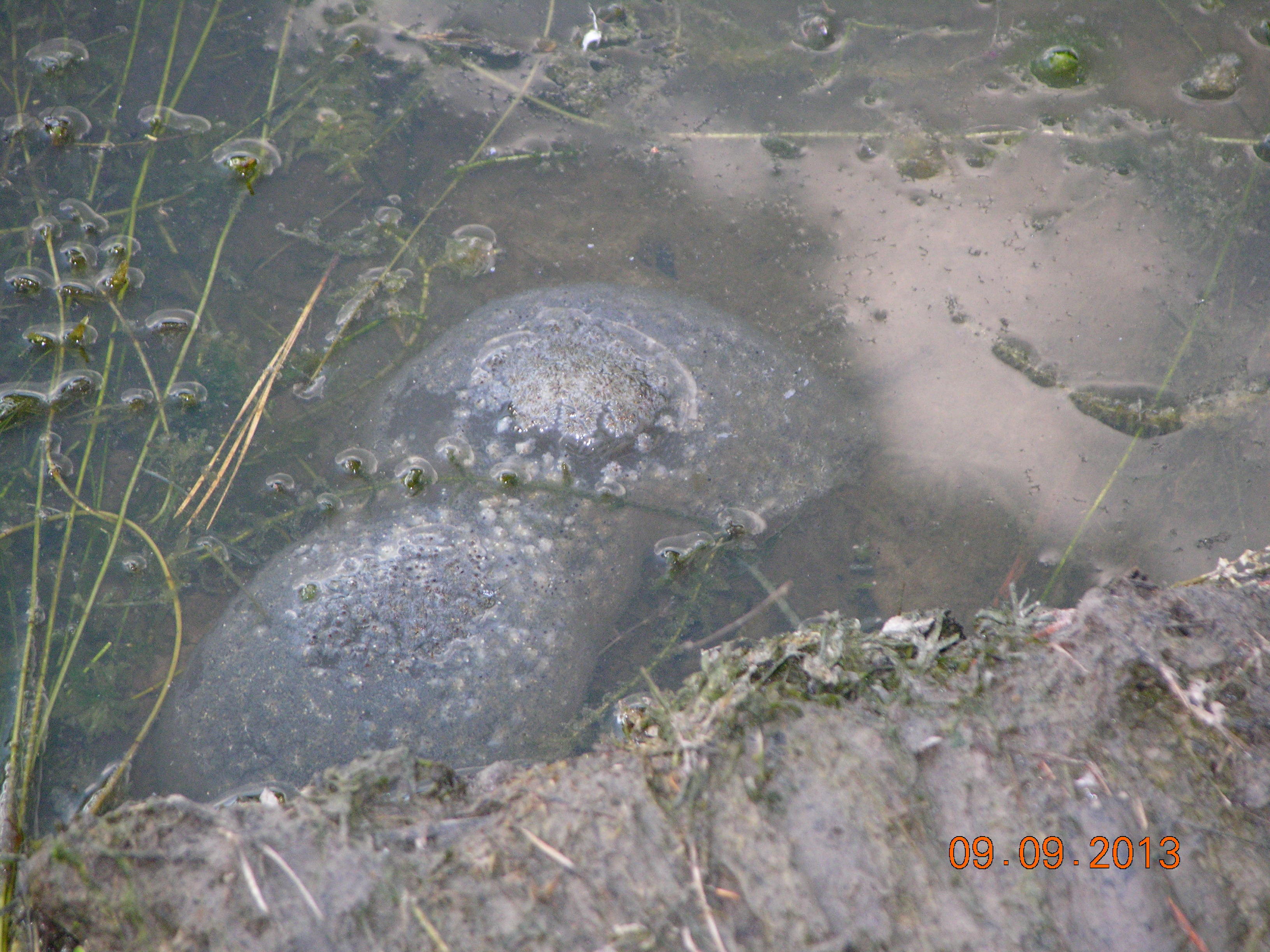 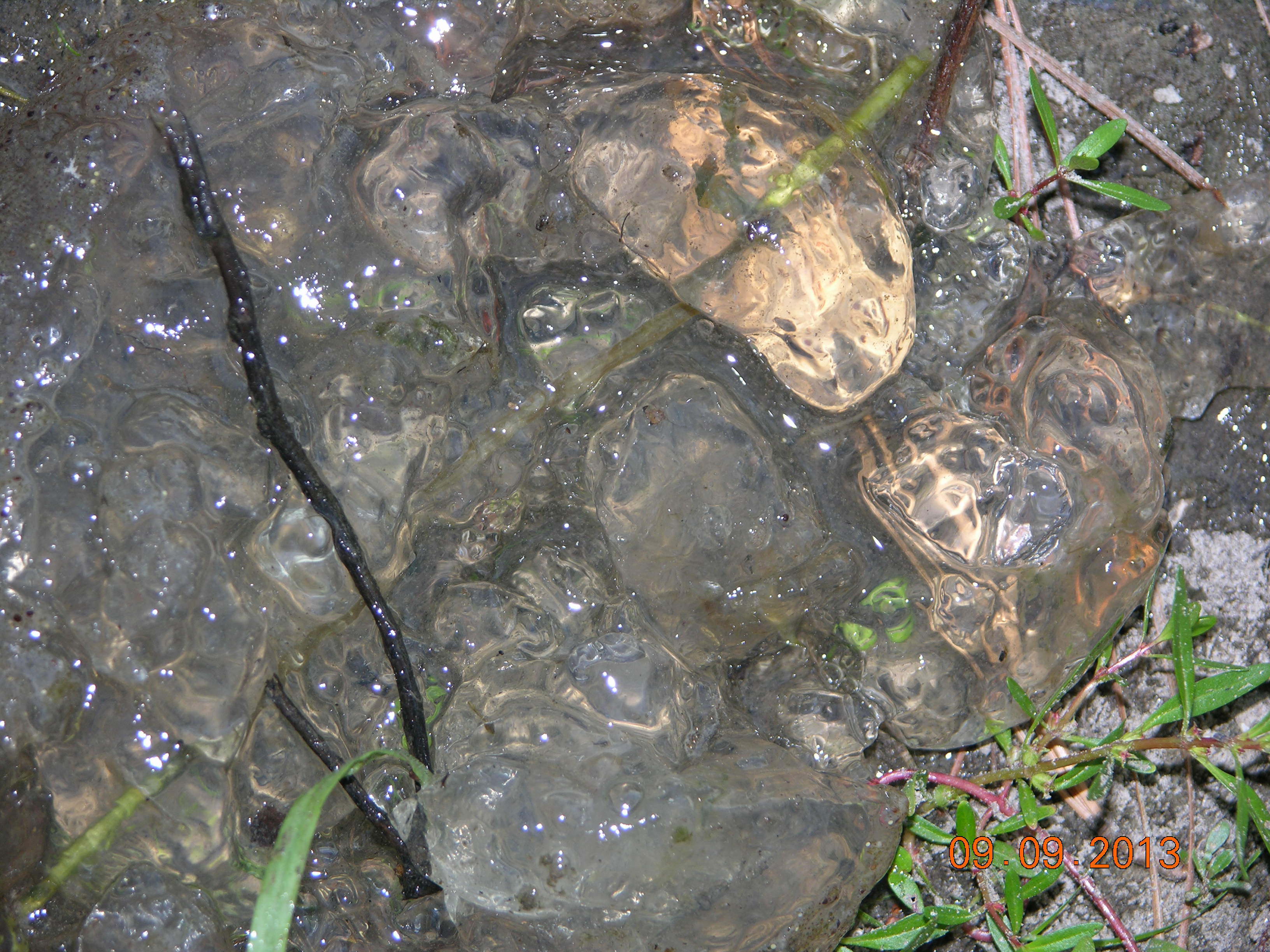 What your are looking is most likely an egg mass from an amphibian.  An amphibian are cold-blooded vertebrates such as frogs, toads, or salamanders.

The egg of an amphibian is typically surrounded by a transparent gelatinous covering secreted by the oviducts.  The jellies of most amphibian eggs are very small when first laid, but quickly swell with water.  The eggs may be deposited singly or in small groups, or may take the form of spherical egg masses, rafts or long strings.


Cary Sims Replied September 13, 2013, 1:09 PM EDT
Thank you for your answer. I looked at the images online for egg masses and do not believe that is what this is, but that did lead me to a site for freshwater bryozoans and what I have in my pond looks more like bryozoans than egg masses.  The pictures of the bryozoans look like what i have as there are no embreyos in the masses I have. But once again I want to thank you for your time. If you had not suggested egg masses I would not have even known where to start my search for images and come up with bryozoans as I have never even heard of them before. Thanks again!
The Question Asker Replied September 14, 2013, 11:36 AM EDT