Hi,  I have 7 pink double knockout roses that a landscaper planted for me earlier this year in Feb/March 2013.  The roses are west-facing and located in front/around of a concrete slab porch.

They had seemed fine up until a few weeks ago when I noticed most of them growing some very straight shoots directly from the ground.  The straight shoots look unusual compared to the rest of the plant's branched growth habit.

I do not have experience with roses, but these specific roses were sold to me as easier to care for which is why I purchased and had them installed.

Is this growth typical of knockout roses?  I read the rose breeders (Conard Pyle) website and they mention occasional straight shoots growing from the plant that one can just snip off, however in my case I see this growth on all but one or two of my 7 knockout roses right now.

I am afraid it could be some disease and that I'd have to remove what was a very costly investment in plants.

I do not want to contact the landscaper that installed them due to lack of trust in them since they messed up a different job on my property sometime after the roses had been installed. 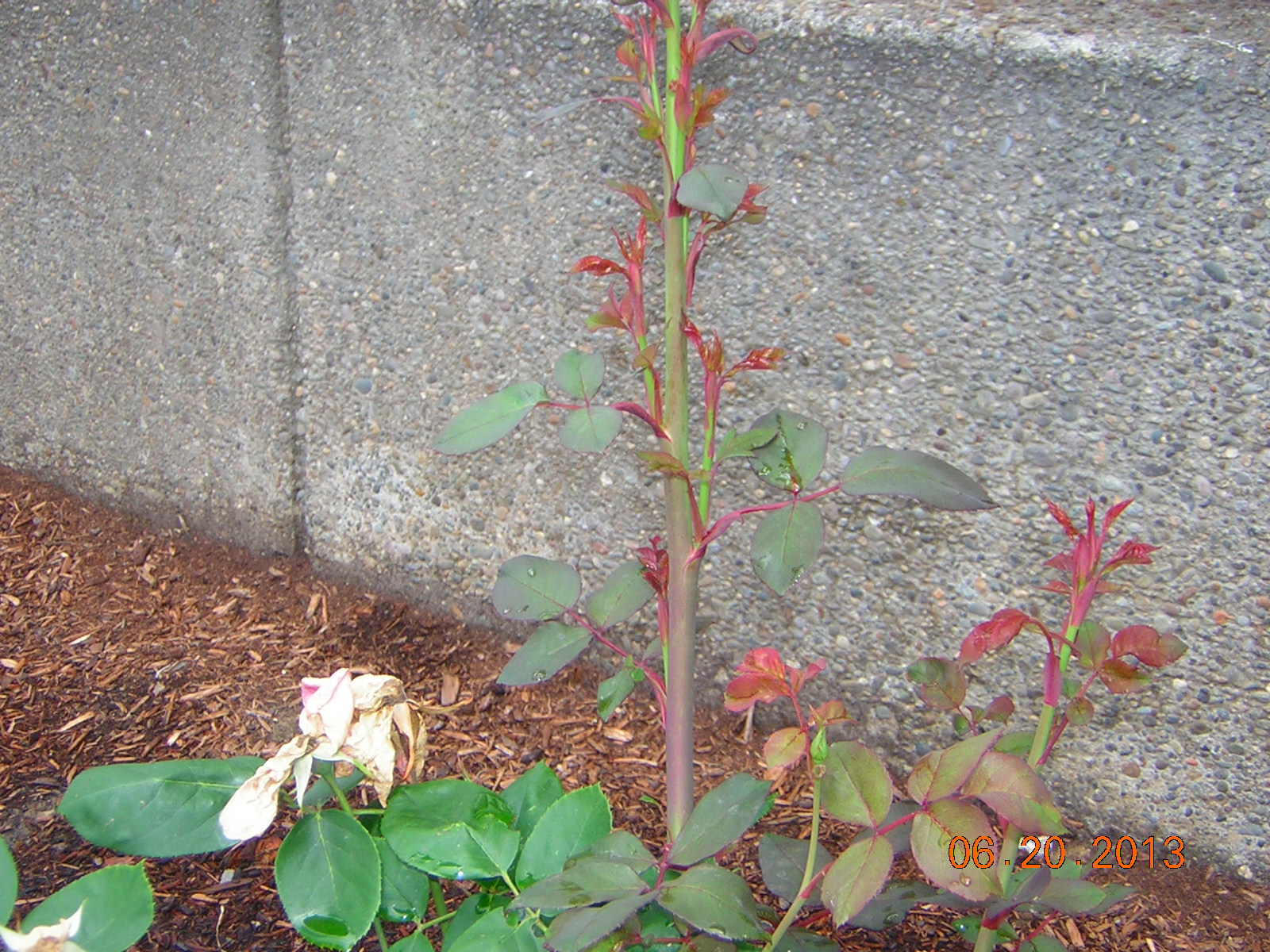 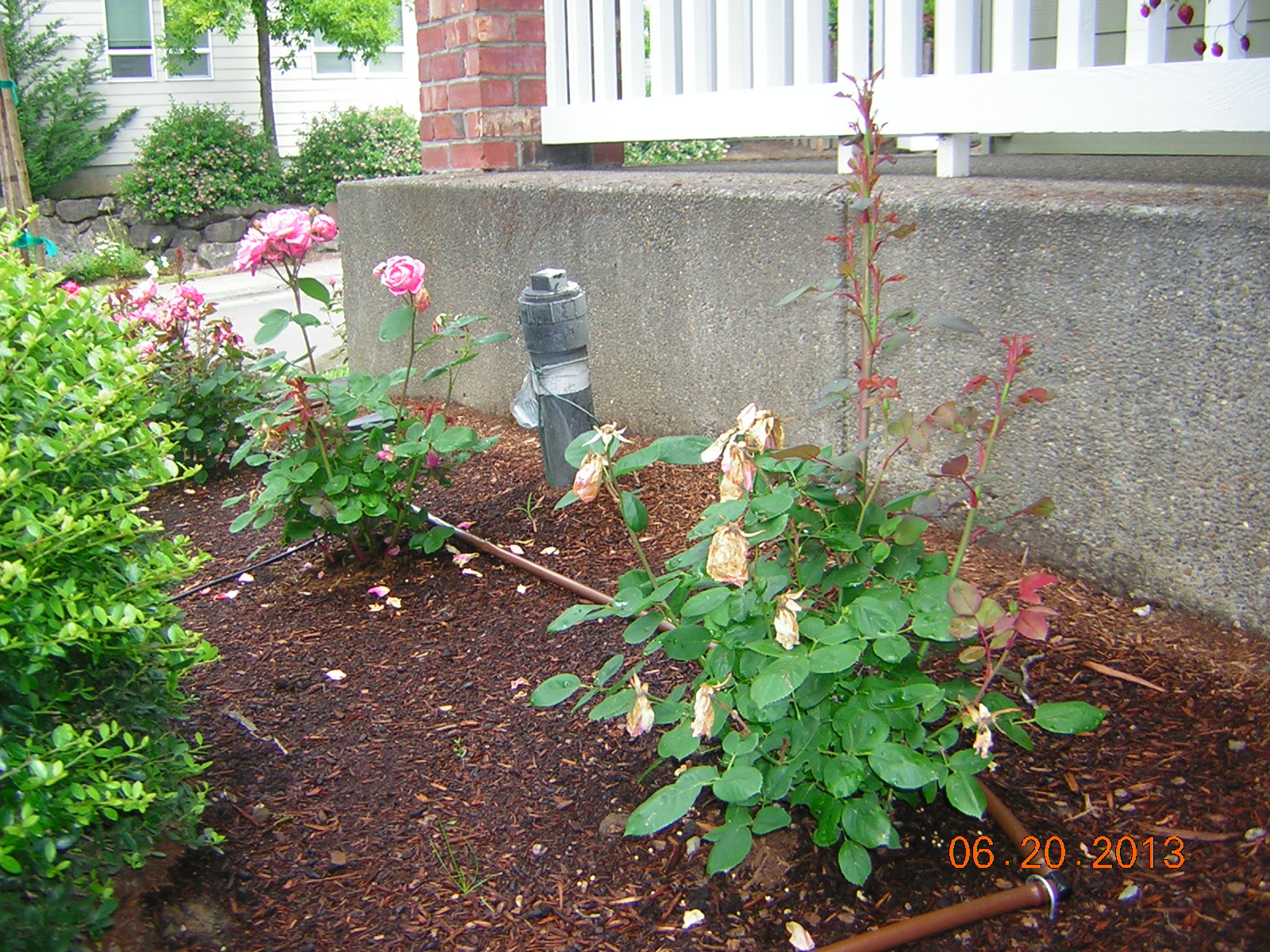 Do you know if your plants are grafted or if they are on their own roots?  If you have the plant tag, you might find the answer there.  Or if the tag has the name of the wholesale grower, we can look up that company to determine which form it sells.   Grafted roses may sprout stems from the root stock, especially if the graft is below ground.  For the most part, root stock produces rather small single red roses.  In such instances, those rapidly growing canes would be removed.

But if the rose is on its own root, then those vigorous canes are Knock Out roses.  If so, you need to decide whether you will let it/them grow or snip it/them back.

You may be able to determine if your plants are grafted by poking around at the base of the stem.  An own-root rose will have a straight main stem that branches at the top.  A grafted rose will have a short straight stem from which  the top growth is slightly off to one side.  (Hope that makes sense because I’m unable to locate a good illustration for you.)

Knock Out roses are often described as not requiring special care.  Mine -- one of the reds -- was a strong grower which sometimes put out vigorous canes as yours are doing.  Because I was also looking for a minimal care rose, I left it to its own devices.  It eventually became a large mound over the next 6 or 7 years, almost 6 feet tall by at least 8 wide.  So, to maintain your roses in their currently allotted space, you will need to prune them now and them.

Jean R. Natter Replied June 20, 2013, 10:51 PM EDT
Thanks for your response.  I tried looking and feeling around the base of the plant to see if they are grafted and it is very difficult for me to tell.

However I can tell that the vigorous shoots are coming directly from the ground and not from the plant above ground (I'm guessing they are from the rootstock area).

I have noticed the one shoot from the picture I originally attached has a small flower bud that formed on the tip.  Perhaps if I let the bud bloom I may find the answer of whether the rose is grafted if it doesn't look like same--then snip off if it isn't the same.

The label I have that came with one of the plants appears to be the actual brand name label for the Pink Double Knockout Rose--it does say "Grown under license from The Conard-Pyle Co., West Grove, PA 19390".  No other address or grower info is on it.

I’m sorry that your detective work with the plant and its label didn’t turn up any good clues.

But, yes, follow your instincts.  Allow that flower bud to open, then you’ll have your answer.  And if you have time, please let me know the result.

It has been about 2 weeks and I patiently waited for the first bud to open on the vigorous shoots on my knockout rose.  I was relieved to see it was indeed the same pink color as the original plant's blooms.

I've attached updated pictures.  The newly opened bud that solved the mystery is the topmost one you can see in the pictures.

I will keep an eye on the rest of the plants as they have been doing the same thing and growing some vigorous shoots too.

Thank you so much for your help and support with this.  It is greatly appreciated! 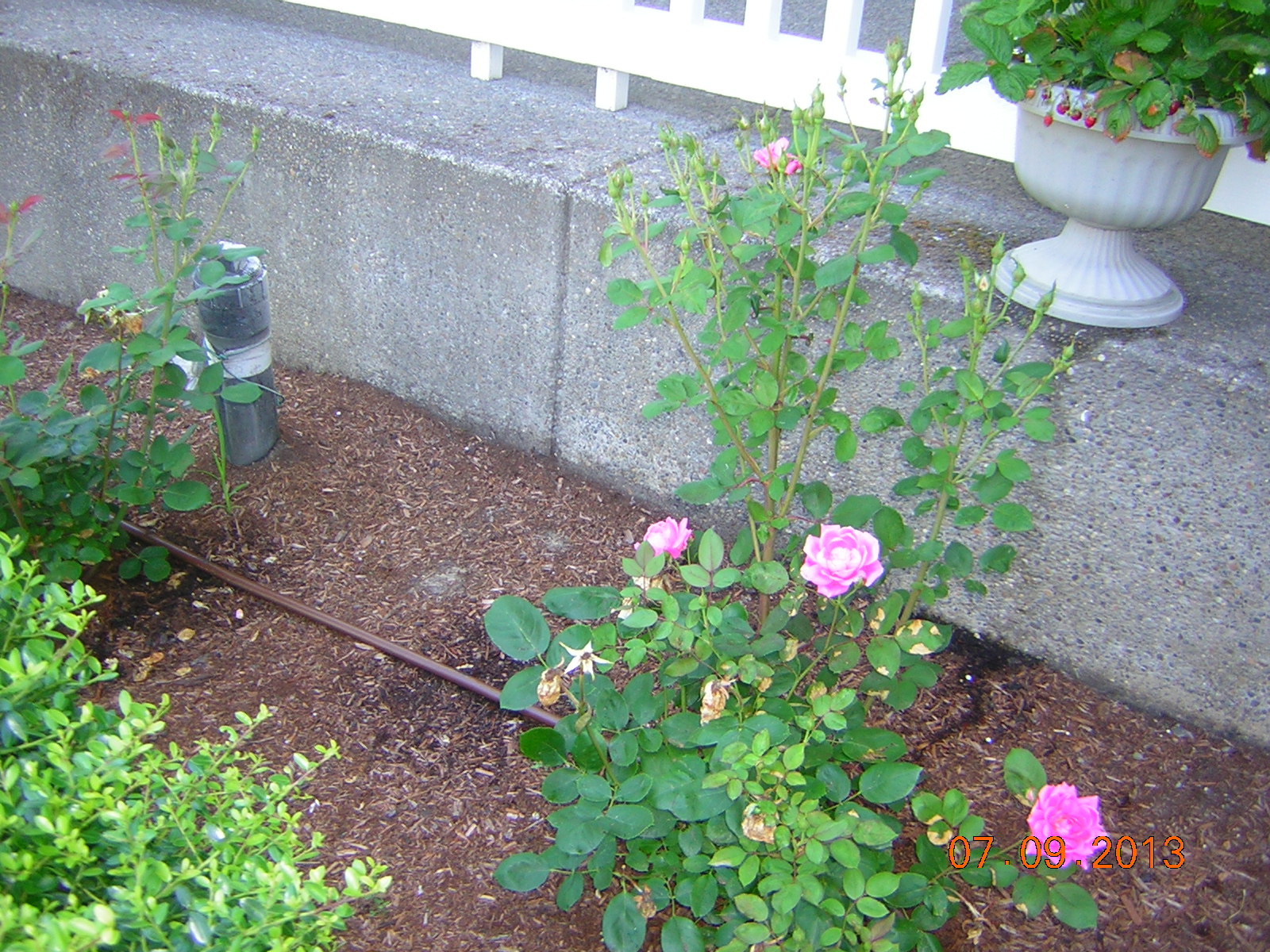 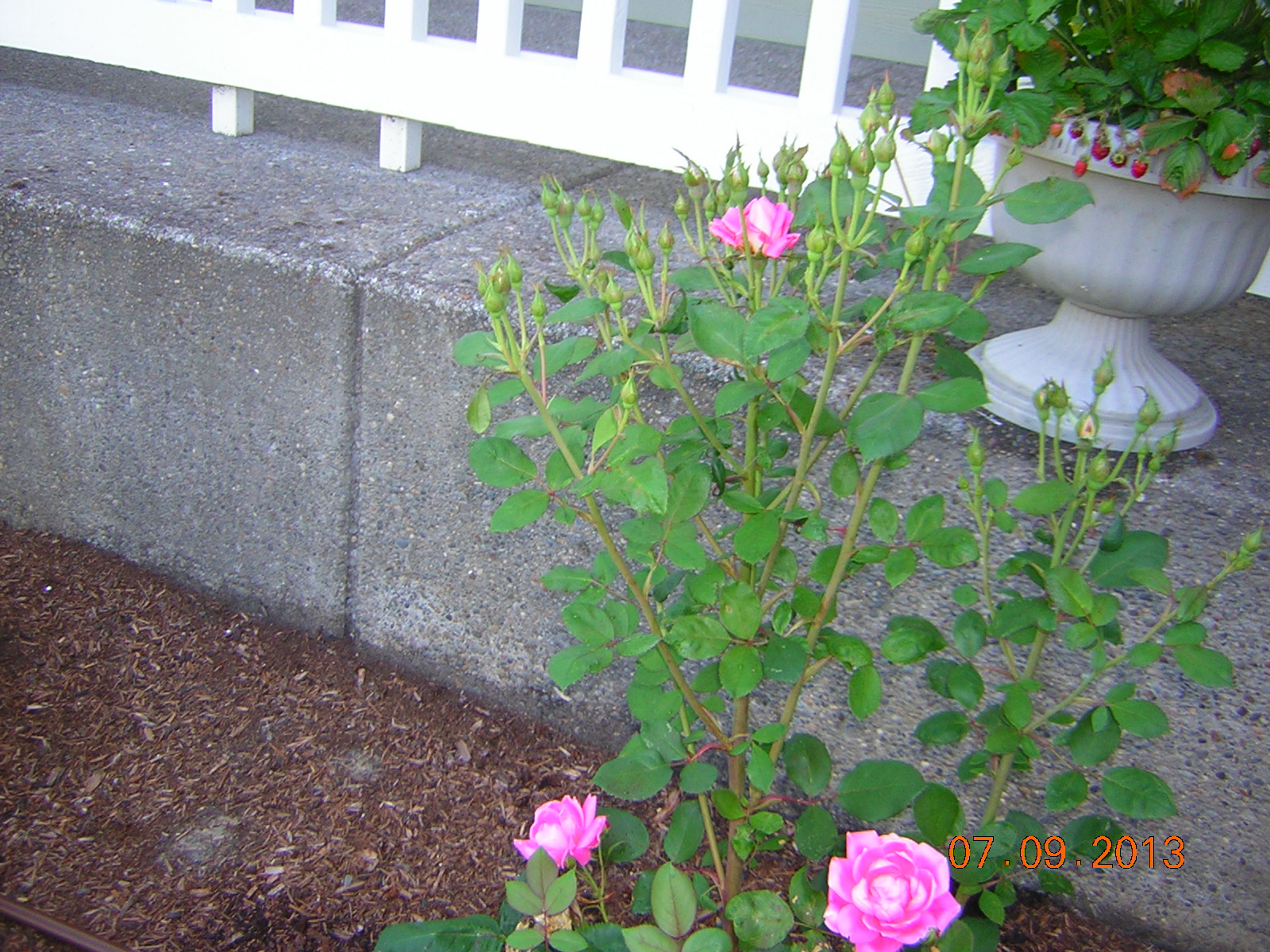