I was asked recently if chayote (S. edule) [aka. christophine and vegetable-pear] is a short-day plant. I am not sure how to answer this as chayote requires about 12 hrs. of darkness to stimulate flower production. But it seems to be between short-day and long-day. It is day length sensitive, so it cannot be neutral. Any insights?

In 2003, my daughter and i planted some Paul Bunyun hybrid seeds which produced a large sunflower plant. We didn't plant seeds after that but this year a large plant grew next to our morning glory vines. The stalk is over 7 foot tall but we didn't get any sunflowers. We got over 30 pods the size of a golf ball that have turned black and contain seeds. They start out as a small dime sized 5 petal yellow flower. Then from inside the flower the pod starts to grow and pushes out the 5 petals of the flower. The morning glory vine is totally wrapped around the sunflower stalk, leaves, and stems. Have you ever experienced having a sunflower that didn't generate the traditional flower but a smaller, more delicate one that developed into a black seed pod?  Thank you ! 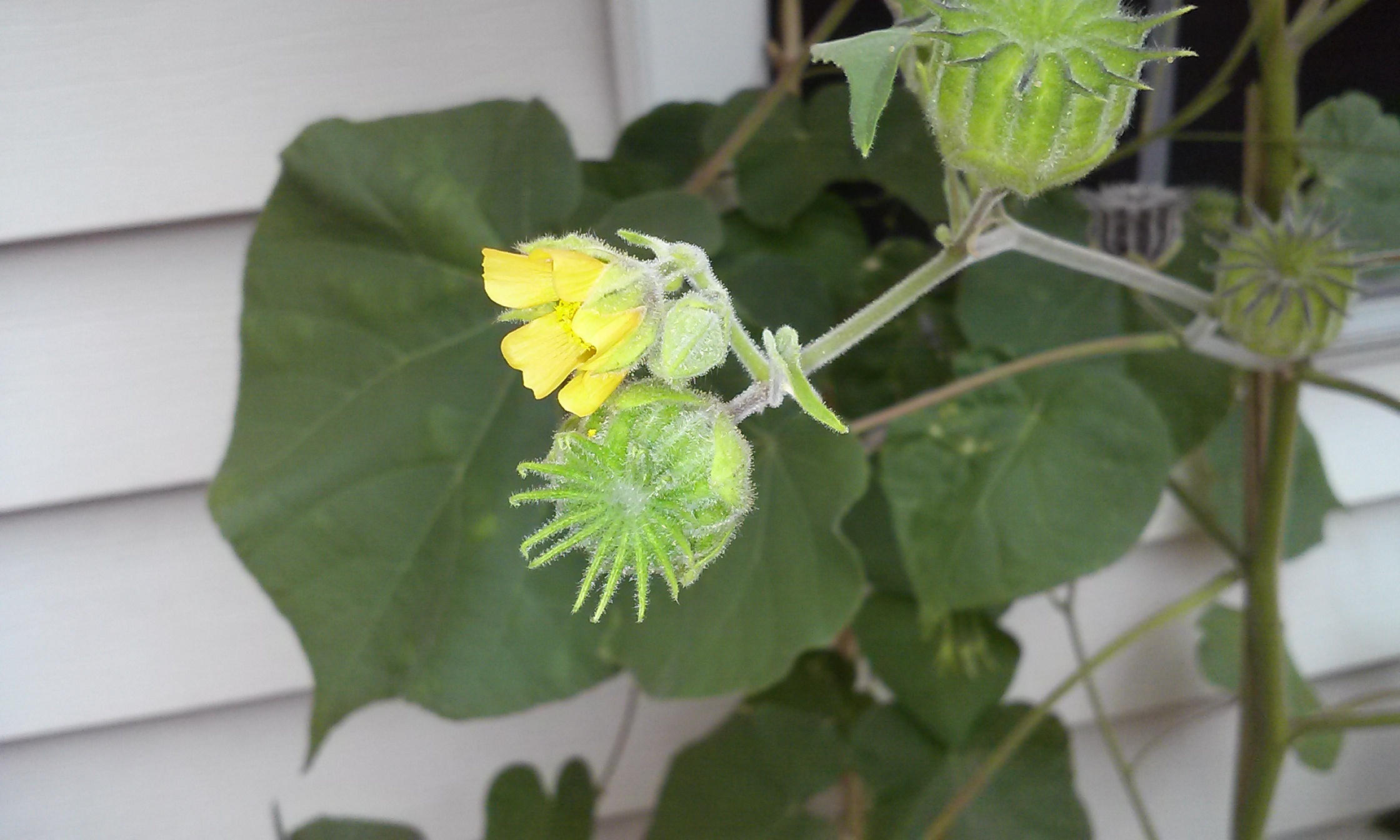 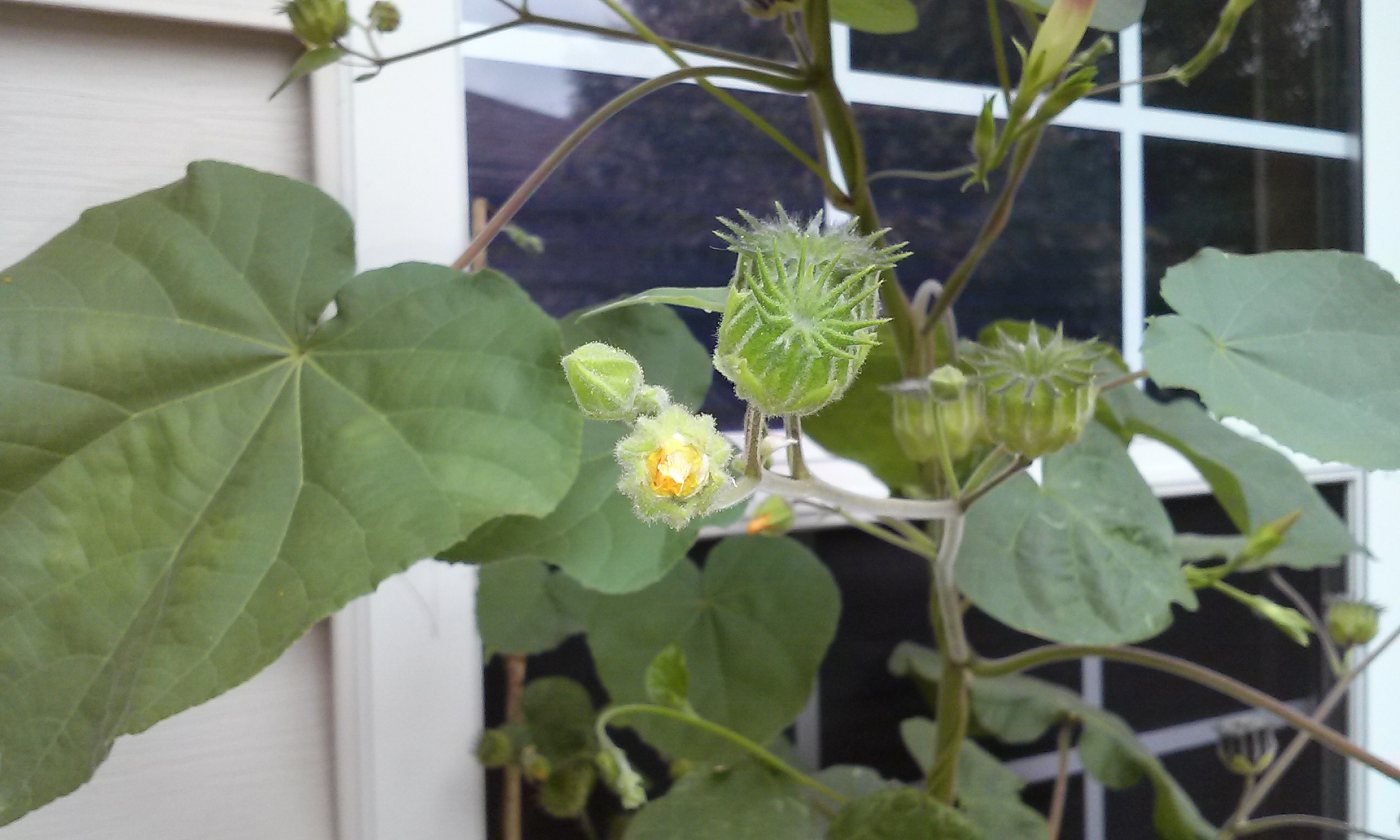 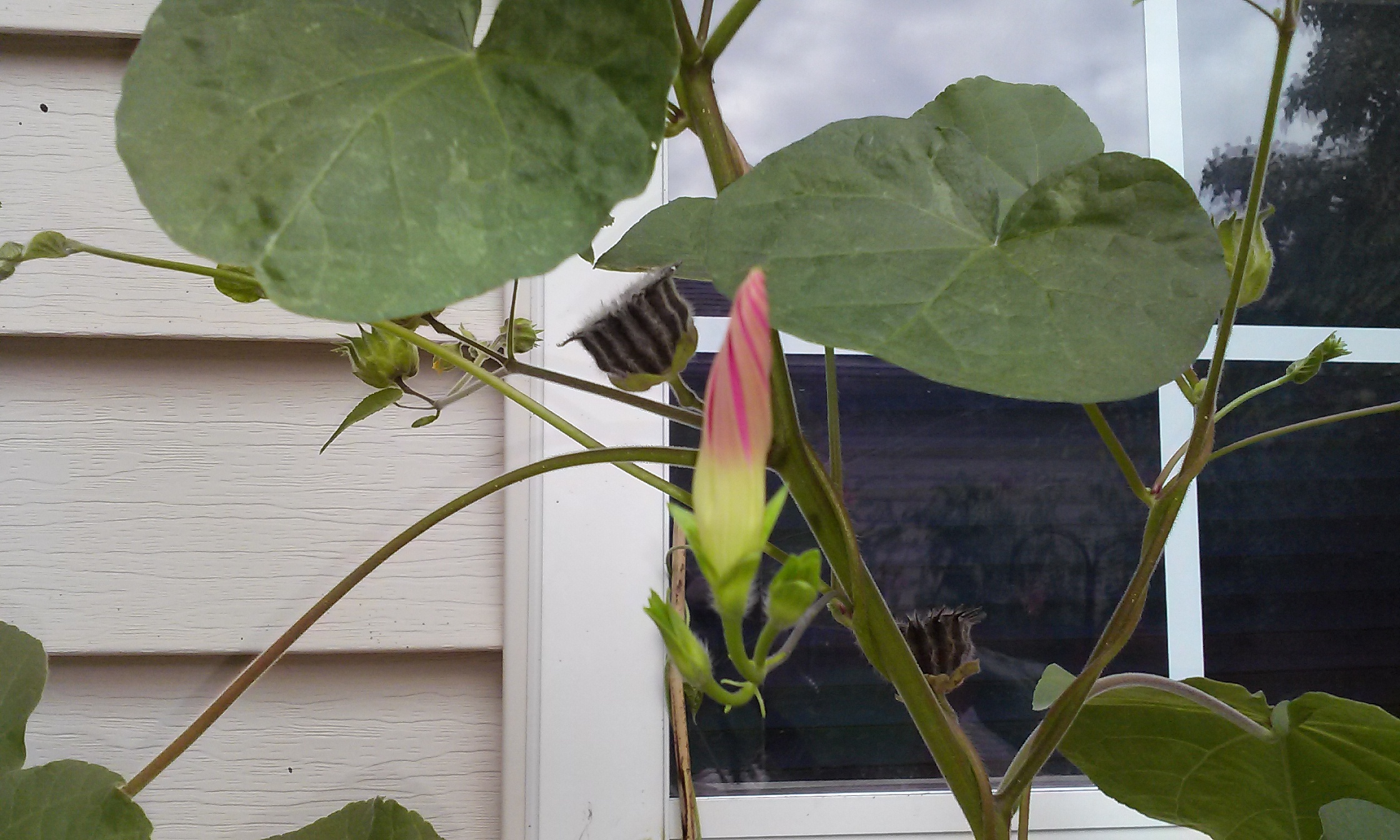 My emerald green cedar started to dry out from the top and is now turning red. These are at least 12 yrs old. What is the cause ? Will the affected cedar affect the other cedars. What to do to save them. I have 3 affected.

Hello!
We planted 2 autumn blaze maples 13 years ago in our yard...one in front (south side) and one in back( north side). Both had gotten taller than our 2 story house. For the past 3 years, the one in the back yard started developing yellow leaves and did not come back at all this spring. The maple in the front is starting to show the same signs....sounds like the iron chlorosis your website talks about.

1) Is there ANYTHING we can do to help this beautiful tree survive/get better? Should we use a certain weed n feed on the lawn around it?

2) Is it possible to hire someone there to come look at it and give us suggestions?

3) What would YOU do if this tree were the glory of YOUR front yard?

Thank you for any help you can provide!
Pam 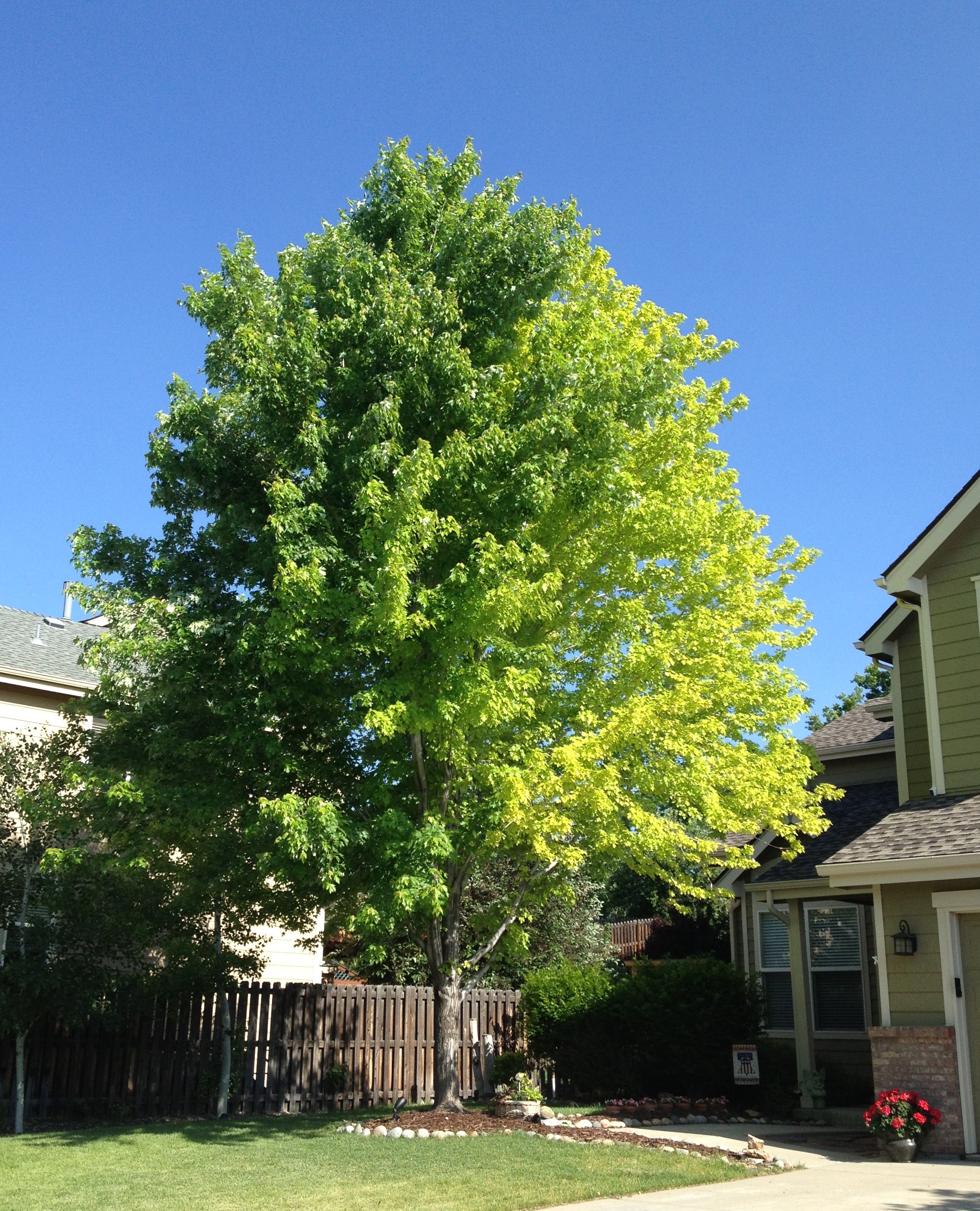 I have what looks like poison ivy and possibly oak too, growing all over a property I just bought in the Dallas area that had been abandoned for 5 years.
I've already sprayed about 10 gallons of roundup, which has been working.
Problem is, upon walking a new fence line yesterday, I found what looks like giant poison ivy shrubs.
These are free standing shrubs, growing as high as 14' tall.
I googled poison ivy and read that in freestanding form, can get as tall as 4'.
I can't find any reference to it growing 4 times that size.

I've seen poison oak grow into it's own "tree", but these are smooth leaves, pretty sure not poison oak.

Can you please look at my picture link below, and confirm that this really is a "Jurassic park" form of poison ivy?  - and if so, is this normal?

I've been spraying roundup with a pump garden sprayer, but all I can think of when seeing stuff like this is the line from the movie Jaws... "I think we're gonna need a bigger boat". 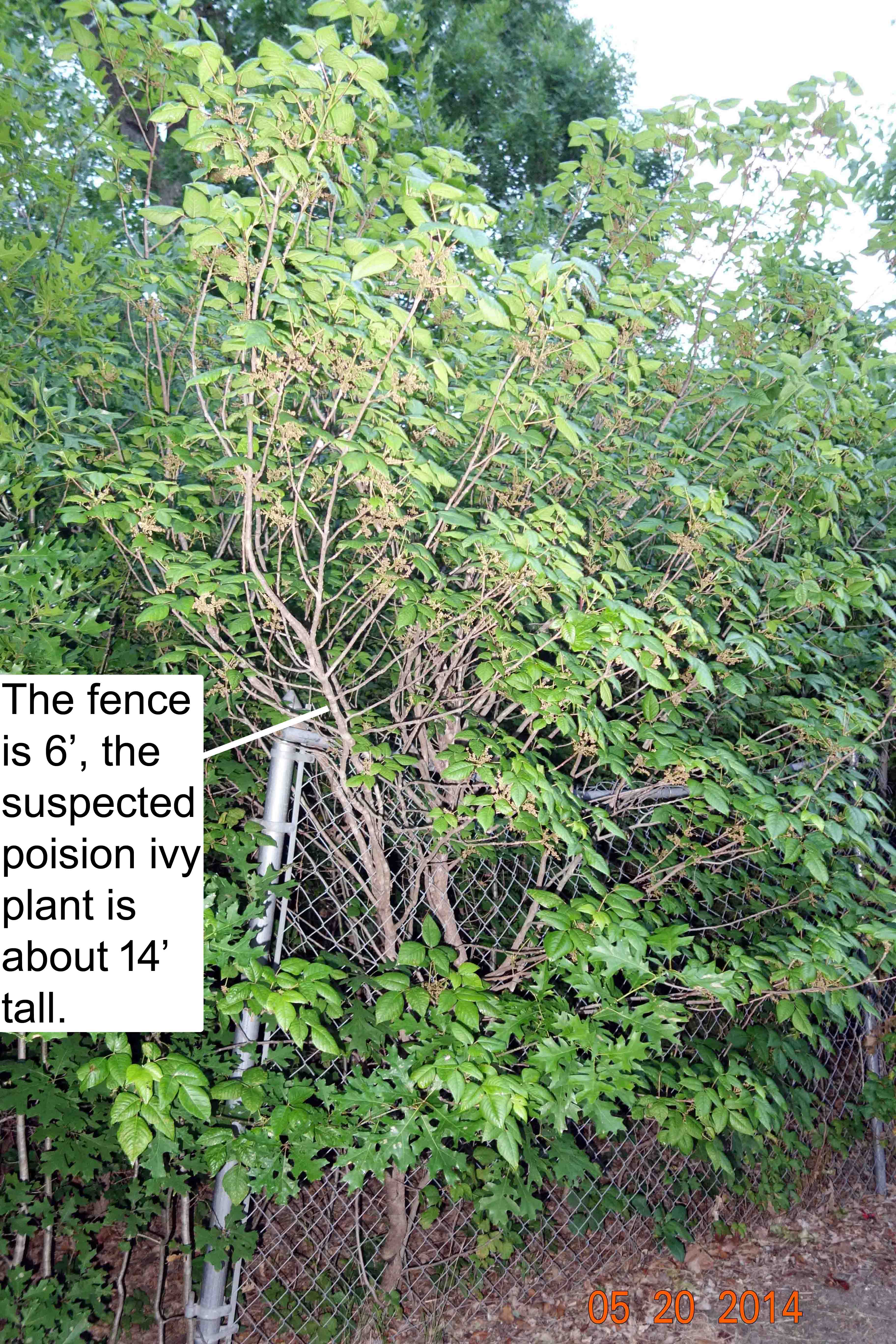 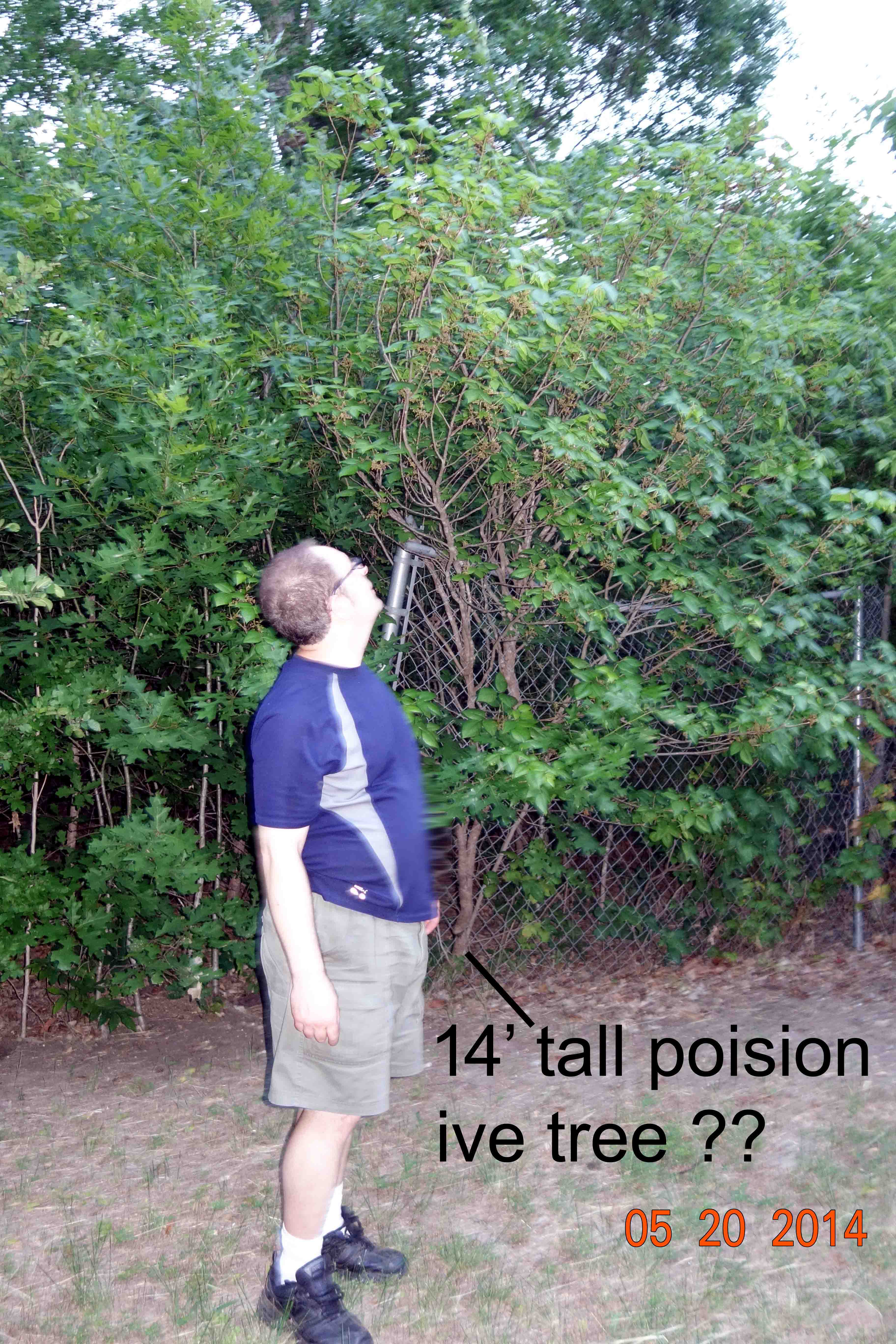 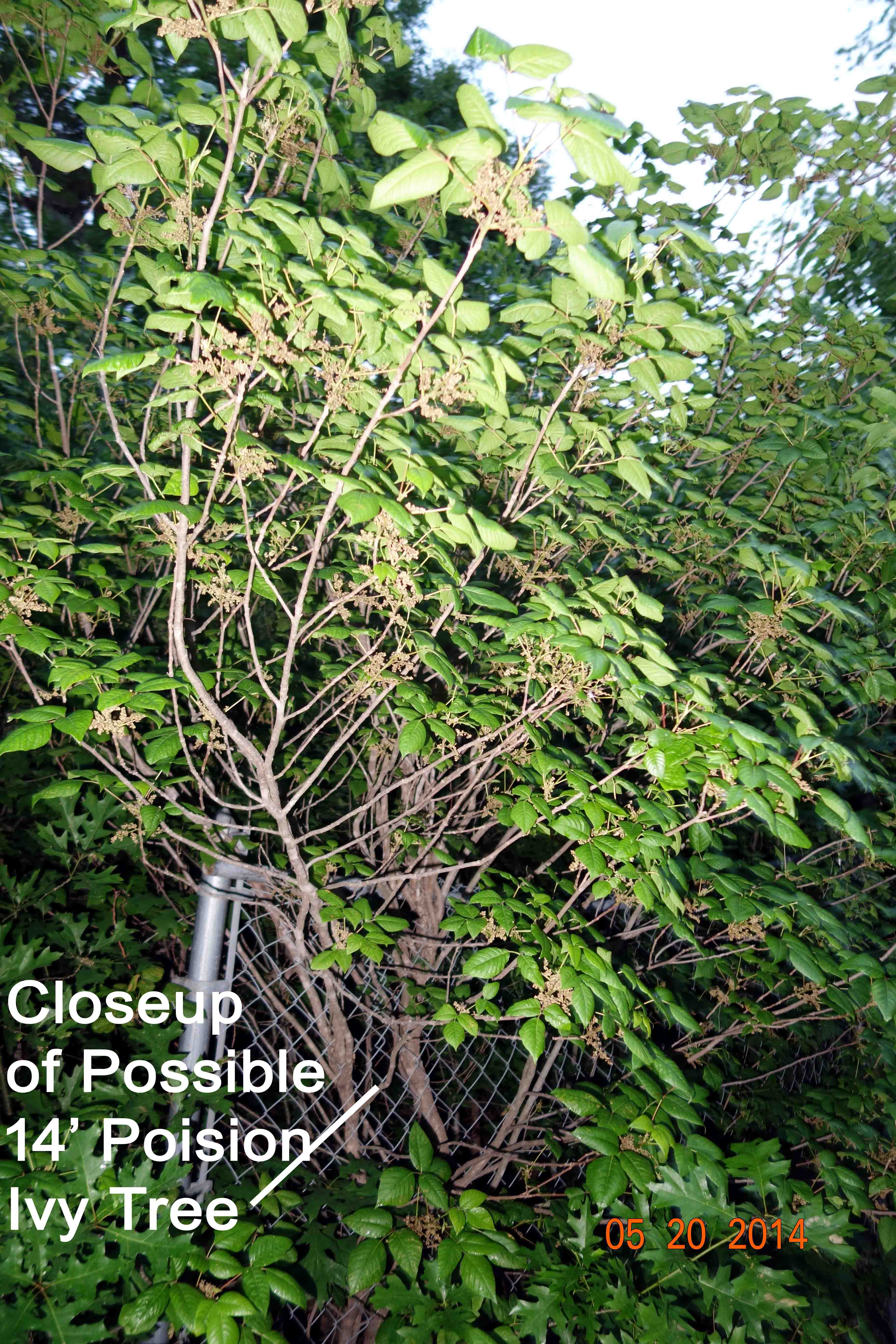 The tree has always been well leafed out except for this spring.  There did appear some early dropping of yellowing leaves in late summer last year.  This spring there were a few flowers and now only about one fourth leafed out with many bare limbs.  These leaves are drooping and immature looking.  Wondering if the cold winter and late frost could cause this condition or does it sound like a disease.  Interesting that the leaves that are there are at or close to the terminal buds and lateral buds have produced few leaves.  I don't want to loose this tree.

We moved on a very cold day. Is there anything we can do? Thank You.

I have approx 150 year old black walnut tree.  While trimming, I noticed that the main crotch of the tree has some debris that appear to have rotted causing a spot that looks like top soil.  I read that I should remove all the debris and use some sort of cement to keep water out.  What is the best way to preserve this tree? I don't want to loose it. 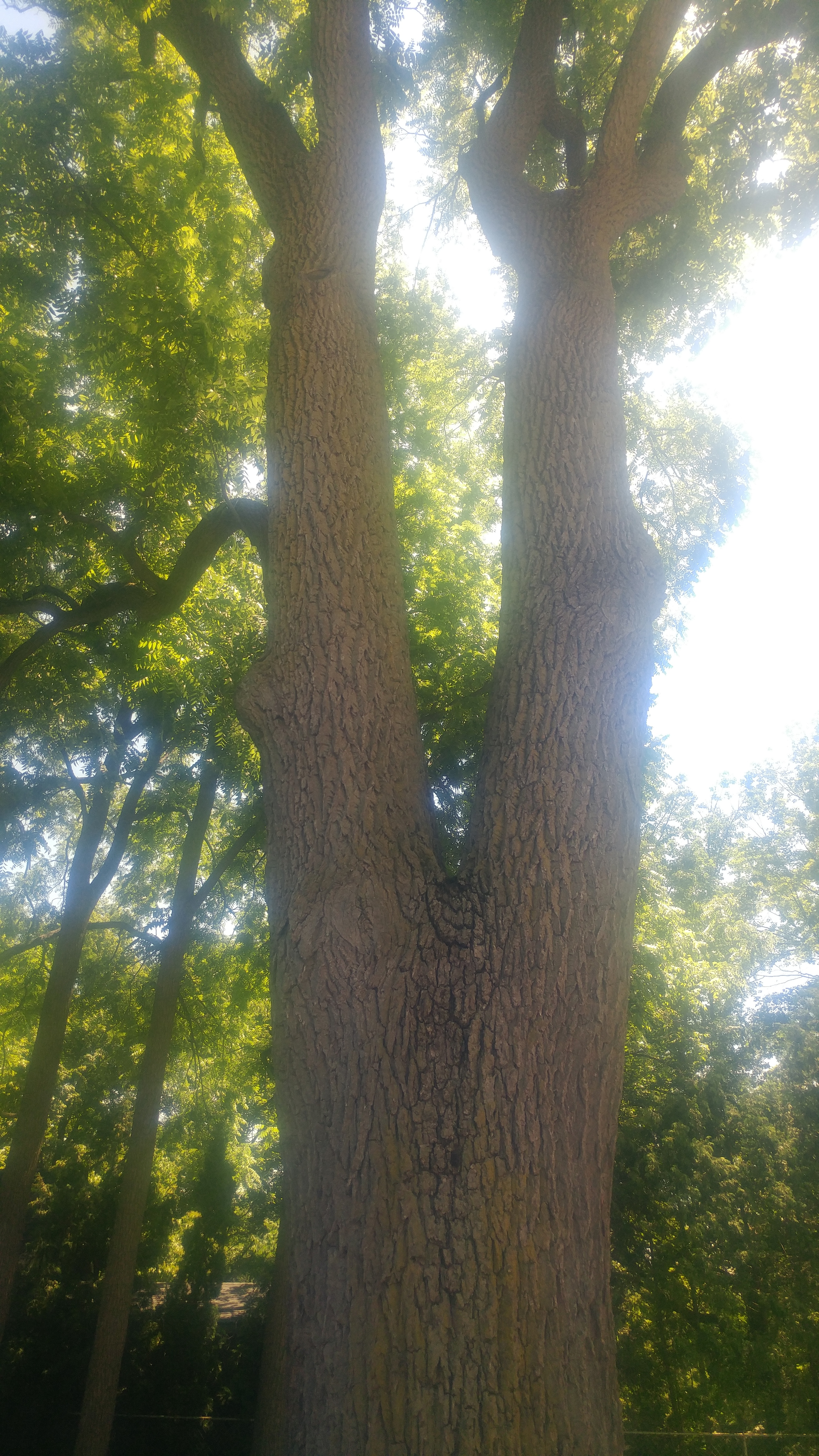 I got some 16-16-16 fertilizer for my plants, but there are no directions telling me how much to use. I have perennials, boxwood, Eternal Fragrance daphne, apple trees, hebe, astilbe - a whole variety of plants to fertilize. Is there a general rule as to how much to use. Thank you. Lynn

What were the fall flowers in 1850

We have a small garden, 10'x10', at an historic house; what flowers would have been planted there? We're thinking perennials with some bloom each season. It would be fun to have a few that are not common today. 1850-1875 Could you give us the list of your sources?

What is scientific name and local name? 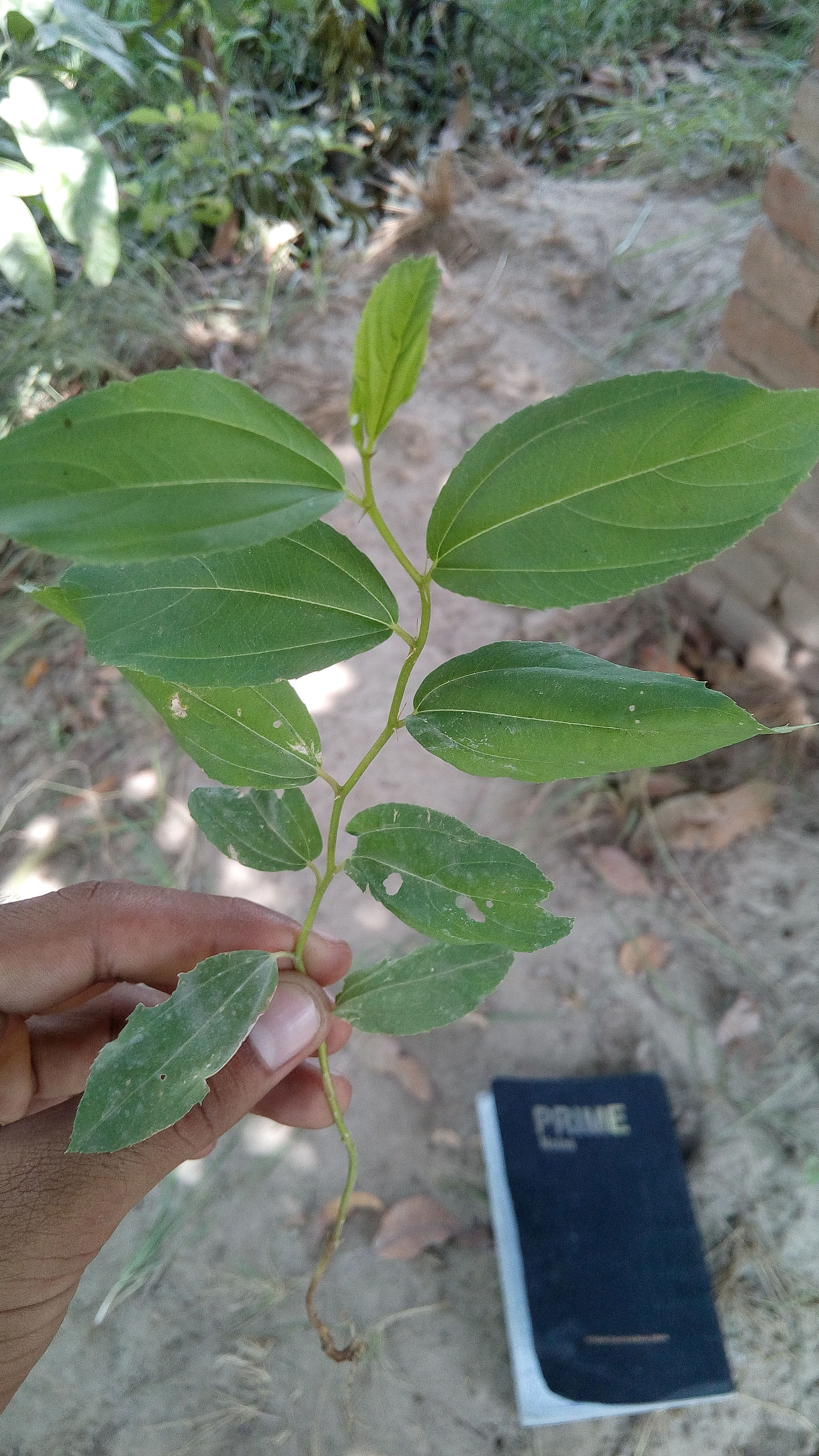 We have a cabbage that has formed 2 separate heads. We were told this is very uncommon. What is your take?

I am getting close to completion on the construction of a new home on a lot near the river in Moorhead.  The previous home was built in the early 90's and was removed as part of Moorhead's flood control buy-out program.  After the construction of the dike the city resold several lots and mine is one of these.  The lot has many trees, with several ornamental trees including a white birch tree with 3 trunks.  I assume it was planted at the time the original house was built as it is fairly large and mature.  However, it now appears only 1 of the 3 trunks is thriving.  One trunk has obviously been dead for some time as there are no branches on it.  I am certain the second dead trunk had leaves last year, but it is not budding this spring.
The new driveway has ended up very close to the tree (less than 2 feet from the edge of the concrete) and the tree roots were dug up on that side of the tree in order to pour the driveway (which was done just 2 days ago).  Over the course of construction, some branches of the tree were broken by the excavators/dump trunks.
My question is, should I attempt to keep the tree with a single healthy trunk or would it be wise to remove it now before final landscaping when it would be easy to pull the stump?  I would prefer to keep the tree, but it doesn't seem like a viable option.
I appreciate any help you can provide.

Hi,
Would you know the answer to the below 2 questions or could you please direct me to someone who would?
1). Arborvitae - I was wondering if you know of any possible Arborvitae that would grow to 10 to 15 feet high and approx 4 feet wide that would be Deer resistant, i.e., that Deer dont eat?
I plan to use them as a border hedge.
I planted some Holmstrups and Deer dont eat them, but they only get to about 7 feet.
2). Boxwood Hedge - I was told that Boxwood is very susceptable to Winterburn. Is that true?
Would you know of a good hedge to plant around the base of two large Maple trees?
Thanks much.
Jeff Combs

2 questions I had a couple squash plants turn yellow and die last year. Other plants were un affected. Corn smut- is there anything to controll it. I planted corn for the first time in my garden so there should not have been any in the soil, but several had it.

Why does this plant produce a sticky syrup on its leaves? Am I supposed to braid the new growth? 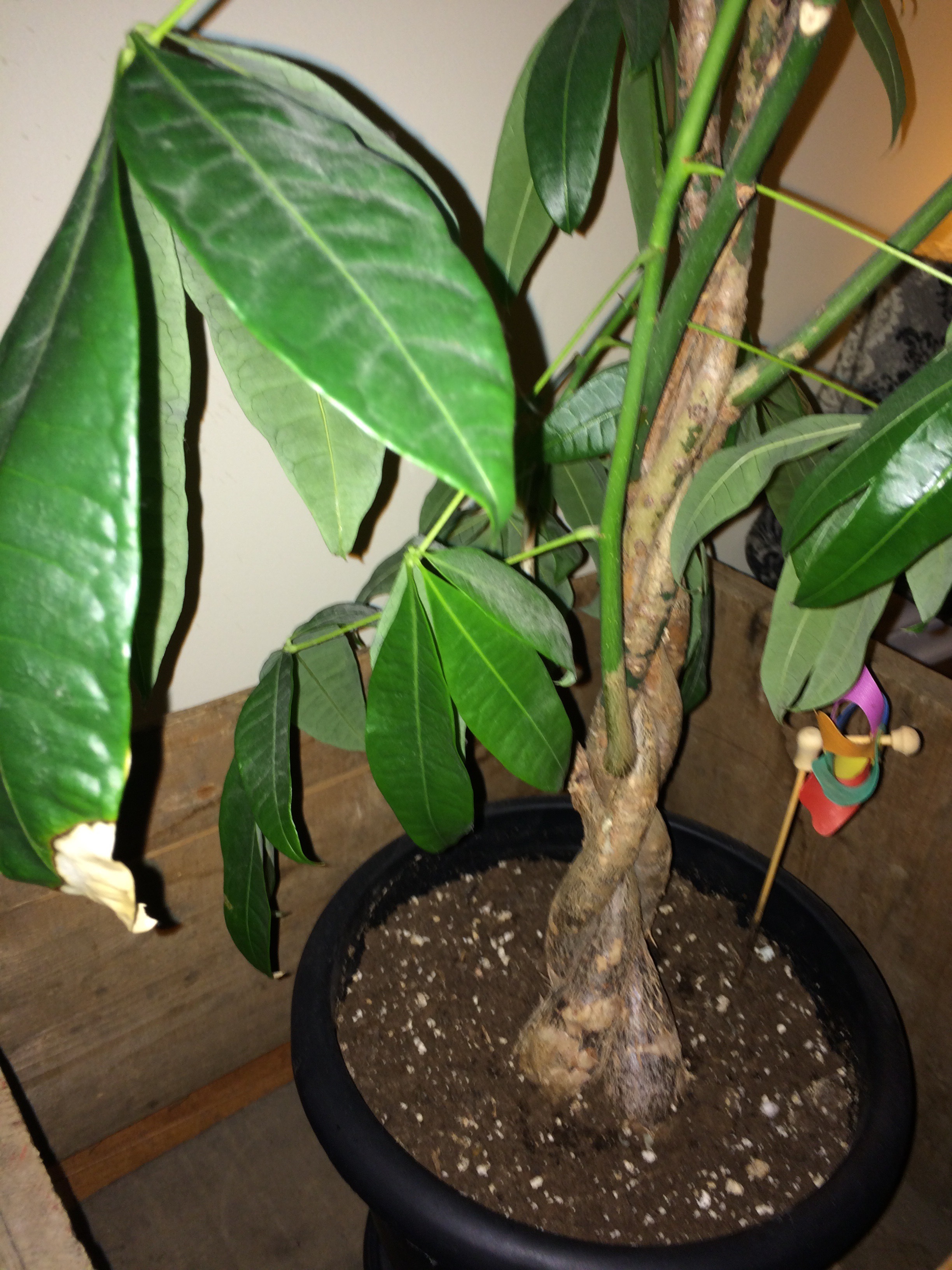 Hi, My first question is in regards to fertilizer/pre emergent treatment for my grass. I had a company come out and spray for me this spring. They sent me the invoice, and the invoice is double the price of what I expected. The reason for this, the invoice says, is that they did a "double treatment" because of the late spring? Is there really any benefit to a "double treatment" at the same time? I'm worried its a little shady... Second question: I have a critter, or critters, in yard that are digging things up. I cant tell if its a gopher or vole. One hole was large, so I thought gopher, but some of the others are quite small, so I'm not sure. I have attached photos. Your assistance is greatly appreciated! 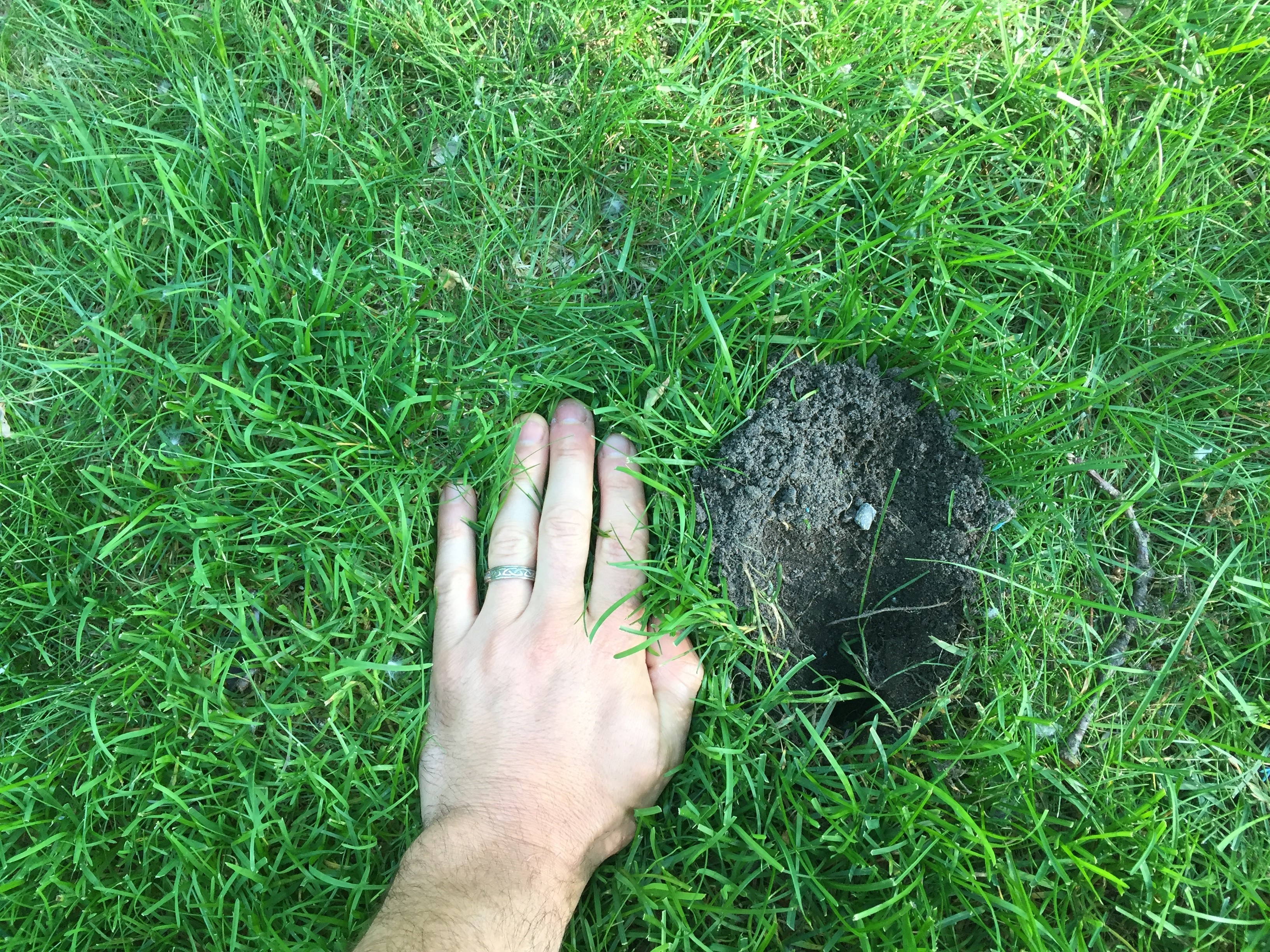 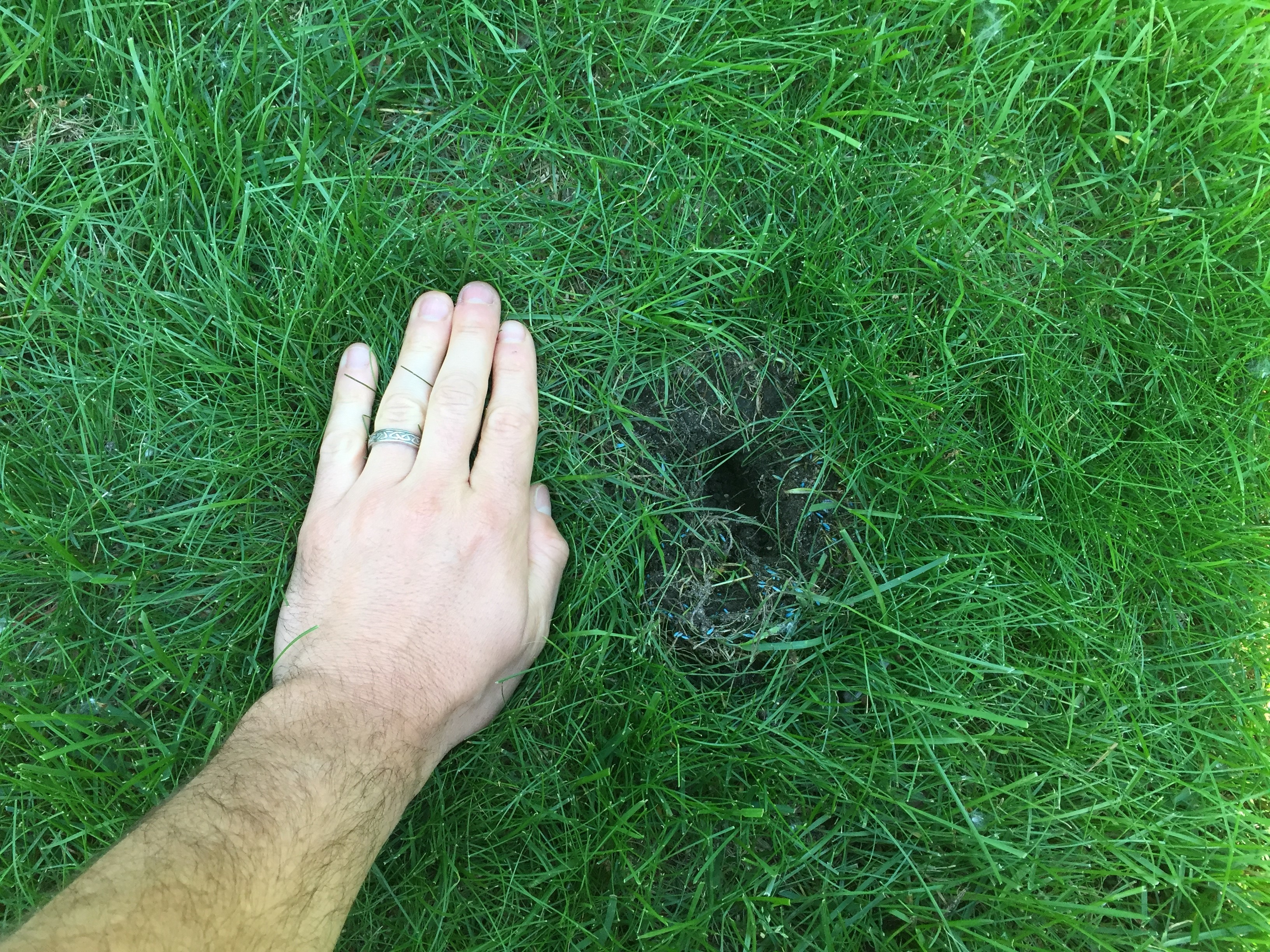 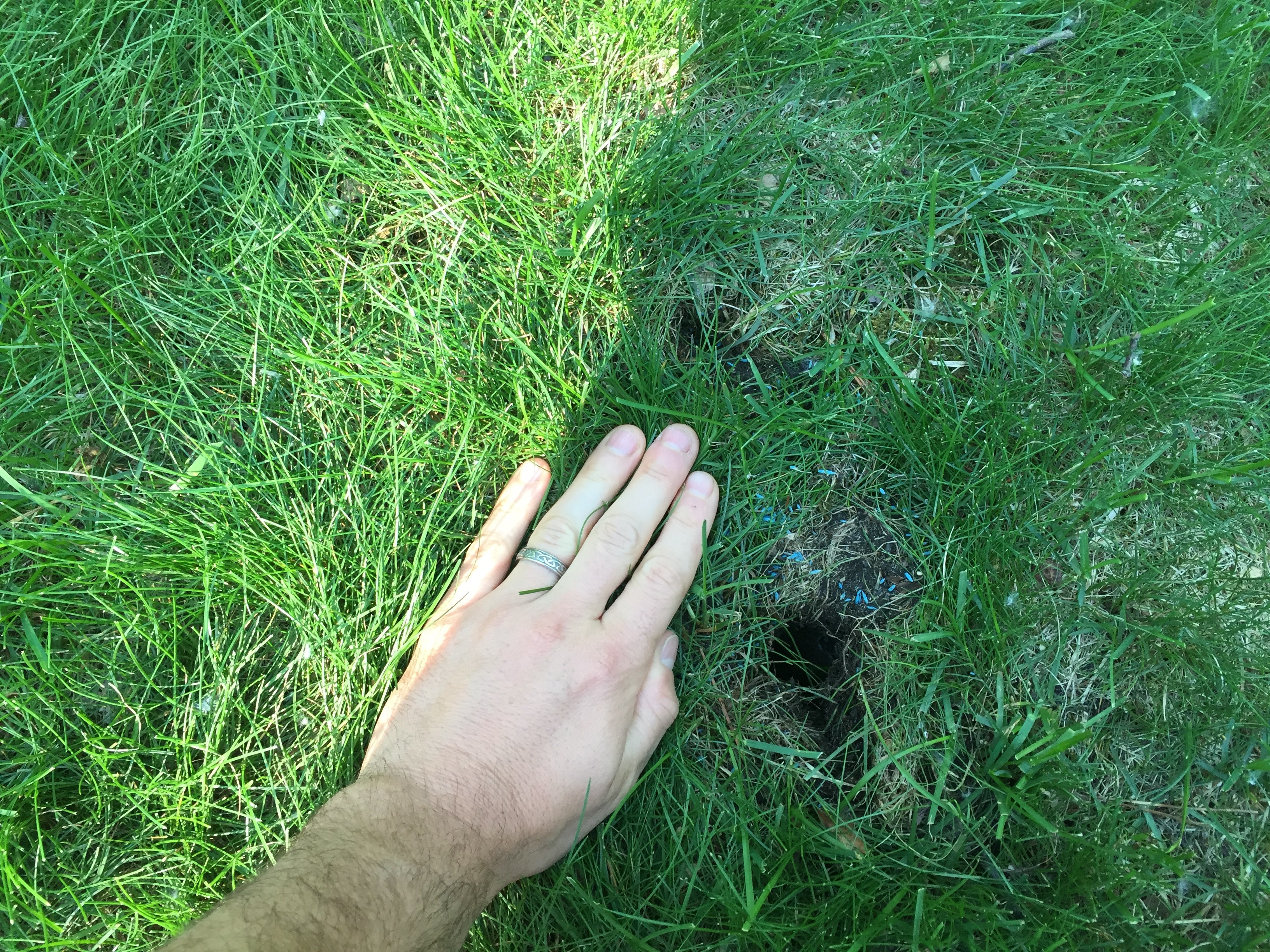 1. This year my raspberries (summer bearing) produced small and often crumbling fruit, and some of the canes have yellow intervein areas. I read that this could potentially be a virus or perhaps a micronutrient deficiency. The symptoms actually began last year, and slowly spread to most of the crop. I don't think its a N deficiency because the new primocanes are 10 - 12 feet tall! Should I send my leaves to be analyzed? If so, where? Or? (Note my plants are probably too dense - would thinning them help?) 2. I read in one of your pubs that one should not top primocanes in the summer. Why is that? I've done that in previous years because they are so tall and tend to droop over other plants - would that have caused problems? Thanks!

There were 3 trees in my aunt's backyard. Two trees died, and now the third is sick within the past 3 months.  We removed one of the trees already.  Can we save the last tree? (See attached picture of leaves). We have a very old rose bush that has dark red flowers, normal size, every year. Also every year down at the base among the stems, small white roses bloom. These are about the size of a dollar coin. Is this unusual for 2 different size and color roses from the same bush? To the best of anyones knowledge, the large rose bush was the only ever planted there. Noone remembers the white roses ever being planted in the exact same location. 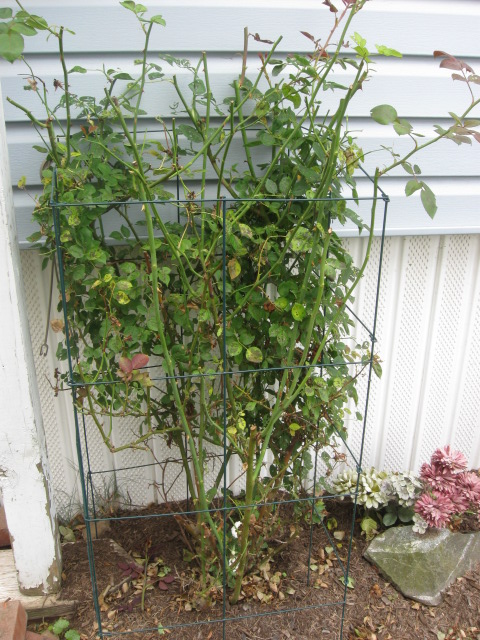 We bought a Japanese lilac 2 yrs ago and have never had a bloom or anything close. It is on the south side of our house but as you see we have a lot of old oak trees. 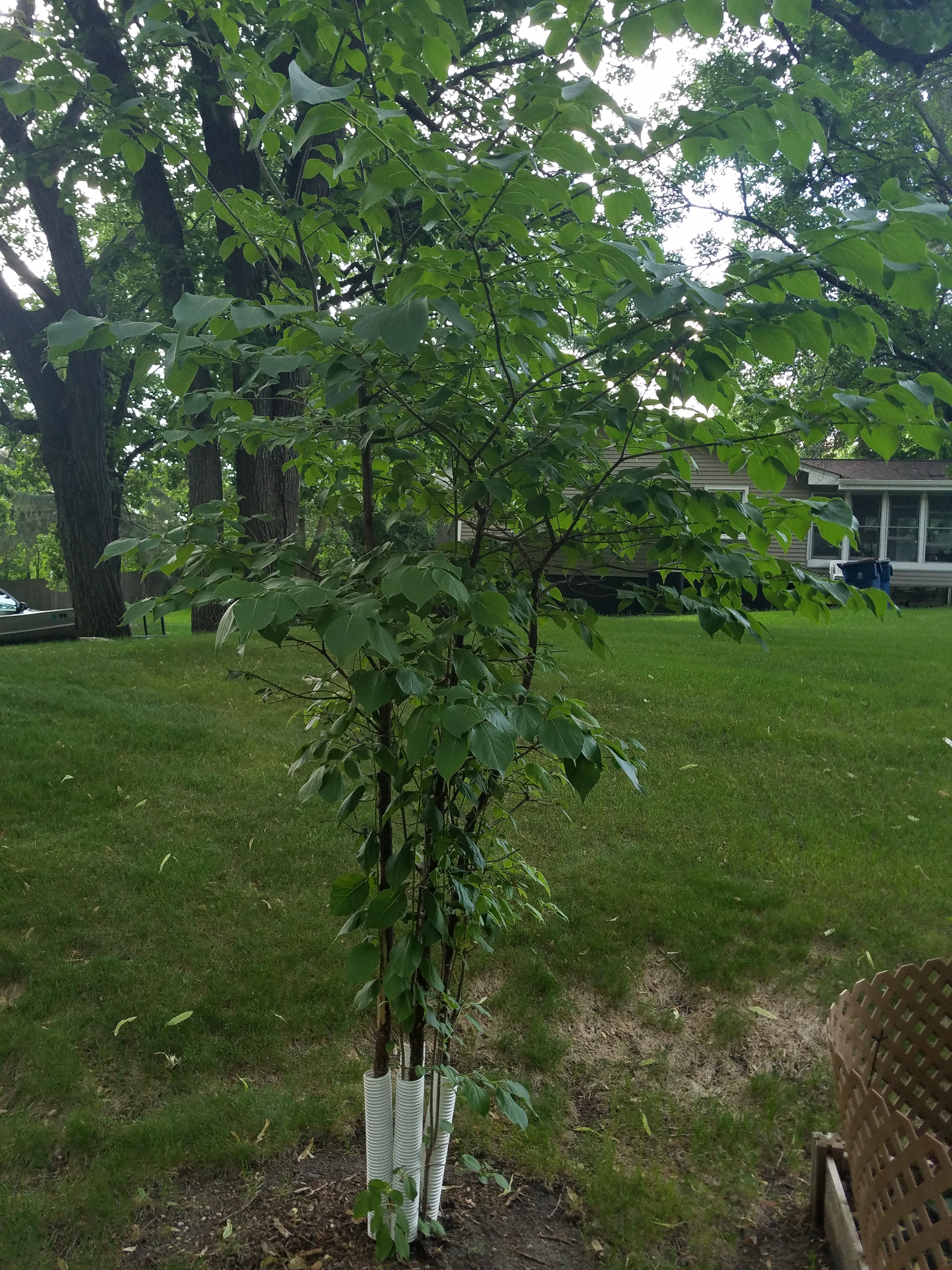 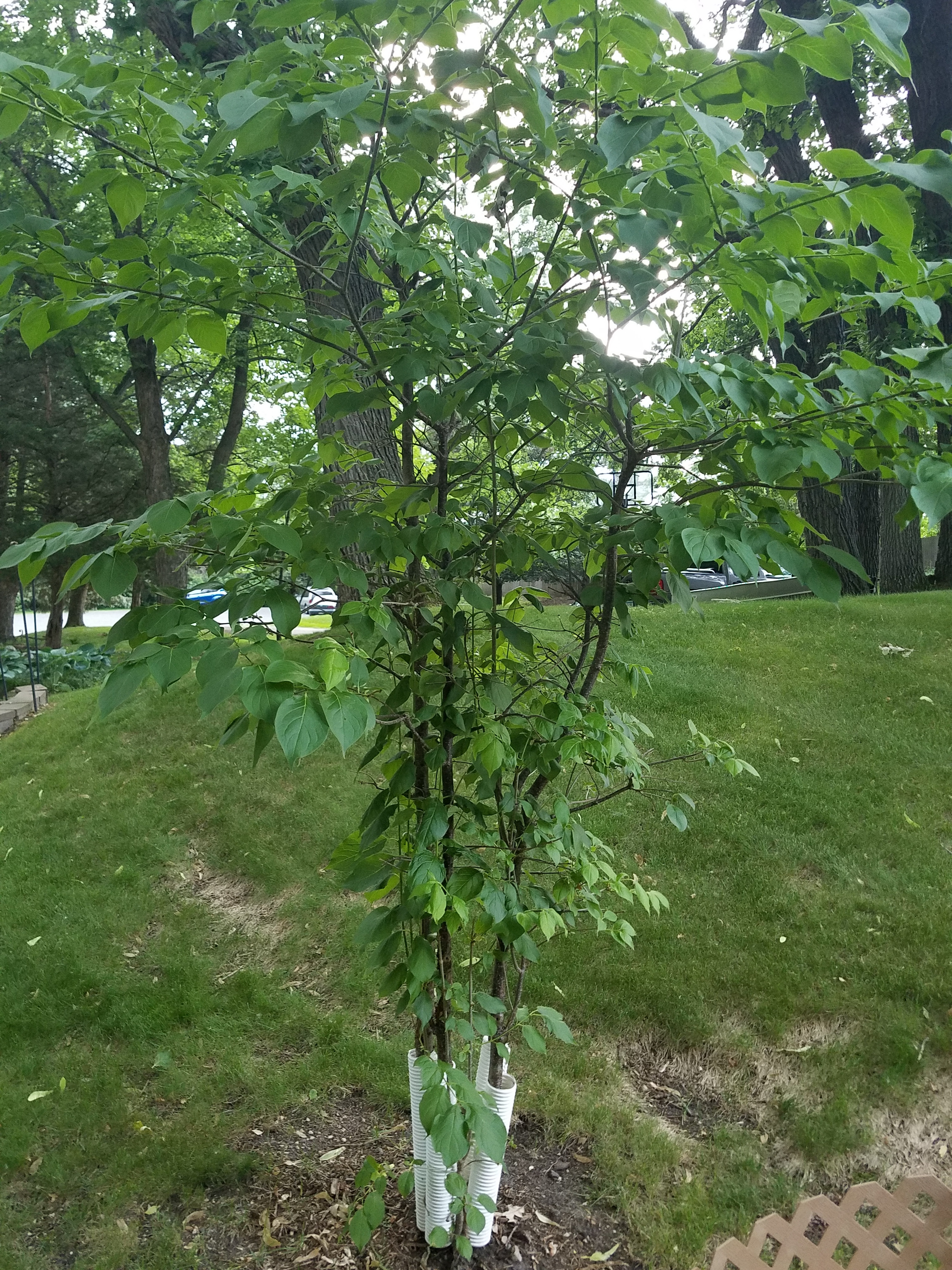 I have 4 young olive trees (2 yrs. old) in 10 gal. containers. What do I need to do, to get them to flower and produce olive trees. Is there a special fertilizer and how much water is required by olive trees? How early in the Spring do they start flowering?

Hi There.
this year I built raised garden beds at our new house in North Boulder.  I found an alpaca farm on craigslist selling composted alpaca manure and so purchased a good amount to mix into the raised beds.  It appears that something is going wrong with the tomatoes, pepper and even the chard in the bed that I can't explain, but internet searches lead me to believe perhaps that 2,4-d herbicide damage may be to blame.  I'm concerned because i don't want to feed anything to my family if there are potential harmful herbicides in the soil.  I've dumped enough money and personal time into getting my little garden going that I want to be really sure before i have to scrap anything.  in the event that the soil is contaminated, could it be used for anything else?  (Such as to amend soil for some trees i'm installing this month?  I'm attaching photos of some of the affected plants.  tomatoes are the worst- one has only severely deformed leaves (Boxcar Willie), one has slightly deformed leaves (rainbow giant), and one is actually producing fruit (sungold) but the top leaves tend to curl the tightest then somewhat unfurl as they mature.  ( may have included the pepper plant picture too, looks like it's also producing curling leaves) 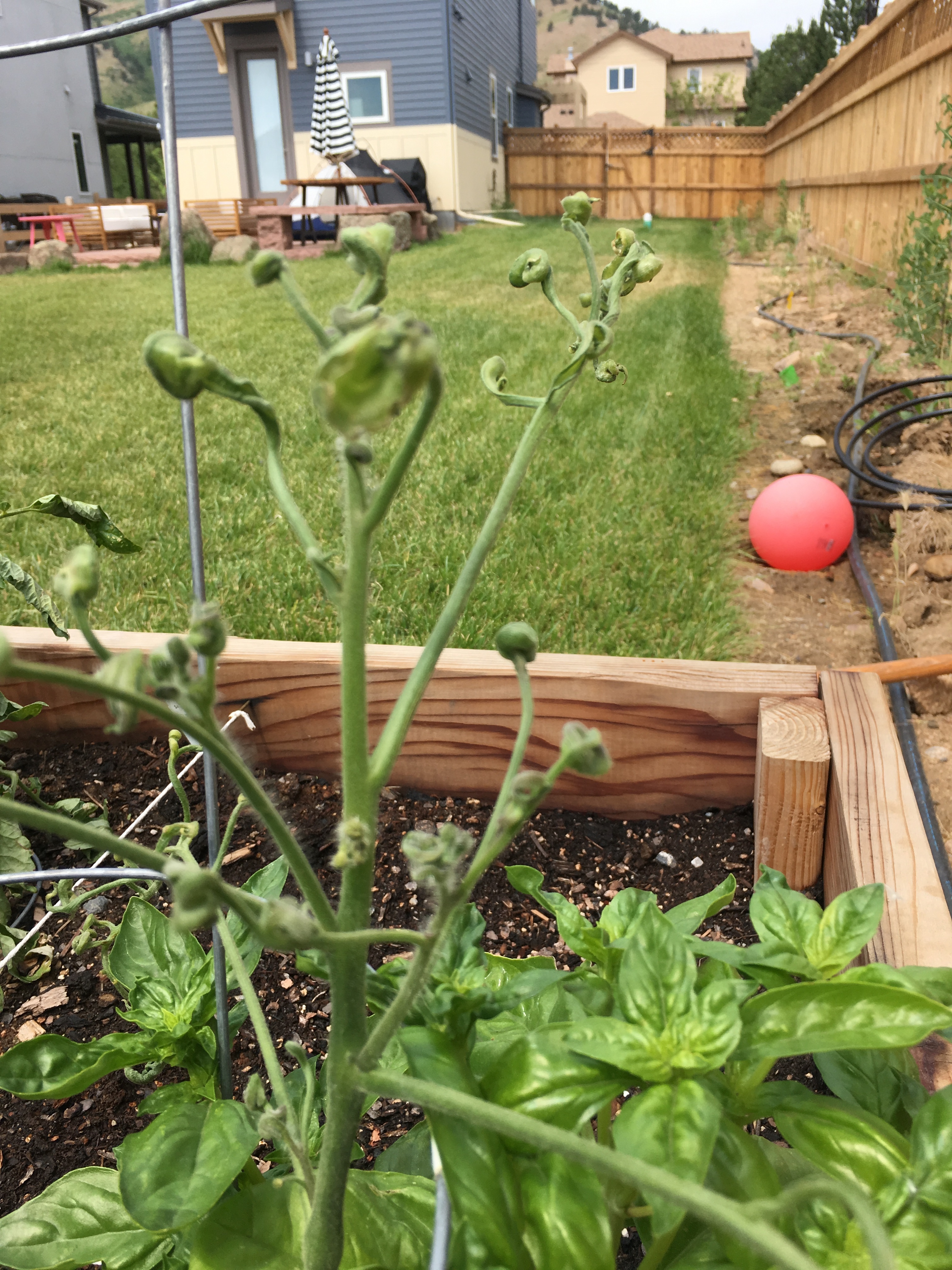